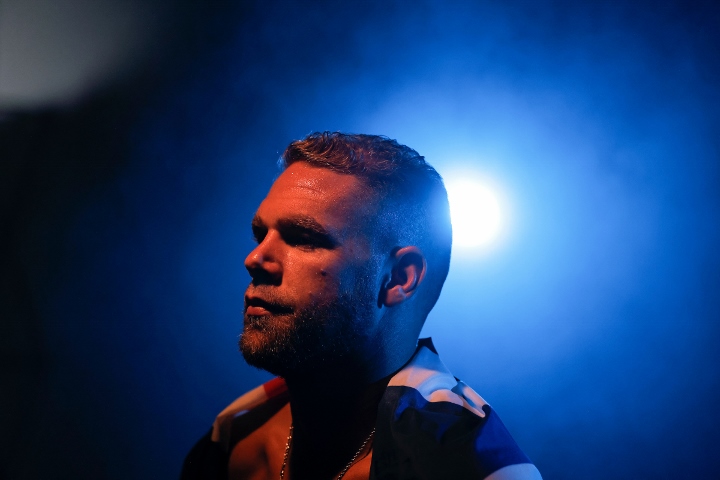 Matthew Hatton says he knew almost immediately that Canelo Alvarez was a “special fighter,” but believes Billy Joe Saunders has the style to trouble him.

Hatton was beaten on a unanimous decision against Alvarez in a bid for the vacant WBC junior middleweight world title in 2011 in the Mexican’s first world title fight and admits he hasn’t been surprised by his ascent which has seen him become arguably the pound-for-pound number one and a four-weight world champion.

“I knew at the time he was going to go on to have a great career and have a special career,” Hatton told Pro Boxing Fans.

“But I knew straight away I was in the ring with a special, special fighter who was going to go on to achieve great things and I think he’s going to be here to reign for some time yet, I really do. He’s such a good all rounder now. Let’s look at the obvious, phenomenal punch power, unbelievably strong, I mean freakishly strong.

“Very durable, very solid, picks his punches really well, he wastes nothing, his defence has probably been the biggest improvement in his boxing for me. I remember when I fought him, I had no problems catching him, I just didn’t have the power and I was too small to do any significant damage to him.”

Canelo has not been defeated since a sole loss to Floyd Mayweather Jr in 2013 and has already beaten six Brits including Amir Khan and most recently Callum Smith in December.

The 30-year-old claimed a contentious split decision victory over southpaw Erislandy Lara in 2014 and Hatton believes Saunders will cause Alvarez problems with his southpaw style, although does not think it will be enough to beat him.

“I think around those weights Canelo is more or less untouchable now,” Hatton added.

“I never like to say anyone’s unbeatable but I think he’s getting to that stage around them kind of weights where he is. He doesn’t seem to get hit and hurt in fights, you don’t see him picking up cuts, you don’t see him in trouble and he’s such a good all around fighter now, he’s the complete fighter.

“I’ve often thought if anyone could trouble him, it is the style that Billy Joe’s got with the elusiveness, the awkwardness, the movement like we saw Lara have success against Canelo.

“Billy Joe for me definitely has the right kind of style to cause Canelo problems. Billy Joe’s a fantastic fighter, someone who I’ve seen work, spar first hand and until you actually see him in the flesh you don’t realize how good he is.

“He’s a quality fighter and I think he’s going to cause Alvarez some serious, serious problems. Is he going to beat him? Personally I don’t think so. I certainly hope he can beat him.”

The Beltline: Tunde Ajayi, a white towel, and one of the finest corner stoppages in recent memory
INTERVIEW: Alexis Rocha talks Terence Crawford, headlining a show, and a major hometown honor
“I will be the complete fighter,” says a defiant Anthony Yarde
Emmanuel Navarrete Looking To Get Past Liam Wilson
Croke Park ruled out for Taylor bout over cost