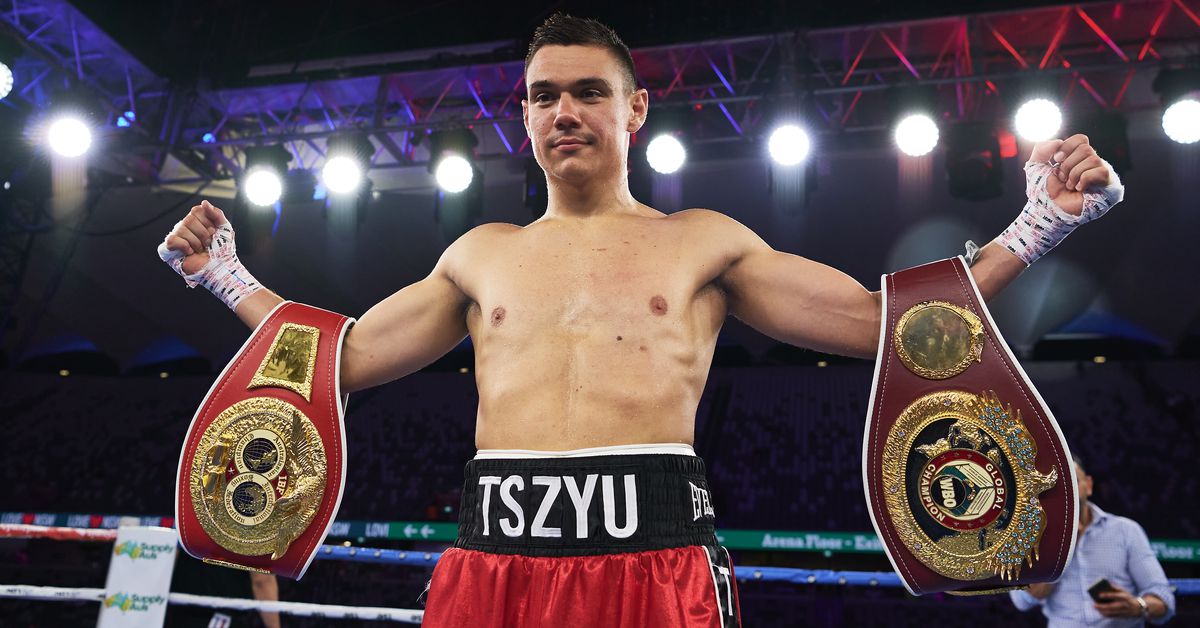 Domestic rivals Tim Tszyu and Michael Zerafa announced plans for a summer showdown in an entertaining press conference yesterday. The fight will be coming to the Newcastle Entertainment Centre on July 7, welcome news to the ears of Zerafa who had long been agitating for this fight.

Zerafa (28-4, 17 KO) is coming off a first-round TKO over a well-past-his-prime Anthony Mundine in a pretty unfortunate piece of matchmaking. Mundine is a legend in Australian boxing, but at 45 should not have been put in with someone like Zerafa.

Horn and Zerafa fought twice in 2019, the first of which saw Zerafa stopping the favored Horn in the ninth round. The rematch four months later resulted in a majority decision loss for “Pretty Boy” Zerafa. Tszyu got his crack at Horn in August 2020, beating him decisively on the way to an eighth-round stoppage.

Zerafa has been agitating for this matchup with Tszyu for some time now, showing up at his fights and demanding he get his opportunity. For his part, Tszyu seems to have had his eyes set on a title shot with Castano, before the Argentinian agreed to an undisputed unification with Jermell Charlo.

This is a bit of a lateral move for a rising contender in Tszyu, but Zerafa is an entertaining fighter who can punch a little bit so this one figures to be fun while it lasts. The domestic rivalry angle is an added bonus, and made for some entertaining soundbites in yesterday’s presser announcing the “Night of Reckoning”.

This fight will be available on Main Events Pay-Per-View in Australia, and hopefully will be picked up by a platform for viewers in the US. If Tszyu comes through impressively, he puts himself in good position to challenge the winner of the Jermell Charlo-Castano unification.