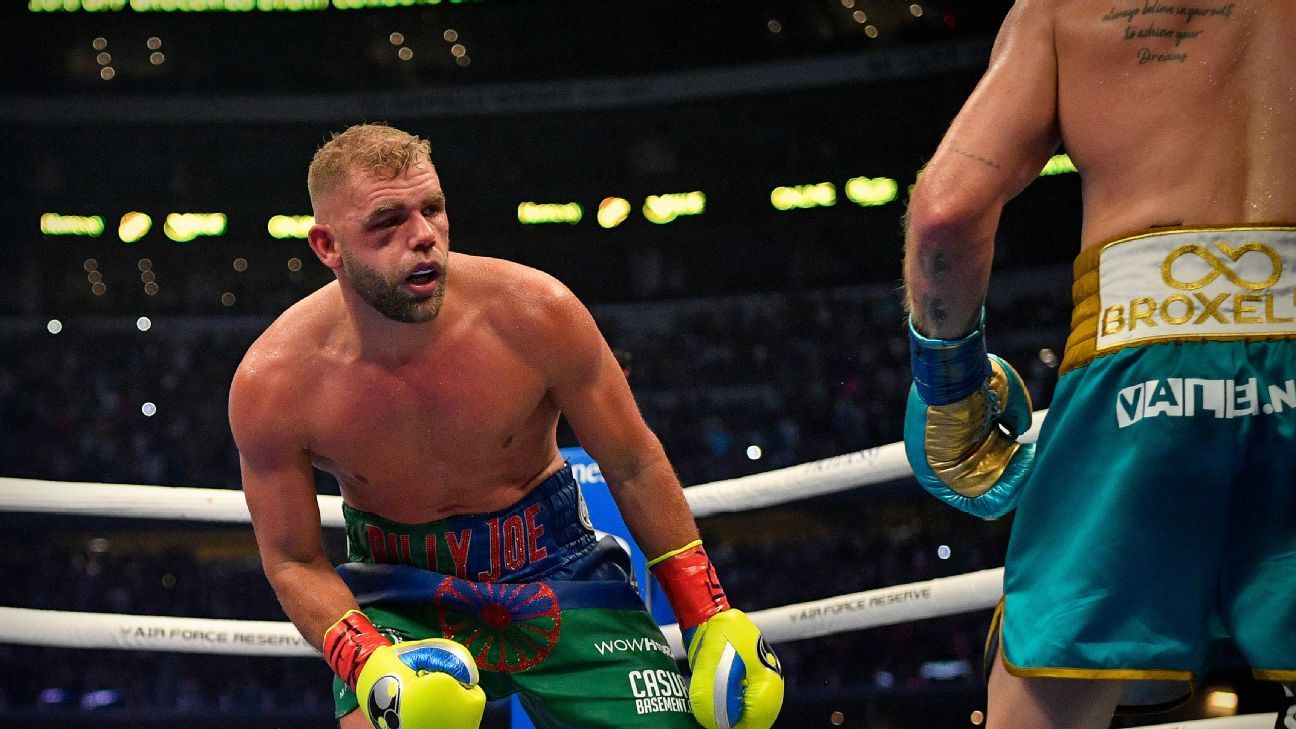 According to a Matchroom Boxing spokesman, Saunders fractured his eye socket in three different places in last Saturday’s super middleweight unification bout at AT&T Stadium in Arlington, Texas. Saunders was hit with a right uppercut in the eighth round that closed the eye and caused enough damage that his corner stopped the fight before the ninth round.

Saunders (30-1, 14 KOs) was immediately taken to a local hospital. Matchroom said that British boxer is recovering but a timetable for his return to England has yet to be determined.

Mark Tibbs, Saunders’ trainer, told ESPN after the bout that it was his decision to stop the bout and there was no pushback from anyone else in Saunders’ corner, including the fighter.

“He’s a young man,” Tibbs said on Saturday. “He’s got a family. He’s got children. I’ve known him a very, very long time. He lives to fight another day.”

The Golden Era of The Hardcore Four
Canelo Alvarez: “I Want To Apologize To Messi And The People Of Argentina”
Juan Francisco Estrada Talks Potential Fourth Fight With Chocolatito Gonzalez
Crawford: This One Is The Homecoming Fight, Perfect Time To Come Back Home
Russell vs Diaz FULL FIGHT: May 19, 2018 | PBC on SHOWTIME