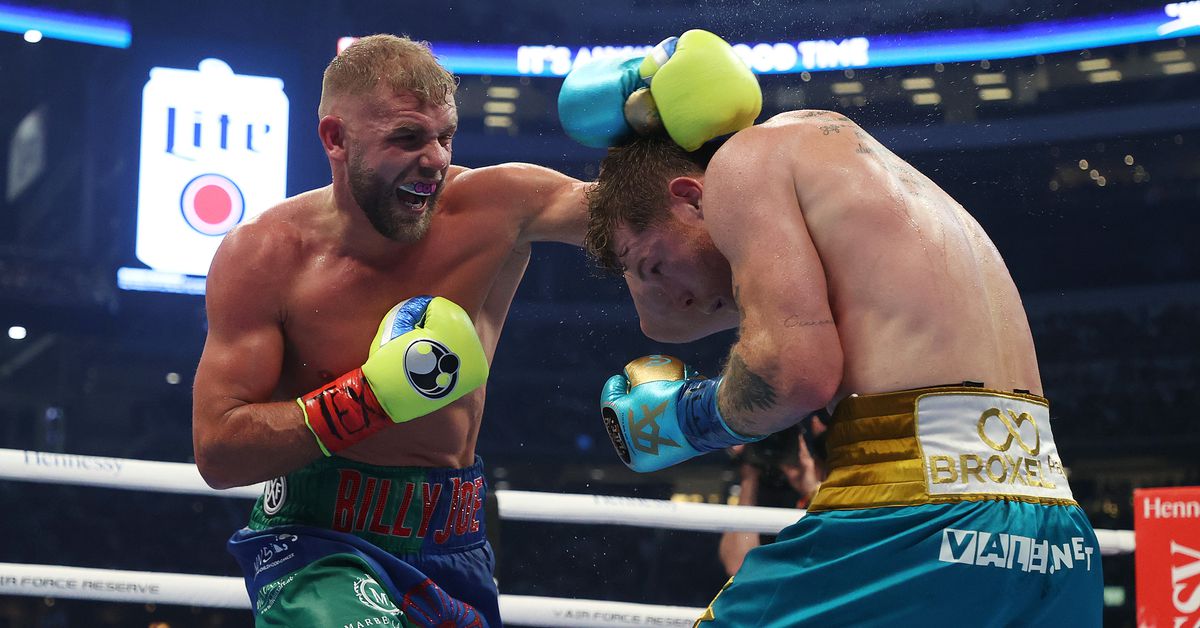 Billy Joe Saunders has a lengthy stretch of recovery ahead of him, but there’s a silver lining. Mike Coppinger reports that the former WBO super middleweight champion took home $8 million for last Saturday’s unification bout with Canelo Alvarez.

Saunders (30-1, 14 KO), who vacated his middleweight title over a drug test dispute before beating Shefat Isufi for the 168-pound belt, put forth a genuinely commendable effort for the first seven rounds, splitting the commentators’ scorecards and finding success with jabs and combinations on the implacable Alvarez. In the eighth, however, Saunders ducked straight into a nasty uppercut, resulting in multiple fractures to his right orbital and a subsequent corner stoppage.

Luckily, fighting Alvarez remains an incredibly lucrative endeavor; according to Coppinger, 2019 foe Sergey Kovalev walked away with $12 million, and the seemingly inevitable undisputed clash with Caleb Plant later this year should leave “Sweethands” a very wealthy man no matter the outcome.