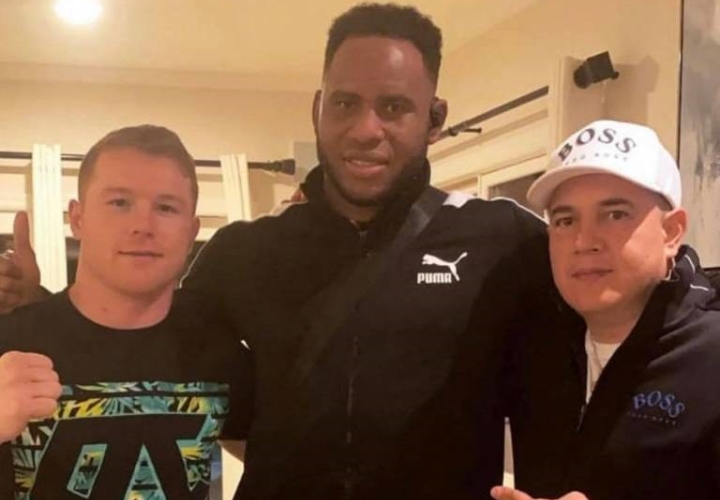 Sanchez and Canelo train side by side under the guidance of Reynoso.

This past Saturday night, Sanchez (18-0, 13 KOs) picked up a technical decision win over veteran Nagy Aguilera at AT&T Stadium in Arlington, Texas.

Canelo and Reynoso are convinced that Sanchez will become the first heavyweight champion from the country of Cuba in 2022.

“Eddie Reynoso trusts me very much. He sees the seriousness I put into training. He sees that I want to work, I want to be a champion, and I am very happy and proud that he and Saul are supporting me. Everyone wants me to be Cuba’s first heavyweight champion,” Sanchez told George Ebro.

“I feel motivated [by the support from Canelo and Reynoso]. They have that confidence that I’m going to be the first Cuban champion [at heavyweight]. Eddie and Saul say it, and I’m preparing myself pretty hard to become one. That’s my goal in life and I’m going to fulfill it.”

Sanchez and Canelo have sparred in the past, but this time around there was no reason for them to trade punches while training for opponents with completely different styles and physical dimensions.

“[We did not spar] these last few times, because he was working more with lefties for the fight against Billy Joe Saunders. I was working with other boxers who were a lot heavier as well. I didn’t have any sparring with Saul, but I do assure you that the strongest sparring sessions that he’s ever had have been with me.”