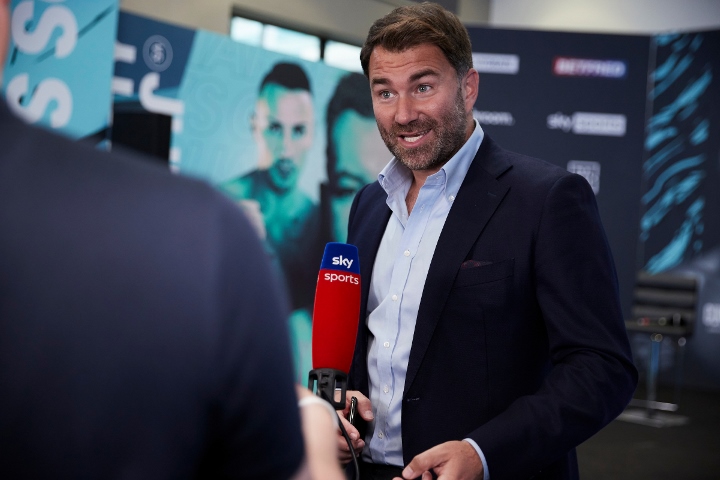 August 14 will be the date of the undisputed heavyweight title fight between Anthony Joshua and Tyson Fury, although Fury’s contract remains unsigned.

Both Eddie Hearn and Frank Warren, promoters for the two world champions, both confirmed the date the fight will take place in Saudi Arabia on Thursday. The delay to announcing the fight officially has been down to firming up guarantees around the site fee for the fight, believed to be $150 million.

Hearn revealing that the driving force behind bring the fight to the Middle East was Prince Khalid Adbdulaziz Al Saud, the country’s defence secretary and son of King Salman.

“Prince Khalid is behind it and once he gets this drive and they tell us this fight is on, which they have done, I trust them 100 percent and I don’t think they will let us down,” Hearn said.

It is likely to take place in a purpose-built outdoor arena, similar to the one that was built when Joshua regained his WBA, WBO and IBF title from Andy Ruiz Jr on the outskirts of Riyadh in 2019.

“They want to create something very, very special,” Hearn said. “They built a stadium for the Andy Ruiz Jr fight in just seven weeks and it held 18,000.”

Fury still has not signed his contract but the intervention of Warren, Fury’s promoter, to confirm that agreement is close to hand is a big step forward.

“I’ve always been confident because I have worked with them before, so when they tell me it is a done deal, which they did two weeks ago, I know that it is going ahead,” Hearn said.

“I can’t control the other side. Before we did the Ruiz fight, we were skeptical and there were a lot of things that we wanted in place to make sure we were comfortable. They want that as well and I don’t blame them. We are comfortable because we know these people.

“It is just the process now of bank guarantees and escrow agreements. The deal is done. That does take a little bit of time and it is Eid as well, but I was pleased with Frank’s interview and I don’t see anything stopping the fight.”

Hearn said the plan is for the fight to start at about 11pm, which he claimed would see temperatures drop to around 24C. July temperatures in Riyadh regularly top 40C.

The delays to contracts being finalized after a general agreement was made months ago have led to agitation for both boxers.

Hearn said he is expecting both to aggravate each other in the build-up.

“When the announcement comes and the press conferences start, the pleasantries will go away and it will become personal. It doesn’t matter who respects who. Both sides are desperate to win because this is everything.”

The date is good news for Joshua’s trainer, Robert McCracken, as there is now no direct clash with the Tokyo Olympics, which are due to finish the previous weekend. McCracken is in charge of Great Britain’s Olympic programme as performance director.

Earlier, Warren had confirmed the date on Talksport.

“We want the fight, everybody wants the fight, for once Eddie Hearn and I agree that we have a common aim here,” Warren said. “There have to be assurances given and confirmation given that Tyson is happy with.

“It’s no different to if it were a footballer going to a football club, he would want certain assurances.

“It will be there [in Saudi Arabia] if the contract is signed, if Tyson’s wishes are met.

“I really do feel there’s a way forward on this, I do feel having spoken with one of the principles there that he desperately wants to do this deal.

“But as I say there’s just a couple of things that need to be addressed and I’m quite sure we’ll get them addressed and get it over the line and we can get it on.”

Baumgardner drops Mekhaled for undisputed title
Jarrett Hurd: I’m in a New Weight Class, Looking To Dominate Like I Did at 154
Joshua announces comeback fight with Franklin
INTERVIEW: Alexis Rocha talks Terence Crawford, headlining a show, and a major hometown honor
Emmanuel Navarrete Looking To Get Past Liam Wilson