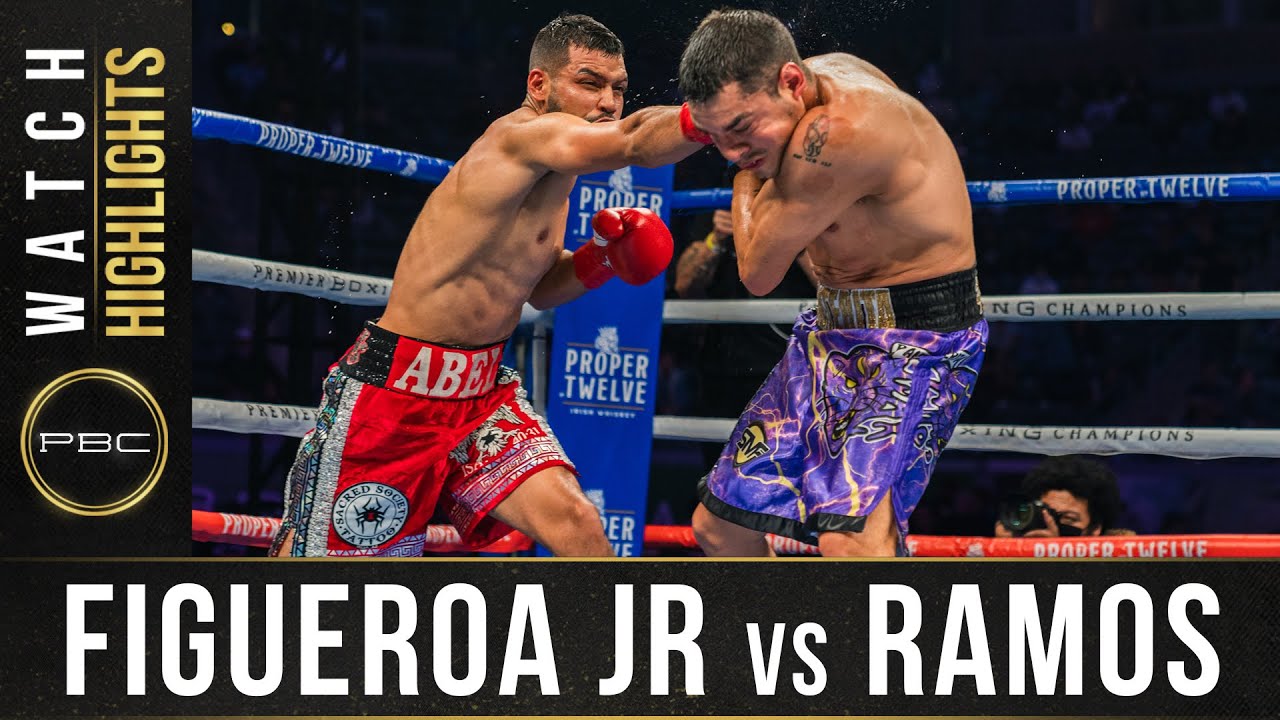 Figueroa came out showing off a herky-jerky style and had success in the first round, out landing Ramos slightly with 12 power punches to Ramos’ 11.

“Omar is a very tricky fighter,” said Ramos. “He has an awkward defense and it was hard to catch him clean at first, but the fight overall went as planned.”

As the fight hit round three, Ramos appeared to figure out the timing of his opponent and began unloading a lethal right hand that he would eventually ride to victory.

That third round saw a significant bruise begin to develop under Figueroa’s left eye as a result of that Ramos right hand. Ramos kept up his momentum during rounds four and five, while Figueroa came out aggressive in round six, winging big power shots looking to turn the tide back in his favor.

“We trained hard for this fight and I felt good heading into the ring,” said Figueroa. “I’m disappointed I came up short. My body just wouldn’t respond like I wanted it to.”

“We trained to attack the body,” said Ramos. “Our plan from the beginning was to pressure him. We wanted to score points to the body. I could hear him groaning and I knew once I hurt him bad, that the fight was over.”

In between the sixth and seventh rounds, referee Jerry Cantu waived off the bout, at the suggestion of Figueroa’s corner. Ramos was the busier and more accurate fighter, out landing Figueroa 150 to 74, with a 34% to 24% edge in accuracy.

“I trained so hard for this fight,” said Ramos. “I knew my career was on the line. I knew I needed a win and I knew Omar would bring a good fight. I’m glad to be back on the winning side and I’m ready to take on the best of the division.”

Fulton vs Figueroa FULL FIGHT: November 27, 2022 | PBC on Showtime
Chisora won’t show everyone his penis on OnlyFans, but does have OnlyFans
Dillian Whyte: I Won Clearly, So Why Would I Consider A Rematch With Jermaine Franklin?
Jose Uzcategui: I’m Leaving it All in The Ring Against Vladimir Shishkin
The 10 fights that define Dillian Whyte’s heavyweight journey so far