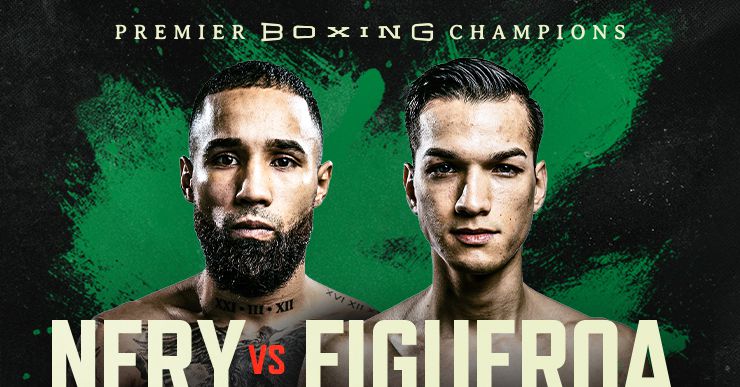 Saturday night on Showtime (10 pm ET), we’ll see Luis Nery defend the WBC junior featherweight title against Brandon Figueroa, who holds the WBA’s secondary belt at the weight, but whatever — the point is, this is a good fight.

How will it play out? We’ve got our picks in.

I like this fight a lot, as I’ve said a few times now. I think it really comes down to Luis Nery, honestly. I’m pretty confident we know what we’ve got in Brandon Figueroa, a hard-fighting, determined, very tough young guy. I think at his best, Nery’s a better fighter — but Nery’s best work has been at 118, and he does look a little small at 122. That’s not to say size is the only difference, because we also have to see if Nery’s one fight with Eddy Reynoso was just a bad fit. He didn’t fight his normal way against Aaron Alameda. Is that because he has to fight differently at 122? Is it because Reynoso and Nery just weren’t a good match? Is Alameda just better — or at least craftier/trickier — than everyone expected?

I’m going with Nery here, but without much confidence. If it’s more like the best version of Nery, he’ll win. If it’s the Nery we saw against Alameda, Figueroa absolutely can beat him. Figueroa is the bigger man, younger, and will fight his ass off. Nery UD-12

How to Watch Nery vs Figueroa

Stylistically I think this fight has plenty potential to be a fun one. Luis Nery will let his hands fly willingly and Brandon Figueroa likes to mix things up and won’t be shy about getting into exchanges. But the biggest difference for me here is that I think Nery is just the more naturally talented fighter with a deeper arsenal of weaponry. Figueroa is pretty durable and larger so I think he’s going to be able to withstand Nery’s attack for a little while which will give himself openings to inflict his own damage, and if so I think he’ll give Nery a scare. I don’t think Nery is a defensive wizard and think he can be hurt, but I just have a feeling Nery is going to dig deep through some tough moments and fight his way to a close win on the cards. Nery MD-12

There are a lot of asterisks you can slap onto Nery’s struggles against Aaron Alameda; a 14-month layoff, an improper fit with one-and-done trainer Eddy Reynoso, it being his first meaningful fight at 122, etcetera. Even if you give him every benefit of the doubt, though, Figueroa looks like a real problem for him. Nery will struggle to bully a much larger man who spent 36 minutes slugging it out with a heavy hitter in Julio Ceja, and I’m not convinced he’s anywhere near as effective off the back foot. To make matters worse, he’s the only one of the two to have hit the deck in his career, and considering the sort of bombs Figueroa walked through against Ceja, that’s not from “The Heartbreaker” being untested.

There’s every chance that Nery, who’s still just 26, addresses his bugbears and forces Figueroa to wilt through raw firepower. More likely, however, Figueroa’s size, pressure, and ability to fight through adversity carry him to a hugely entertaining decision win. Figueroa UD-12