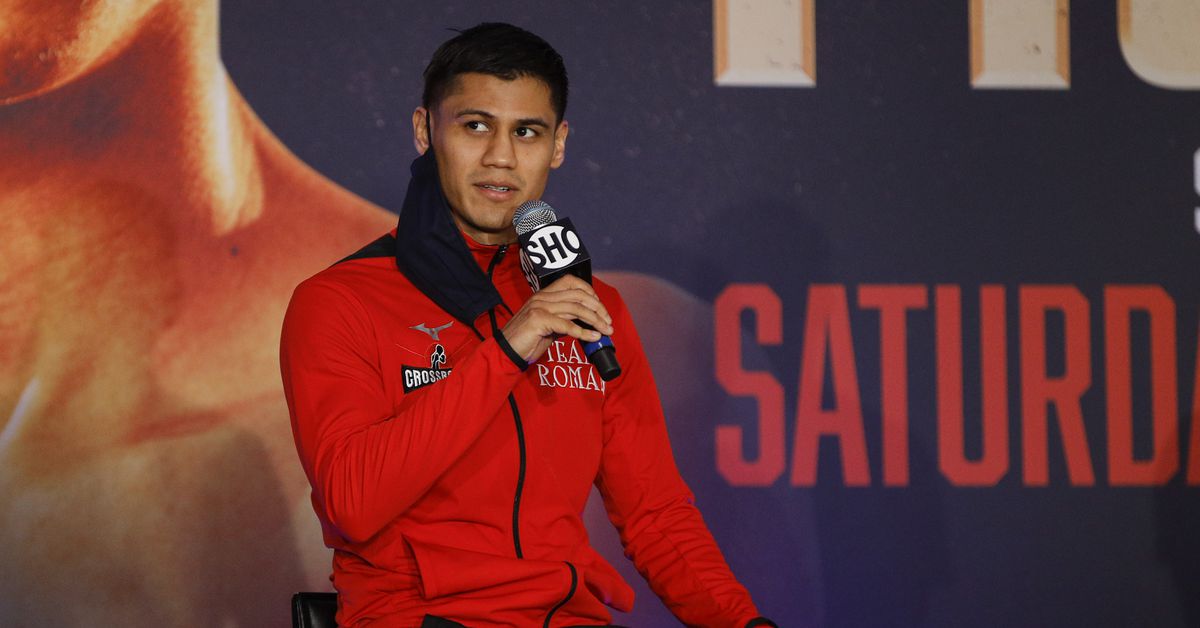 Former world titleholder Danny Roman (28-3-1, 10 KOs) is set to take on Ricardo Espinoza Franco (25-3, 21 KOs) in tomorrow evening’s Showtime co-main event and during yesterday’s final press conference Roman shared his final thoughts about fight before the two square off in the ring.

“I’m a former unified champion and I’m still overlooked,” Roman said. “I’m still the guy who you have to beat at super bantamweight.

“I’m going against a great opponent. He has a high knockout rate, so I have to fight a smart fight. Props to him for taking the fight, but I’m not overlooking him. Everyone is a threat when they get in that ring.

“I know that the champions are trying to avoid me and skip over me for other fights. But I deserve respect and I’m going to show why they’re avoiding me on Saturday.

“Espinoza is a great fighter who has great power. I’m taking this fight like I’m facing another champion. Anything can happen inside of the ring. All I can control is my performance against Espinoza on Saturday.

“I’m trying to make a statement on Saturday night. I’m going to show everyone that I’m still at the championship level.”