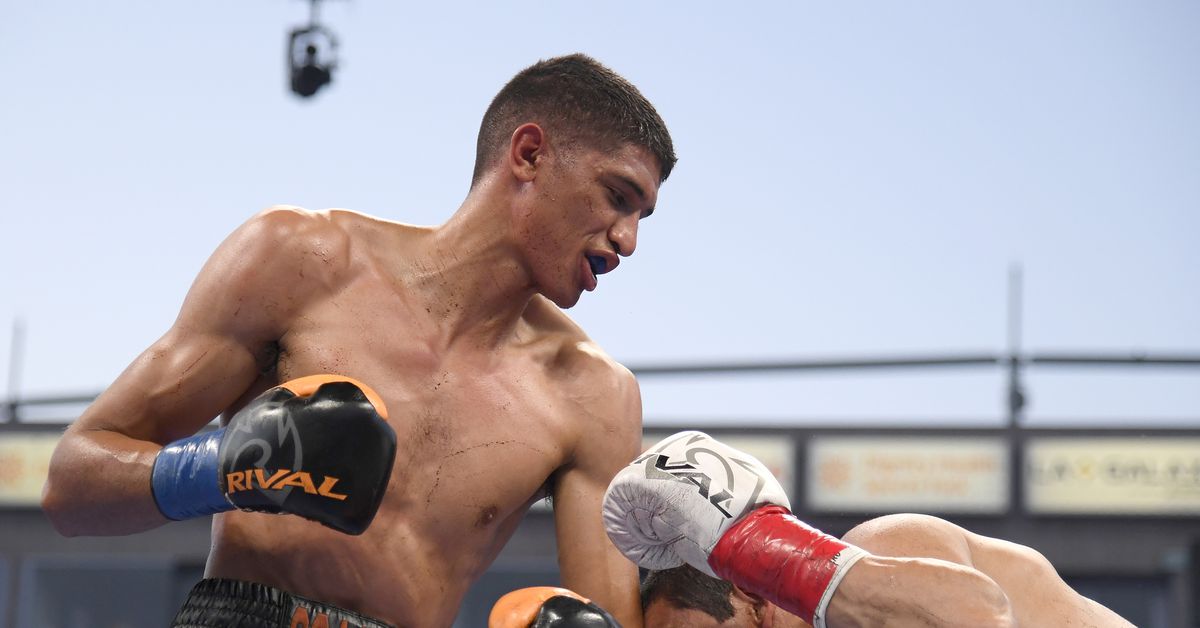 An excellent super welterweight battle is on the horizon, as promoter Sampson Lewkowicz revealed that unbeaten contenders Sebastian Fundora and Sergio Garcia have signed to square off on FOX later this year. The date and location will “be announced shortly.”

The announcement doesn’t say whether it’s an eliminator of any kind, but considering the pair are respectively ranked #5 and #2 by the WBC, my guess is whoever wins will be next in line after Erickson Lubin.

The profoundly large Fundora (17-0-1, 12 KO) has looked extremely solid since a narrow escape against Jamontay Clark in 2019, defeating Olympian Daniel Lewis by decision before rattling off three consecutive stoppages. The most recent of those came just two weeks back when he beat down Jorge Cota in a four-round firefight.

A win over Spain’s Garcia (33-0, 14 KO) would undoubtedly allow “Towering Inferno” to graduate from prospect status. “El Niño” notably outclassed Ted Cheeseman in his second of four European title defenses and represents a solid step up in class.

A quality test for Fundora and a long-awaited arrival at the world stage for Garcia? Sounds like a great fight to me.

Bill Haney heads to liquor store in search of Teofimo Lopez Sr
Panel: If Dillian Whyte and Anthony Joshua fight again in the future, who would you pick to win?
PBC Thanksgiving Day Fight Playlist | Fights We’re Thankful For
BN Preview: Dillian Whyte goes back to square one against the unbeaten Jermaine Franklin
Aleem vs Baez FULL FIGHT: November 27, 2021 | PBC on Showtime