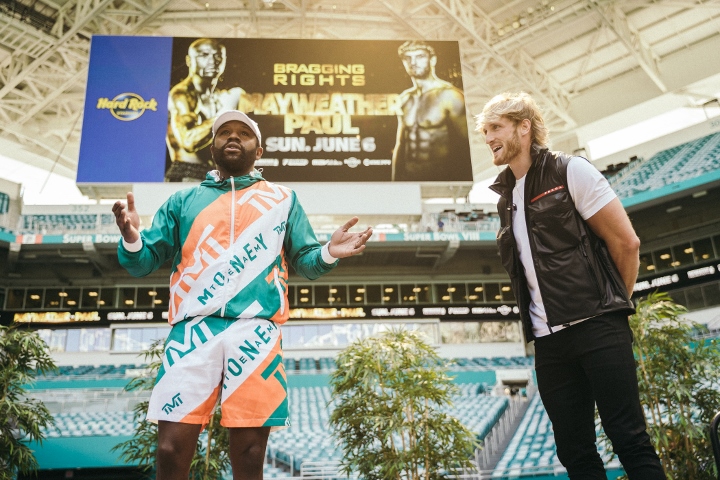 Floyd Mayweather wants his money from the company he claims failed to deliver on its promise to put on his fight against Logan Paul in Dubai.

According to the lawsuit, PAC Entertainment Worldwide never made its first installment, $30 million, of a $110 million guarantee for the event. That initial payment was due March 25.

The legendary Mayweather consequently was forced to find another date and venue for his exhibition with Paul, a 26-year-old YouTube star who has boxed only once as a professional. The 44-year-old Mayweather (50-0, 27 KOs), an undefeated five-division champion who has retired three times, will oppose Paul (0-1) in the main event of Showtime Pay-Per-View’s four-fight card June 6 at Hard Rock Stadium in Miami Gardens, Florida.

Las Vegas’ Mayweather and Paul, who resides in Puerto Rico, initially were supposed to fight February 20. A venue was never secured for that date, however, promotion of the event quietly ceased, and Mayweather-Paul was delayed indefinitely.

The new date and venue were officially announced April 27.