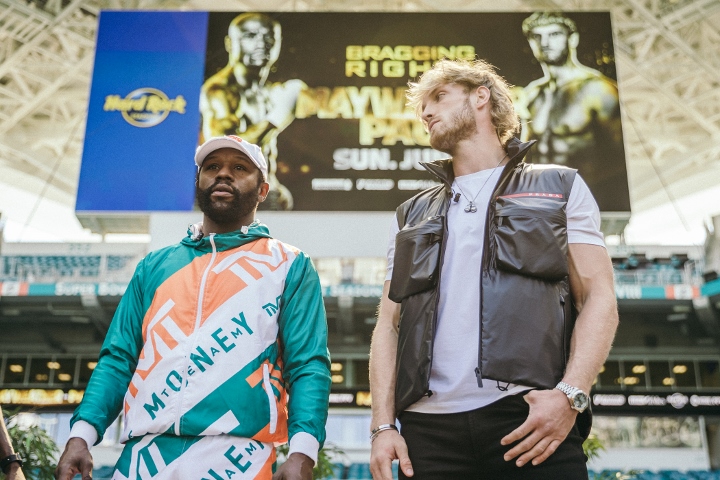 Logan, 26-years-old and very popular on social media, will meet the 44-year-old Mayweather in an exhibition clash on June 6 in the main event of a Showtime pay-per-view card.

Mayweather, a five-division world champion, retired from the sport in August of 2017 after stopping UFC star Conor McGregor in ten rounds.

While there is a tremendous gap in experience, Logan Paul has a big edge in size, strength and youth.

Jake Paul, who is 3-0 as a pro with three knockouts, is not exactly picking his brother to win the fight, but he expects a much better contest than many are predicting.

He feels his brother has the capability to knock Mayweather out if a punch lands flush.

“I think it’s great, I think it brings more eyeballs to the sport of boxing. People forget that boxing is entertainment. All sports are designed for entertainment even dating back to the Roman Empire, they had Olympics sports for entertainment,” Jake Paul told The Sun.

“This is entertaining and I think that Floyd will again severely underestimate my brother, and there’s a size advantage, my brother’s fast and has knockout power.