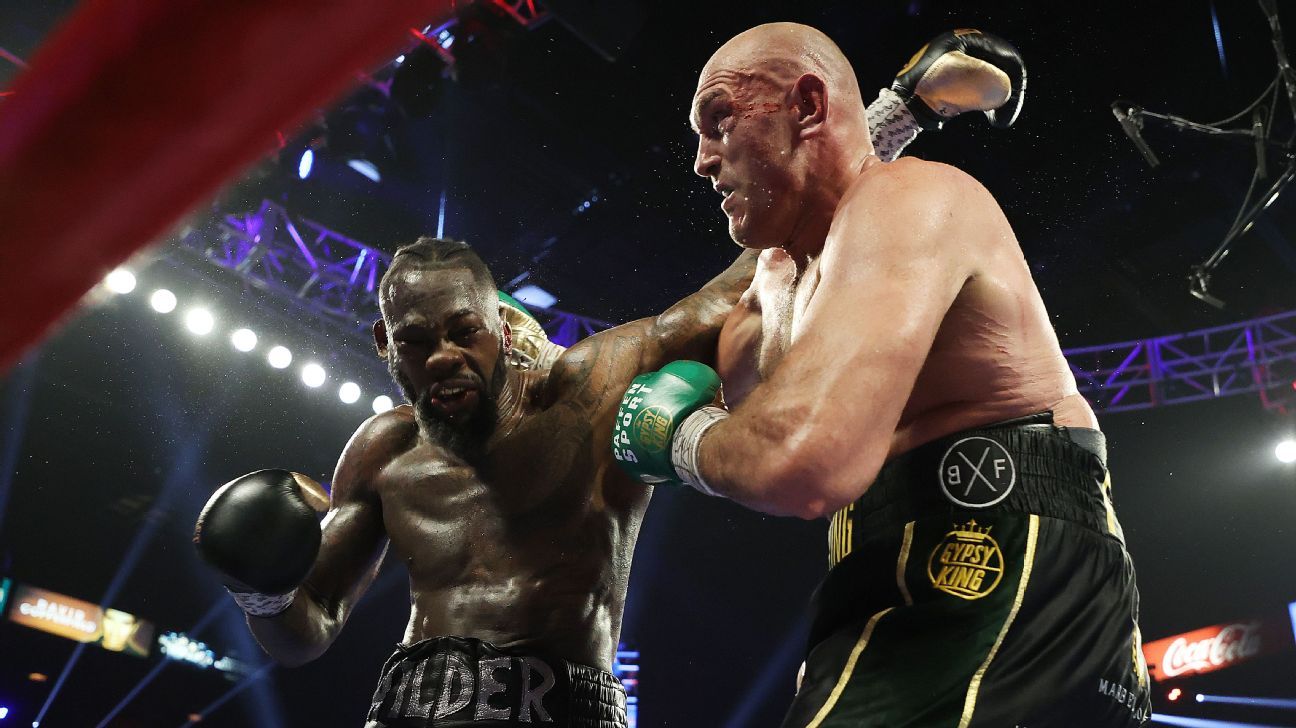 A day after Tyson Fury tweeted that his heavyweight unification fight with Anthony Joshua was “100 percent on” for Aug. 14 in Saudi Arabia, an arbitrator ruled Monday that Fury must face Deontay Wilder in a rematch by Sept. 15, ESPN has learned.

In granting Wilder’s injunction, former federal judge Daniel Weinstein declined to award Wilder — who initiated the action — any monetary damages and allowed for the possibility that Fury and Wilder could agree to an extension.

Such an extension would involve a hefty step-aside fee for Wilder, likely coming from the record-breaking, $155 million site fee negotiated for the Aug. 14 fight with Joshua in Saudi Arabia.

If not, Wilder and Fury would likely fight this summer in Las Vegas, as Weinstein’s ruling calls for the rematch to take place at a mutually agreeable time and place. Just last week, Fury’s American promoter, Bob Arum, said he had reserved Allegiant Stadium for July 24 for the rematch, in the event that Fury-Joshua negotiations broke down.

Neither Fury nor Wilder has fought since meeting Feb. 22, 2020, when Fury shocked the world by dominating the formerly undefeated Wilder before his corner threw in the towel in the seventh round.

In the ensuing fallout, Wilder fired his longtime coach, former world champion Mark Breland. Wilder — long thought to have one of the most powerful right hands in the history of the heavyweight division — also attributed his loss to the weight of his prefight costume and seemingly bizarre theories concerning Fury’s gloves. Fury’s gloves were inspected fully by the Nevada State Athletic Commission.

The award follows months of litigation and four days of testimony, including from Fury and Wilder.

Spencer vs Salgado and Aleem vs Plania lead Ruiz vs Ortiz prelims
Blair Cobbs: I Showed That I Have More To Give To The Sport of Boxing
BN Verdict: Conlan manages to strike a balance and exorcise demons against Marriaga
Thomas “Cornflake” LaManna to face Saul Roman in Atlantic City
Esparza: I Think A Rematch With Seniesa Estrada Will Be Bigger Than Taylor-Serrano