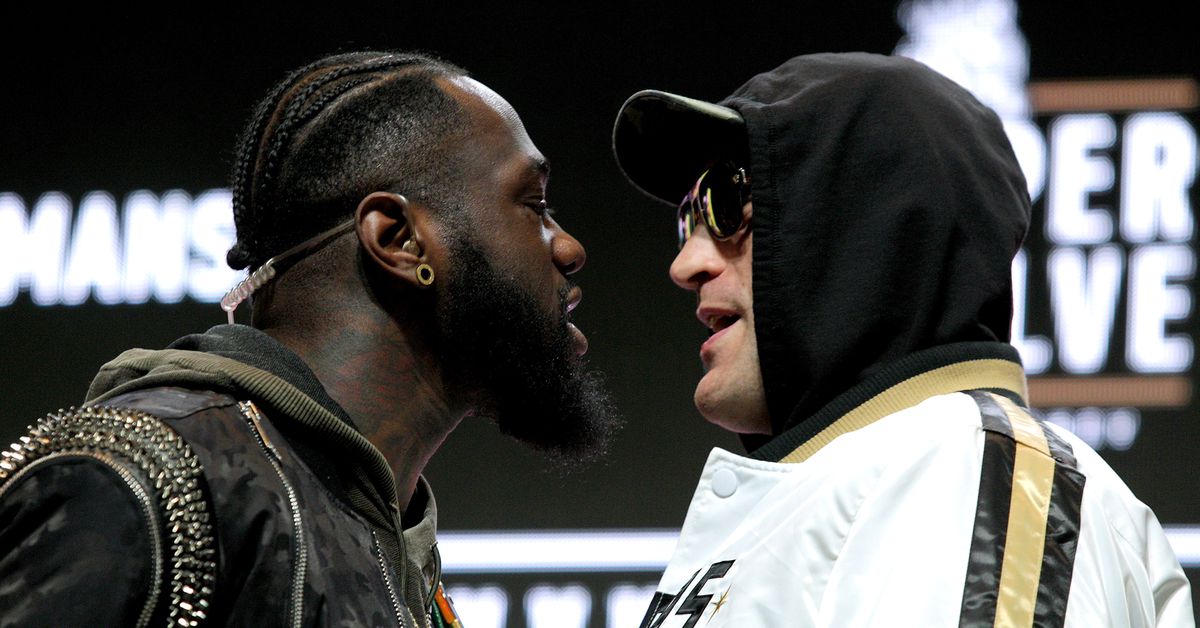 Everyone was pretty sure that Tyson Fury vs Anthony Joshua was happening on Aug. 14.

It’s not, though, barring some crazy turn of events. With a judge ruling in arbitration that Fury must face Deontay Wilder a third time by Sept. 15, Fury-Josha is kaput for the time being, and that doesn’t just change things for Fury and Joshua.

Let’s take a quick look over some of the impact this has on the heavyweight division.

Fury co-promoter Bob Arum says he doesn’t want to pay Deontay Wilder “step-aside money,” which mandatory challengers or those with contractual obligations sometimes receive in order to allow another fight to happen, in addition to a guarantee that they get next crack at the winner. It’s a smart business move for the fighter “stepping aside,” as depending on who wins Fight X, they might be walking into something worth less money than the bout they had guaranteed in the first place.

Fury also has always maintained a legitimate and serious respect for the power of Wilder, so the idea that he might overlook Deontay and make stupid mistakes is unlikely. To beat Fury, Wilder’s simply going to have to be than he was before. His right hand can end any fight at any time, but he has to land it first, and he couldn’t do much at all with Fury in the rematch.

Anyway, this is still a big money fight. Wilder’s ridiculous ramblings in the last year or so aren’t going to hurt its value; if anything, they might add something to it. Wilder doesn’t seem to have convinced too many people of his various crackpot theories, but he’s surely convinced some, and even more than that, there are probably more people who dislike Wilder now. You can make good money being the bad guy people can’t stand and want to see lose so badly they’ll pay for it (though you also have to win enough to keep being credible).

Eddie Hearn has said, “Hey, give it a week,” but unless a lot of minds at Top Rank suddenly change, forget a week. (And if I’m wrong, who cares? I didn’t waste anyone’s time but my own.)

The obvious main target should be Oleksandr Usyk (18-0, 13 KO). The 34-year-old Usyk is the WBO mandatory challenger, so that has to be taken care of at some point anyway, and there’s no better time than now. Usyk is a credible challenger, Joshua has to fight him or vacate, and Matchroom work with Usyk, so the fight should be easy to make. Hearn noted the Usyk situation, too.

That’s a UK fight, period. Usyk has some following there, having beaten Tony Bellew in 2018 and Derek Chisora in 2020, so the big thing about getting it put together for the summer is if Matchroom can sell tickets for the show, and how many if any. If they can do an arena in Manchester or London, that might be good enough, but if it’s open enough and there is the feeling that the public hunger for a big stadium fight, Wembley or Cardiff’s Principality Stadium could come into play, too.

Hearn also says they have “two or three” other ideas if Usyk doesn’t happen. He didn’t mention what those might be, but I’d consider Usyk the clear front-runner. Hearn named him and laid it out for a reason.

You have to consider Usyk and his team pretty smart for waiting until Fury-Joshua was signed, sealed, and fully announced before they made their own move for a fight. There was always the shot it wasn’t happening, and that they’d get AJ next instead. And that’s what has happened.

Other fallout in the heavyweight division

So much of everyone’s plans at heavyweight for the rest of 2021 were contingent upon Fury-Joshua happening, because that fight tied up all four belts at once. Even if we get two clear fights made quickly instead — Fury-Wilder 3 and Joshua-Usyk — that still leaves a lot of people with changing plans.

Before the arbitration ruling, Usyk seemed likely to fight Joe Joyce (12-0, 11 KO) for an interim WBO title, with the winner then guaranteed a shot at the full belt as soon as possible. If Usyk gets AJ, that leaves Joyce out in the cold to a degree, but not entirely. It likely sets up a new WBO eliminator to figure the next mandatory challenger, with Joyce involved.

And that could open up an option for Joseph Parker (29-2, 21 KO), the former WBO titleholder currently ranked No. 3 contender with the organization, with Joyce at No. 2 and Usyk of course in the top spot.

Parker has just said he wasn’t sure what was to come next; he was considering a possible rematch with Derek Chisora, after the two fought to a disputed decision going in Parker’s favor, but the Joyce eliminator option would probably be far more preferable to the New Zealand man. Joyce is higher risk, but also higher reward. Fighting Chisora again is at least a strong medium risk with, frankly, no appreciable reward; it wouldn’t change Parker’s standing with anyone who matters even if he went out and dominated the second time around.

The IBF situation doesn’t really change, though it could open some doors. Michael Hunter has already, rather predictably decided not to go through with an eliminator against Filip Hrgovic. Hunter (19-1-1, 13 KO) may instead be chasing one of the 92 versions of the WBA title, almost none of which will force him to fight anyone considered a real contender.

Hrgovic needs an eliminator opponent. Former titlist Charles Martin is ranked No. 1 and his team believe he’s the mandatory challenger, but those things can get a little fluid and there’s a lot of ways sanctioning bodies protect themselves legally in those situations. Maybe Parker and his team would like a fight with Hrgovic more than one with Joyce, or maybe not. Agit Kabayel or Tony Yoka would also potentially be in line to fight Hrgovic.

The WBC don’t have a mandatory challenger, but could order an eliminator. Dillian Whyte (28-2, 19 KO) has the interim title. Andy Ruiz Jr (34-2, 22 KO) is a top contender, and Whyte has rather ruthlessly attacked Ruiz in the media of late. Whyte-Ruiz could be a great fight for those two to make, if Whyte would come to the U.S. and fight on a PBC card, or if Ruiz would go to the U.K. and risk fighting abroad right now. I wouldn’t expect it, honestly.

What’s next for Navarrete if he wins the 130-pound title? Is interest waning for Spence-Crawford?
Sources: K. Davis to face Tagoe April 8 in Newark
Photos: Navarrete vs. Wilson, Barboza vs. Pedraza – Face-Offs at Final Presser
BN Preview: Emanuel Navarette begins his super-featherweight journey against Liam Wilson
When you see a fighter fall face first, you know he got hit with a BIG punch 😳. #LenierPero