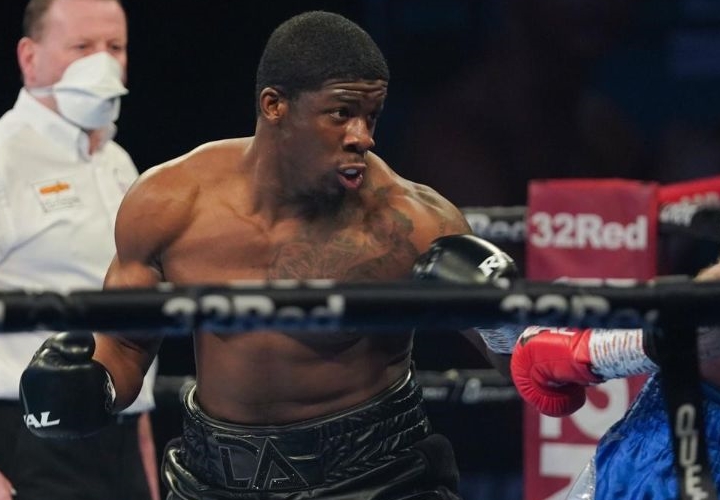 DAVID ADELEYE reckons Heavyweight rivals will quickly realize he’s the “real deal,” when they feel the power of his punches.

Matchmakers had found it tough to match Adeleye (6-0, 5KOs), but the Londoner believes opponents might now be more willing to face him after that narrow points win.

He said: “A lot of fighters who were turning me down before will be getting confidence, but reality will hit then when they get in there with me.

“It might be the best thing that has happened.

“When I get in there and when they see what I do to them people will say, ‘Wow, David Adeleye is the real deal.’”

Adeleye insists he wasn’t stung by the knockers after being taken the distance for the first time as a professional.

“The flak is part of the game to be fair,” added Adeleye. “I am thick skinned so it doesn’t even affect me. If people watch that fight in silence they will see I was the rightful winner.

“The commentators are used to seeing me on my front foot but being on the back foot was part of the game plan.

“My corner thought I won clearly. I thought I won. If I had any fear that it wasn’t going to go my way I would have put my foot on the gas and stepped it up.

“The commentators are doing their job as they see it and I am not here to knock them.”

Adeleye, 24, is hoping to return to action this Summer after recovering from a shoulder problem and he would love Sokolowski again to be in the opposite corner.

He says: “If it was to down to me I would have the rematch right away, but that isn’t down to me. Who I fight is down the people who are good at doing their job.

“Everything is analysed these days. We live in a world where everyone has an opinion and some just give negative feedback which is part of the world we live in.

“If I bang someone out I am hammering them too soon. I go the distance,  instead of looking at positives they say; ‘David should have knocked him out.’

“If I drank a Pepsi, someone would ask, ‘Why aren’t you drinking Coca Cola?’ You can’t win.

“The thick skin helps because I can brush it off.”

Hearn: Ngannou should go straight into big boxing fight, sells AJ bout on “the unknown”
Broner: I had to dig myself out of dark place, now I’m ready to go
Benavidez vows to hospitalize Plant during opening press conference
De La Hoya admits to making pitch to Crawford, believes he can deliver big fights
No Filter Boxing 🔥 A Night To Remember For Artur Beterbiev & Anthony Yarde 👏 Behind-The-Scenes