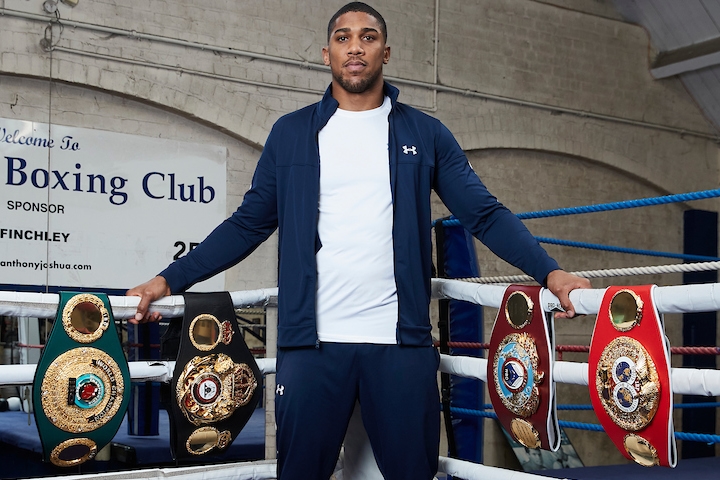 For months, Eddie Hearn has been tasked with keeping all parties abreast of the progress made for a superfight between British heavyweights Tyson Fury and Anthony Joshua.

Those plans were seriously compromised through damage caused by the other side, and now it’s the promoter’s turn to set a deadline for a final answer.

The bout must take place by no later than September 15, a matter which Fury and his Hall of Fame co-promoters Bob Arum and Frank Warren need to resolve sooner rather than later.

“I think “two weeks” is a good answer I always give,” Hearn joked during an exclusive interview distributed through Matchroom Boxing’s YouTube channel on Tuesday. “But I think NOW is the answer to that. This week. We can’t wait around. We had a deal with Tyson Fury. We had an unbelievable deal presented to him. We were told by his team, by Bob Arum that the arbitration wouldn’t be an issue, that we can move forward with this fight.

“They were wrong. That’s on them, that’s their responsibility.”

Fury scored a 7th round knockout over Wilder in a Pay-Per-View headliner which came nearly 15 months after the two fought to a disputed 12-roun draw. The rematch carried a bilateral clause which allowed the losing fighter—in this case, Wilder (42-1-1, 41KOs)—to call for a third fight.

Such plans were initially set aside for July 18 and again on October 3, only for the ongoing coronavirus pandemic to further delay the fight. Disputes over the availability of a date last December left Fury and Arum to insist that the clause had expired, while Wilder sought legal means to prevent his lone career conqueror from heading in any other direction—including that of Fury’s countryman who is affected by the potential fallout.

Joshua did his part to push forward with an IBF mandatory title defense, knocking out Kubrat Pulev last December 12 in front of a limited, socially distanced crowd at Wembley’s SSE Arena. There is now a chance that his next fight could be another mandatory title defense, with WBO number-one contender Oleksandr Usyk waiting in the wings and now threatening to take legal action to have that status enforced.

The preference remains a fight with Fury, one for which all of the sanctioning bodies have remained on board. Monday’s ruling has drastically changed that dynamic, with the WBO soon to demand answers from Hearn who in turn will need Fury’s side to figure out things on their side.

“We hope they can solve this problem,” notes Hearn. “But we have to look after ourselves. We have to look after Anthony Joshua. We have to maintain the position of unified world champion. Those talks will continue. We want to be in a position by the end of this week to know, are we fighting Tyson Fury or are we moving forward with another option.

“Let’s see. Let’s see if Team Fury can pull something out of the bag for their fighter… We have to see what today brings. For us, business as usual. Move forward with the career of Anthony Joshua. Make the right moves and keep breathing.”