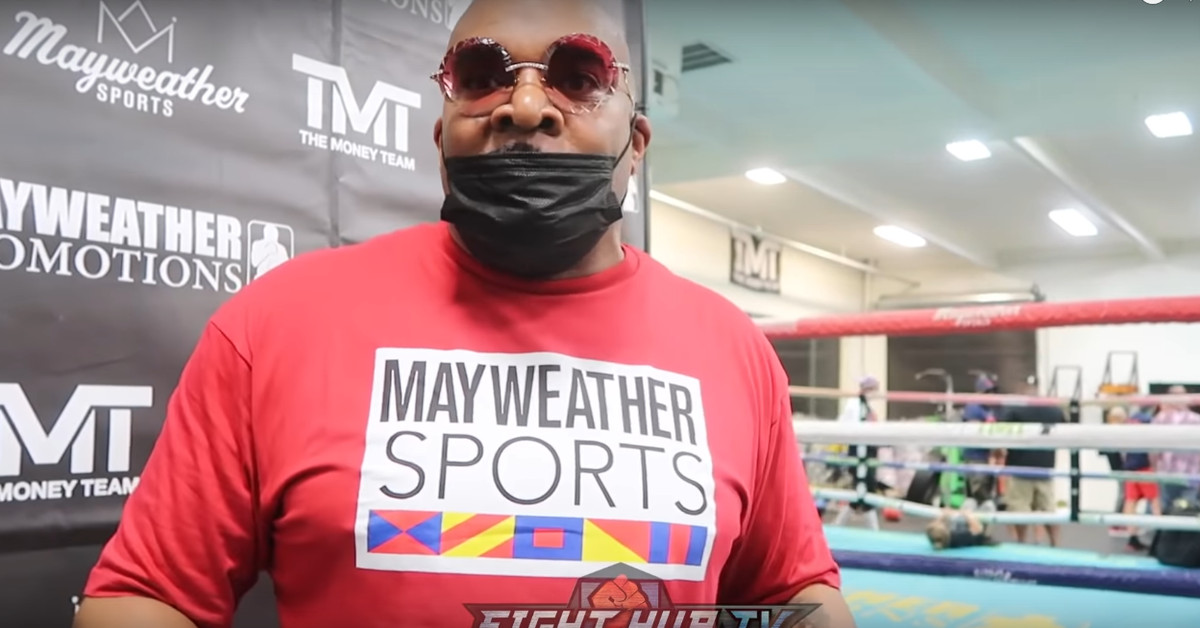 During this video interview with Fight Hub TV, Mayweather Promotions’ Leonard Ellerbe talk about Gervonta Davis’ next planned fight against Mario Barrios at junior welterweight and says Davis is proving to the world his ability to compete in multiple divisions. Ellerbe also says a potential fight between Davis and Teofimo Lopez could be tough to make because Lopez believes he’s the A-side which (Ellerbe says demonstrates Lopez’s lack of understanding). Check out some excerpts below.

Ellerbe on why Davis is jumping to 140 to face Barrios

“Not only is (Barrios) tall but he’s very good. He brings a lot to the table. Let’s start with he has an excellent trainer, for one. And what better situation for Barrios to be in coming in as ‘the underdog’ and the pressure is Tank. So in Virgil (Hunter’s) mind they just gotta go in there and execute their game plan. Virgil’s a great teacher and Barrios has been working really, really well up under him. I think it’ll be a very tough fight but at the end of the day Tank’s hand will be raised and I think the fight ends in a knockout.”

On if Davis will remain at 140 after this fight

“Teofimo (Lopez), he’s a good young fighter but he thinks he’s bigger than what he actually is. He won a huge fight…other than beating Lomachenko, what the fuck we talking about? This guy’s never even headlined a show before but he’s saying he’s the A-side and all that dumb stupid talk. But that just goes to show you when you’re young you really don’t understand the business.

“For an example — now this is funny — his pops actually said that they were gonna do 2 million buys for his next fight. So it just goes to show you what we’re talking about. You can’t really pay any attention when they talk about the business. You just gotta ignore them. He’s a tremendous young fighter and he’s got a big future ahead of him. He can’t beat Tank.