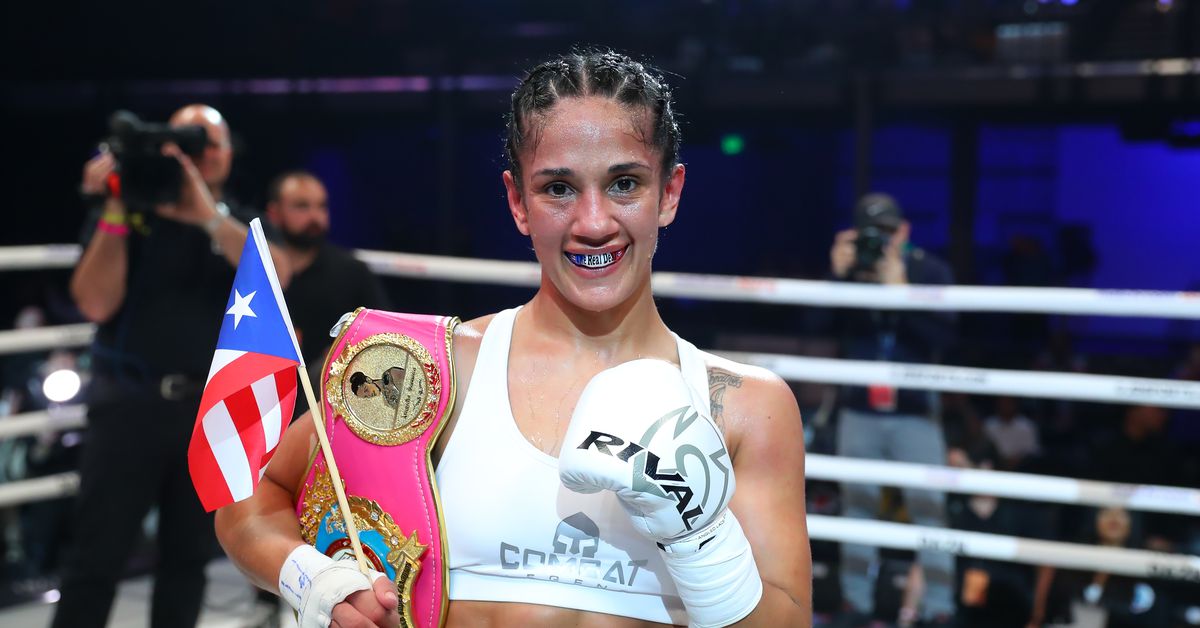 200-division boxing champion Amanda Serrano will return to action on June 11, but not in the boxing ring. Instead, Serrano will be fighting in mixed martial arts for the first time since 2018, headlining the iKON 7 event.

iKON Fighting Federation is the MMA wing of Roy Jones Jr Boxing, and the show will stream live on UFC Fight Pass that evening, starting at 10 pm ET.

Serrano, 32, is currently the WBC and WBO featherweight champion in boxing, and it’s expected that her next fight in the sweet science will come against Erika Cruz, who dominated Jelena Mrdjenovich to win the WBA title on Apr. 22. Like Cruz’s win over Mrdjenovich, Serrano’s most recent fight — a one-sided win over Daniela Bermudez in March — was aired on Ring City USA.

Truth be told, the future of Ring City USA is in some doubt with NBC Sports Network shutting down at some point this year, though they’ve said they intend to stick around in some form. And other than Mikaela Mayer getting spots on Top Rank’s ESPN shows, women’s boxing’s main outlet for U.S. fans has been DAZN, and Serrano doesn’t exactly have the best history with Eddie Hearn.

So really, the move back to MMA could just be a way for Serrano to make some money and stay active training and all that, even if it’s a different sport. Serrano is 40-1-1 (30 KO) in boxing, but just 1-0-1 in MMA, drawing with Corina Herrera in Apr. 2018 before submitting Erendira Ordonez in Oct. 2018, both fights taking place under the Combate Americas banner. For what it’s worth, Herrera went 4-5 overall in MMA and Ordonez just 1-4, and neither have fought since 2019.

For this fight, Serrano will be facing Valentia Garcia, who has never fought as a pro. It will be the main event of what is, to be blunt, a low-level MMA card. This isn’t Bellator, let alone UFC, and Serrano adds at least some name value to the event.

“We are thrilled to have Amanda Serrano headlining our card,” iKON Fighting Federation president Keith Veltre said. “She is a great boxing champion, one of the all-time best, who is going to make waves in MMA. She can really fight! Her fight is also a continuation of the terrific Puerto Rico versus Mexico sports rivalry.”

‘SAM GILLEY, I RATE HIM but I’m confident of beating anyone’ – SEAN ROBINSON
The BN Preview: Tom Farrell aims to provide Harlem Eubank with the first test of his pro career
Dillian Whyte: “People Are Thinking I’m A Wounded Lion”
“Honestly it’s one of the best things I ever did.” 😊 Amir Khan is loving life outside of the ring
Ryan Garcia on Tank: Once He Gets Hit, Let’s See How He Reacts!