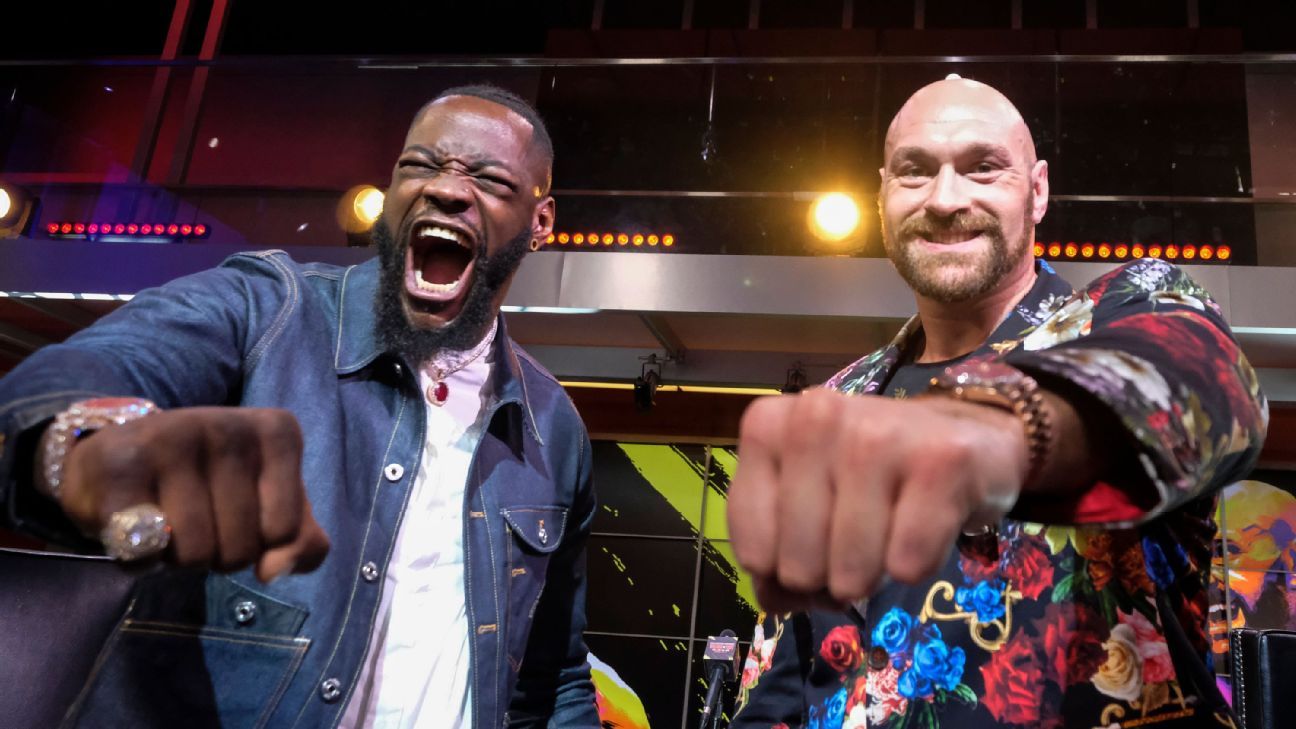 After an arbitration ruling that halted the negotiations between Tyson Fury (30-0-1, 21 KOs) and Anthony Joshua, Fury and Deontay Wilder have verbally agreed to terms on a third fight, multiple sources confirmed to ESPN.

The fight is tentatively scheduled for July 24, with a site in Las Vegas to be determined, according to a source familiar with the negotiations. An alternate date targeted for this fight is August 14, ESPN’s Mark Kriegel reported earlier on Thursday.

Top Rank’s Bob Arum told ESPN he expects the contracts to be signed in the coming days. Purses are split 60-40 for this trilogy fight, in Fury’s favor, according to Kriegel.

This week, an arbitrator ruled that Fury was contractually obligated to give Wilder a rematch. After the two men fought to a draw in 2018, Fury picked up a 7th round TKO victory to win the WBC heavyweight title.

After the arbitrator’s ruling, Arum indicated that the plan was to fight Wilder instead of paying him a step-aside fee to maintain the idea of a future bout against Joshua for the undisputed heavyweight title.

“I’ll smoke wilder first then you will get yours [as well],” Fury tweeted at Joshua on Tuesday.

Joshua (24-1, 22 KOs) holds three of the major four belts in the division. Matchroom Boxing’s Eddie Hearn, Joshua’s promoter, said in a recent video statement that Oleksandr Usyk (18-0, 13 KOs), the mandatory challenger for Joshua’s WBO belt, could be Joshua’s next opponent if Fury is unavailable. This week, Usyk requested the WBO enforce his right to face Joshua.

Neither Wilder or Fury have fought since their bout in February 2020.

The top 10 world champions named Joe
Tyson Fury ready to return to ring, eyes Chisora
Catterall signs with Boxxer, hopes Taylor rematch can be made as soon as possible
The Man Behind the Art
Russell vs Barthelemy HIGHLIGHTS: July 30, 2022 | PBC on Showtime