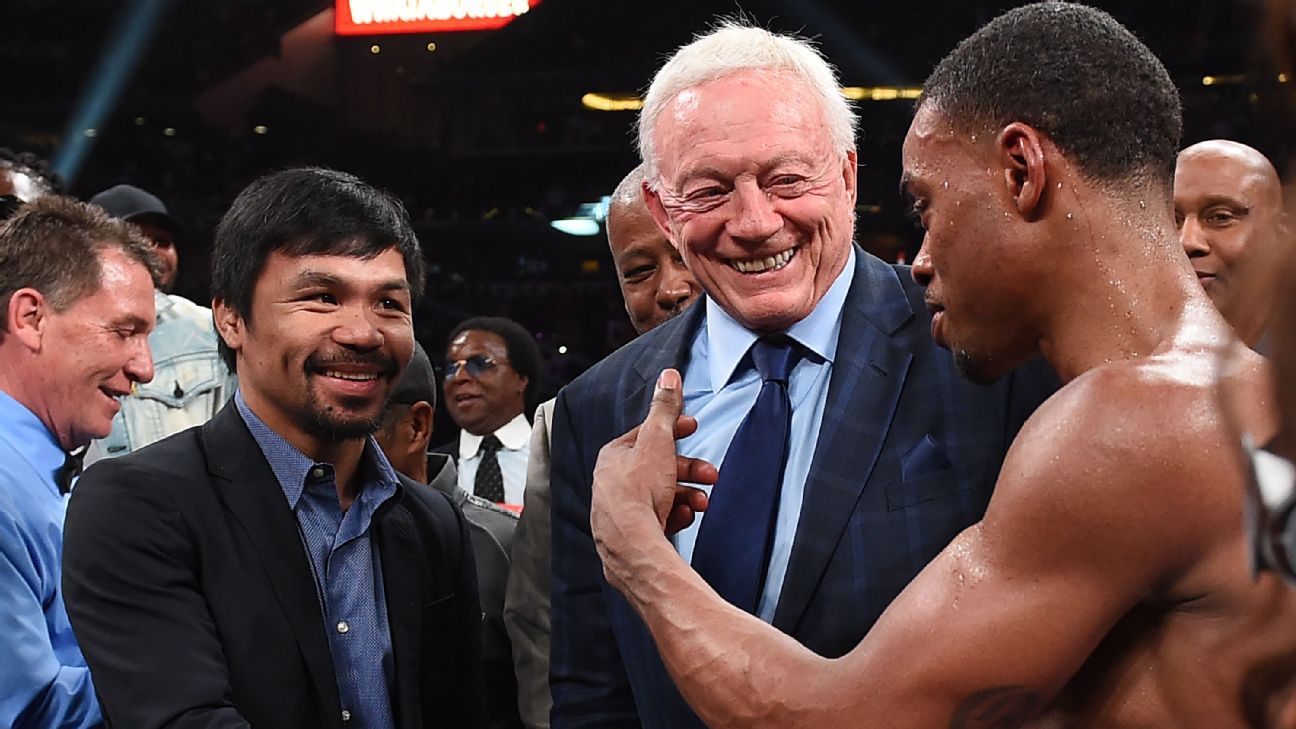 Two of the world’s best boxers have agreed to fight each other in Las Vegas.

Manny Pacquiao will face Errol Spence Jr. on Aug. 21, with both boxers announcing the fight on social media Friday. A source also confirmed to ESPN that the fight had been set, though a venue has not been determined.

Pacquiao (62-7-2, 39 KOs) is considered by many to be a future Hall of Fame inductee and has won championships in eight different divisions. Spence (27-0, 21 KOs) holds two of the four major belts in the 147-pound division and is ranked as the No. 4 pound-for-pound fighter by ESPN.

Sean Gibbons, the president of Manny Pacquiao Promotions, told ESPN that the fight came together quickly and that Spence was the only opponent for the Filipino senator.

“Many people believe Spence is the best welterweight in the world and one of the best pound-for-pound fighters in the world, and Pacquiao has never shied away from fighting real fights,” Gibbons said. “He’s not going to make a fool of himself fighting YouTubers or social media guys like Floyd Mayweather is, and he wants to continue his legacy. He’s always fought the best, and he doesn’t want to change now.”

Gibbons was referring to Mayweather’s upcoming exhibition against YouTube star Logan Paul on June 6. Mayweather defeated Pacquiao in 2015 in a long-anticipated bout.

Pacquiao, 42, hasn’t fought since 2019, when he defeated Keith Thurman via split decision to retain the WBA belt he eventually vacated. It is by far the longest layoff of his storied career.

Spence is coming off a victory over Danny Garcia in December to retain the WBC and IBF belts.