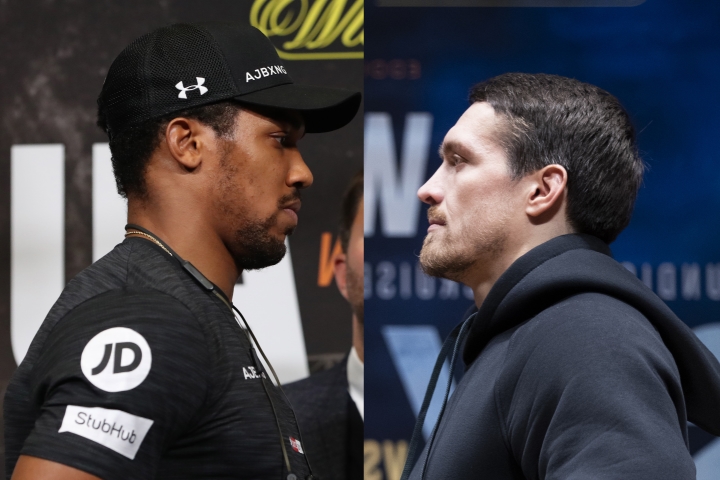 Oleksandr Usyk will finally have his turn.

A request for extension filed by promoter Eddie Hearn in response to a Show Cause letter calling for the current status of unified heavyweight titlist Anthony Joshua has been rejected by the World Boxing Organization (WBO).

Hearn was required to explain to the sanctioning body where matters stood with Joshua’s pursuit of the undisputed heavyweight championship. Such a bout was previously accepted by the WBO as an exception to his otherwise honoring his overdue mandatory title defense versus Usyk.

Friday’s deadline was instead met with correspondence seeking a delay until Monday morning, to which the WBO has stood firm on its original ruling on the matter.

“Please be advised that on Wednesday, May 19, 2021, this Committee issued a “Show Cause” notice to Mr. Eddie Hearn on behalf of WBO Heavyweight Champion Anthony Joshua requesting his position within 48 hours upon issuance as to why the Committee shall not order the commencement of negotiations between Mandatory Challenger Oleksandr Usyk and Anthony Joshua,” Luis Batista-Salas, chairman of the WBO Championship Committee explained to Hearn in an official letter, a copy of which has been obtained by BoxingScene.com. “In compliance with our order on Friday, May 21, 2021, Mr. Eddie Hearn filed email correspondence requesting an extension until Monday, May 24, 2021, at 9:00 (EST) to discuss the subject matter and other related affairs with Anthony Joshua.

“Whereas Team Usyk’s legal counsel, Mr. Patrick English, Esq., filed an email correspondence objecting to Mr. Hearn’s request and arguing that the foregoing is unreasonable and that Usyk is entitled to enforce his rights as mandatory challenger and consequently, Mr. Joshua shall proceed with his mandatory or vacate the title.”

Usyk (18-0, 13KOs) has served as the WBO mandatory since 2019, reluctantly standing down to allow Joshua—the reigning WBA/IBF/WBO/IBO titlist—to first honor his IBF obligations in a title defense versus Kubrat Pulev. The coronavirus delayed those plans several times over before the two met last December, with Joshua (24-1, 22KOs) knocking out Pulev (28-2, 14KOs) in the 9th round to defend his titles.

The next order of business was to come versus Usyk, until it was suggested that England’s Joshua was within reach of a potential blockbuster showdown with countryman Tyson Fury (30-0-1, 21KOs). The pair of Brits and their respective camps have been in talks for months regarding a clash to present the first undisputed heavyweight champion since Lennox Lewis enjoyed such status more than 20 years ago.

A deal was believed to have been in place for August 14 in Saudi Arabia. The sanctioning bodies were all on board, with the WBO even offering to have Usyk face England’s Joe Joyce in an interim WBO title fight, on the condition that the winner get whoever prevailed in Fury-Joshua.

Plans for Fury-Joshua disintegrated upon an arbitration ruling which found Fury bound to a contract clause calling for a third fight with Deontay Wilder (42-1-1, 41KOs). Hearn issued Fury’s side a demand to clear up the matter by week’s end before moving on with the next order of business for Joshua.

The WBO has taken care of that problem for him.

“The extension request is hereby denied,” stated the WBO. “In light of the foregoing, the parties are hereby granted 10 days upon issuance of this notice to negotiate and reach an agreement for the WBO Heavyweight Mandatory Championship Contest between Joshua/Usyk, or a purse bid ceremony will be called immediately per WBO Rules and Regulations of World Championship Contests.”

Joshua now has ten days to work out terms with Usyk and his camp before the bout is sent to an immediate purse bid hearing. Should it reach that point, Joshua will be entitled to the larger share of an 80/20 split, with WBO-registered promoters required to submit a minimum bid of $1,000,000 in order to obtain promotional rights to the title fight.

As is the case with any negotiation period, either side can call for an purse bid at any time.

Usyk has remained firm on his stance to challenge for the heavyweight crown ever since abandoning his World cruiserweight championship reign. The 2012 Olympic Gold medalist made his way to undisputed cruiserweight king, bumping off three undefated titlists on the road.

Usyk traveled to Poland to collect the WBO belt from then-undefeated Krzysztof Glowacki in Sept. 2016, then going on to run the tables in the World Boxing Super Series cruiserweight tournament. Usyk outpointed unbeaten Mairis Briedis in his foe’s Latvia homeland to wrest the WBC title in January 2018, six months before traveling to Moscow to dominate undefeated WBA/IBF titlist Murat Gassiev.

One more road trip followed, as Usyk knocked out former titlist Tony Bellew in their November 2018 championship fight in Manchester, England before embarking on his heavyweight journey.

Two wins have followed, including a 12-round unanimous decision over Derek Chisora last Halloween at Wembley’s SSE Arena where Joshua beat Pulev six weeks later in the first defense of his second unified title reign.

Any hopes of restoring a showdown with Fury dissolved amid rumors of the unbeaten Brit potentially facing Wilder on July 24 in Las Vegas.

Whyte vs Franklin: Live updates and results NOW!
Regis Prograis: ‘I know I’m the best, I just need to prove it’
Editor’s Letter: Mark Potter was so much more than a “nearly man”
Charlo Calls Out Bivol To Non-Title Fight at 168; Bivol Demurs, Wants Belt on The Line
PBC Thanksgiving Day Fight Playlist | Fights We’re Thankful For