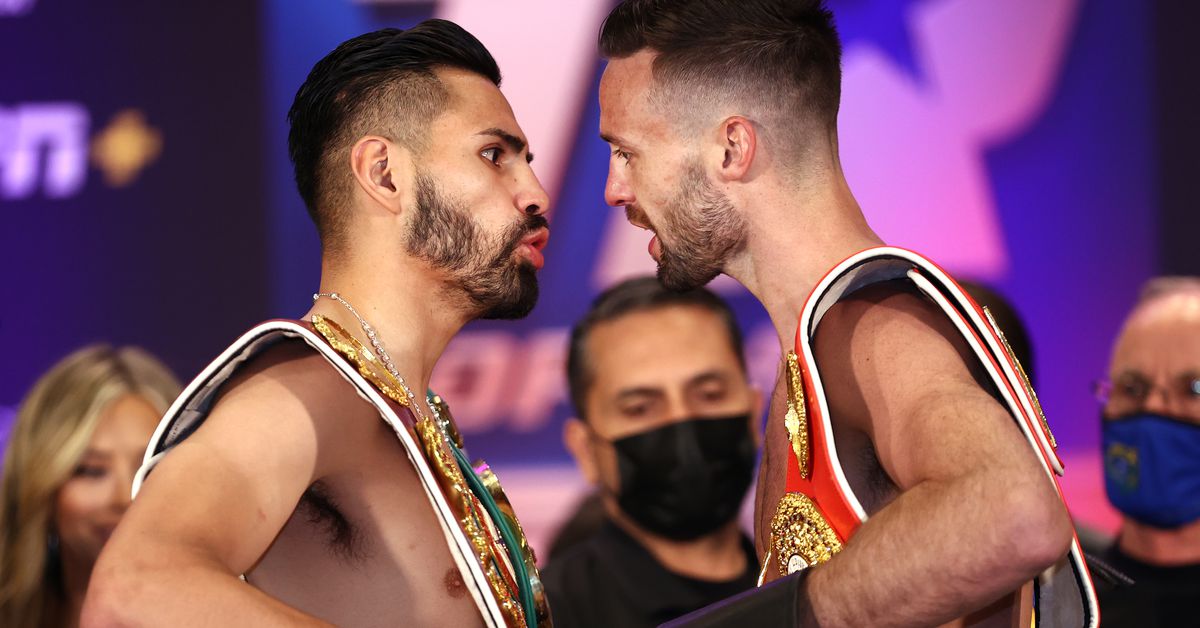 Jose Ramirez and Josh Taylor weighed in Friday afternoon, both coming in under the weight limit at 139.6 pounds each. The fight is now officially set, with Jose Ramirez’ WBC and WBO and Josh Taylor’s IBF and WBA belts at stake (Saturday, May 22, 8 pm ET, ESPN and ESPN+).

There were no major fireworks on the stage, although both men jawed at one another before being separated by Ben Davison.

A little after the weigh-in, Josh Taylor approached Jose Ramirez by the elevators and got in his face before giving him a little shove. Much pushing and yelling ensued, and just like that, everyone forgot about the Manny Pacquiao vs Errol Spence fight announcement.

Earlier during the weigh-in, a very drained-looking Jose Zepeda had to make use of the towel but still narrowly missing the 140-pound limit by 0.2 pounds, before making it successfully an hour later.

This Weekend’s Biggest Fight Doesn’t Involve Heavyweights
The 10 fights that define Dillian Whyte’s heavyweight journey so far
Chisora won’t show everyone his penis on OnlyFans, but does have OnlyFans
Whyte outpoints Franklin in later rounds for win
PODCAST: Estrada-Chocolatito and Fury-Chisora previews, more