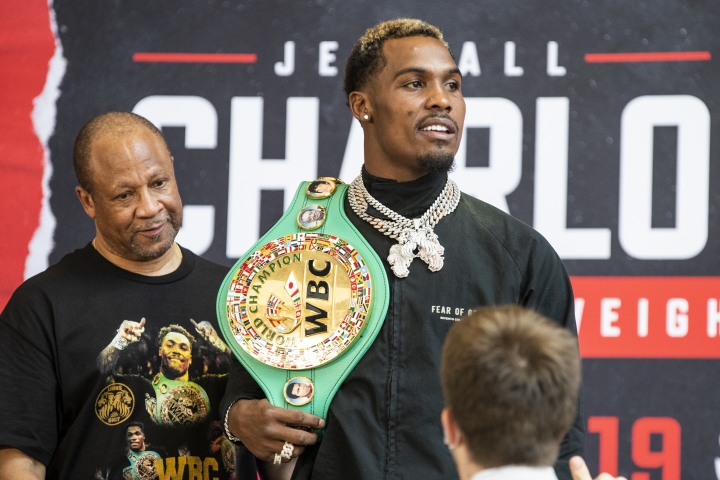 WBC middleweight world champion Jermall Charlo is looking to secure a major fight in the second half of the year.

On June 19th at the Toyota Center in Houston, Charlo will make a hometown defense against Mexican puncher Juan Macias Montiel in a Showtime televised headliner.

“I’m working hard. I was working hard before I even knew who Montiel was. This time, you get a chance to see all the hard work I’ve put in for so many years. It’s a dream come true to be able to fight in my city and I get a chance to do it with a crowd. Tune in and get your tickets because it’s going to be a great night of boxing,” Charlo said.

“There’s no better day to fight than Juneteenth. It’s a celebration for me and my people and I get to represent them and carry them on my back. To be able to do it for my city right here at the Toyota Center – it’s going to be an amazing night of boxing.”

In his last fight, back in September, Charlo outboxed the always dangerous Sergiy Derevyanchenko over twelve rounds.

Derevyanchenko came close to derailing Gennadiy Golovkin in a close unanimous decision loss back in 2019.

Golovkin, who holds the IBF’s middleweight title, has been out of the ring since making a mandatory defense in December – and currently has no fight scheduled on the boxing calendar.

“I got the belt. Champions fight champions. We unify. But if not, we’re not just going to sit back. Those guys that have the belt like Triple G, Canelo and Andrade – the belts are out there so eventually it will happen. I’m not in a rush. I’m young. I’m still having fun. I’m enjoying what I do best,” Charlo said.

Broner: I had to dig myself out of dark place, now I’m ready to go
Editor’s Letter: Yarde’s performance against Beterbiev demonstrated not only his quality but the importance of experience
Nacho: Tank-Garcia is a Very Attractive Fight – It Should End By Knockout
Fernando Martinez-Jade Bornea: IBF Title Fight Purse Bid Rescheduled For February 14
Rocha On Crawford Fight: It’s The Fight I Want Next, Let’s Go