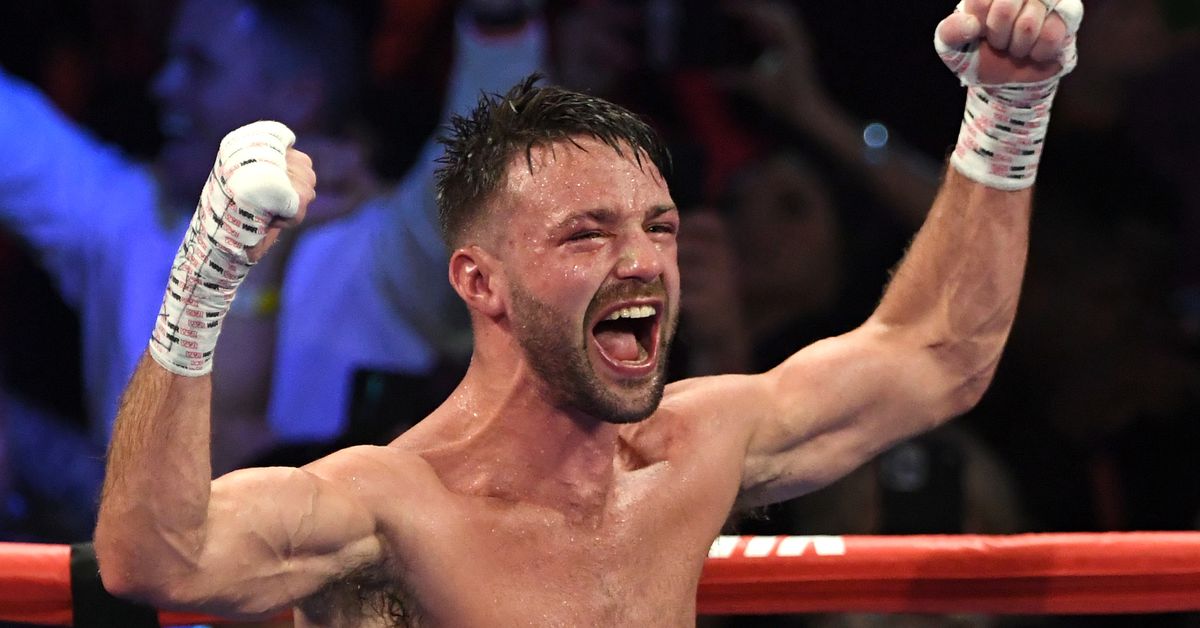 Taylor (18-0, 13 KO) spoke with media at the post-fight press conference about his performance and what could be next.

On setting a precedent for other fighters

“I don’t know. What I’ve done is shown that hard work and dedication pays off. This has been 15 years in the making. Dedicating my life to the sport, putting everything on hold — all my social life, things I’ve wanted to do with my friends and family. All for this moment. It’s finally paid off.”

On when he thought he had the fight in control

“I thought I won the first two rounds. His pressure wasn’t anything out of the ordinary that I’ve had before, I was never in any trouble. He was a very good puncher when he went 1, 2, and then 3, he was good like that. His jab was quite good when he let it go. But apart from that I was never in any trouble the whole fight. He was a very good fighter, I just don’t believe he could time me when I was using my feints and length and boxing ability. He couldn’t work me out.”

On drawing Ramirez in and how tough it was

On whether he’s a “special breed” fighter

“No, I’m just so determined, and my will to win is second to none. I did everything right this week. On the lead-up to the fight this week, the plan was to get inside Ramirez’s head and use his aggression against him. That’s what I did and it worked perfectly all week. I didn’t many any disrespect by anything, it was all just to get inside his head, and it worked and it proved in that fight.”

On the seventh round knockdown

“I knew he was going to try for the left hook to the body or the right hook up to the head. He’s very good at that, but he left himself open, but he puts his head down. I took a little step back and hit him with the uppercut. I actually think the referee gave him too much time. That should have been fight over then. The count was (too long).

On his respect for Jose Ramirez

“Hats off to Ramirez, he’s a very tough guy, tough fighter. What a champion he was. Great person, as well. I have nothing but respect and admiration for him, even more after the fight. He was a very good champion and fighter. I hurt him a couple times and after I put him down, all the fight was on my terms, I stood and boxed him and he didn’t know what to do.”

On possibly facing Terence Crawford next

“I’d like to go up to 147 and chase a real, real big fight like Terence Crawford. I’m not going to call him out and stuff. I think he’s a great fighter, but I just think two undisputed champions (from 140) going at it at 147 would be awesome, would be amazing.”