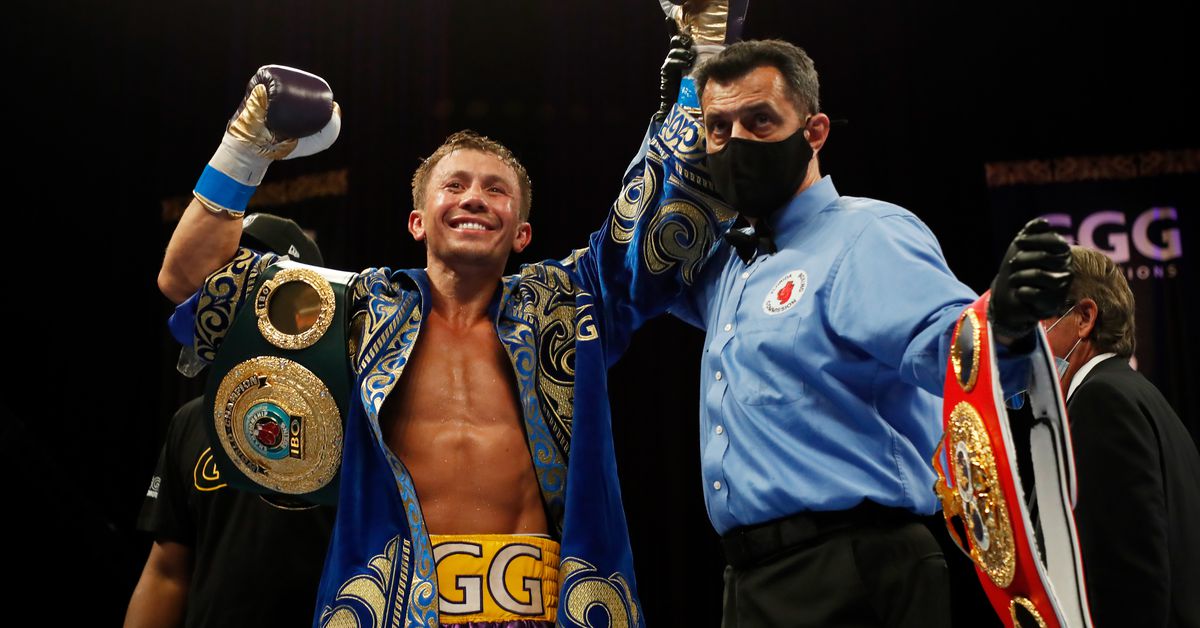 We’ve heard little from Gennadiy Golovkin since a potential clash with Jaime Munguia fell through, but according to Dan Rafael, some plans are a-brewin’. A source tells him that GGG Promotions is “in advanced discussions” with Teiken Promotions’ Akihiko Honda to stage a unification with WBA champion Ryota Murata on New Year’s Eve.

There are “also discussions” for the pair to either share a card or a split-site doubleheader in “late August or early September”; Murata (16-2, 13 KO) hasn’t fought since stopping Steven Butler in December 2019 and could definitely use some ring time.

It’s unquestionably a quality matchup between very capable fighters looking to prove their mettle against the modern elite. Murata, a former Olympic gold medalist who went from “world” to “super” champion upon Canelo Alvarez’s move to 168, decisively avenged both of his professional defeats and remains a top middleweight talent at 35 years old. The 39-year-old Golovkin (41-1-1, 36 KO), meanwhile, showed some of his classic knack for violence against mandatory challenger Kamil Szeremeta last December after a shaky performance against Sergiy Derevyanchenko.

Golovkin’s team is no stranger to working with Teiken, as seen in Golovkin’s many doubleheaders with Chocolatito Gonzalez, so I’d bet on this reaching fruition.