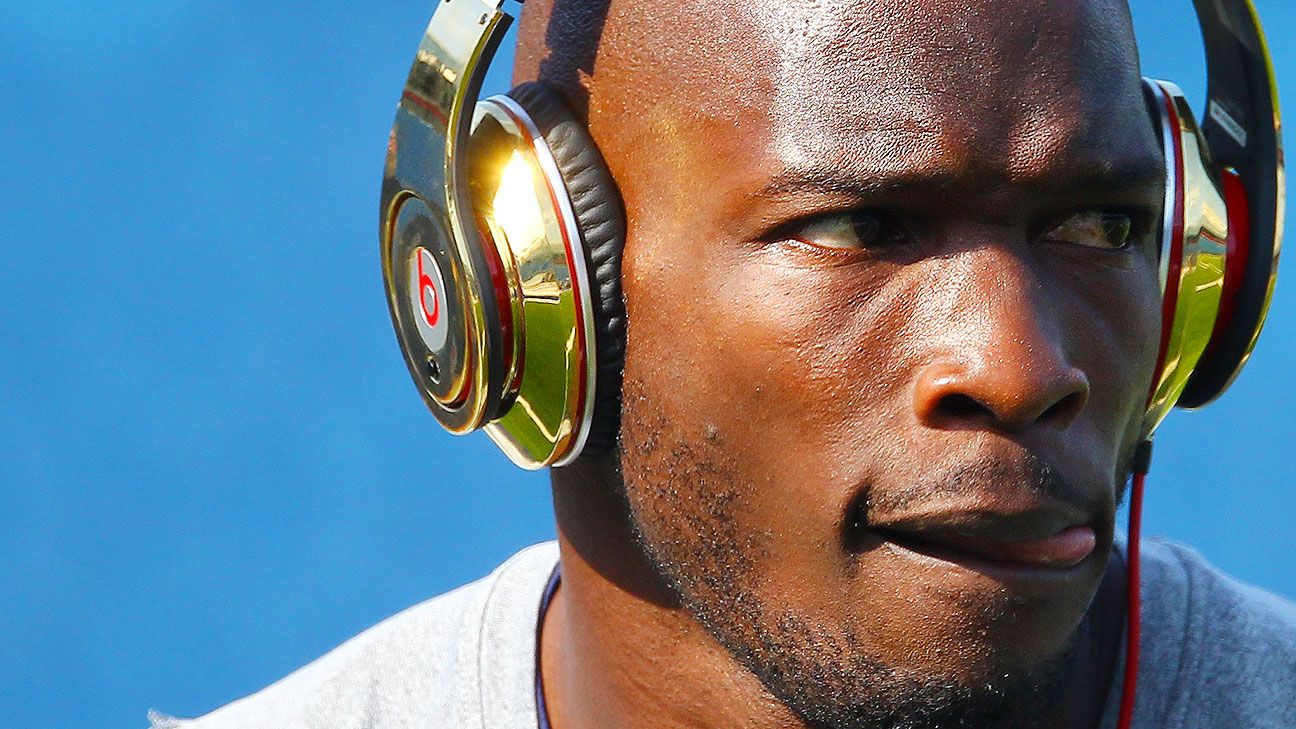 MIAMI — Former star NFL receiver Chad Johnson is used to using his sweet footwork to dice up cornerbacks on the football field, but in two weeks he’s preparing to use his physical skills to put on an entertaining show in his first boxing match.

On the opening fight in the PPV portion of June 6’s Floyd Mayweather-Logan Paul card, Johnson will face bare-knuckle fighter Brian Maxwell in a four-round exhibition bout. Johnson anticipates this fight being a one-time thing for now, but he’s treating it seriously, training with boxing champions Jermall and Jermell Charlo in Houston to prep for the bout.

Johnson, 43, has heard the laughs about his transition to the boxing ring and comparisons to NBA player Nate Robinson, who got knocked out by Jake Paul in an exhibition fight earlier this year. Johnson talked at length about respecting boxing and the dangers that come with entering the ring, but he’s confident he will surprise viewers with his skills.

“My goal is to get out alive. I want my face still intact. I want my kids to still know it’s me. But I want to entertain. I don’t want to embarrass those who put the time and energy into me,” Johnson told ESPN on Tuesday afternoon. “People who are buying tickets, people that are showing up, I want them to leave and say, ‘I doubted Ocho, but to see him get in the ring, knowing that someone tried to kill [him]. He put on one hell of a f—ing show.'”

Johnson wants it clear that this isn’t some pursuit that came out of nowhere. He said he’s been doing boxing training and sparring with fighters every offseason since high school to prepare him for football season. The goal then was to better his footwork and hand-eye coordination, but it provided him with some base skills that gave him the confidence to accept this exhibition fight.

“I wouldn’t step in the ring with Charlo or Canelo [Alvarez], but the opportunity presented itself to move around with somebody who has skills and has ring experience. I felt I was in adequate enough shape and had enough background to do it. With huge amount of respect for combat sports, I couldn’t pass up the opportunity.”

It also helped that Johnson will get paid for this fight. Johnson told the I Am Athlete podcast that Mayweather manager Leonard Ellerbe offered him a chance to potentially make a “cool million” for this fight and that he couldn’t turn it down.

Johnson admitted that this is a new challenge for him and, although he’s not afraid of the challenge, he said he is fearful of everything that comes with stepping into a boxing ring. “I’m stepping into another man’s environment and he’s trying to kill me. Period. It’s about surviving, understanding what you’ve been taught and learned, being under control and executing.”

His opponent, Maxwell, is 0-3 in bare-knuckle fights, losing two fights by knockouts. He’s 0-1 in standard boxing fights and 2-3 in MMA fights. But Maxwell is a professional fighter and Johnson is not, so despite the subpar record, there’s still an advantage.

The morning after his chat with ESPN, Johnson ran 6 miles with the Charlo brothers while training for his fight. They’ve watched film on Maxwell, and Johnson’s time sparring with the Charlos has helped prepare him for his bout in two weeks.

“They’re down here f—ing me up in the ring. It’s upsetting,” Johnson said. “It’s good work, though. The only thing that is saving me with them is my athleticism and my ability to want to survive. Taking what I’ve learned throughout the years and trying to execute it in the ring while pressure is being applied. It’s been cool and enjoyable. It’s been a great learning experience for something I’m going to do on June 6, and what better people to learn from than the best of the best.”