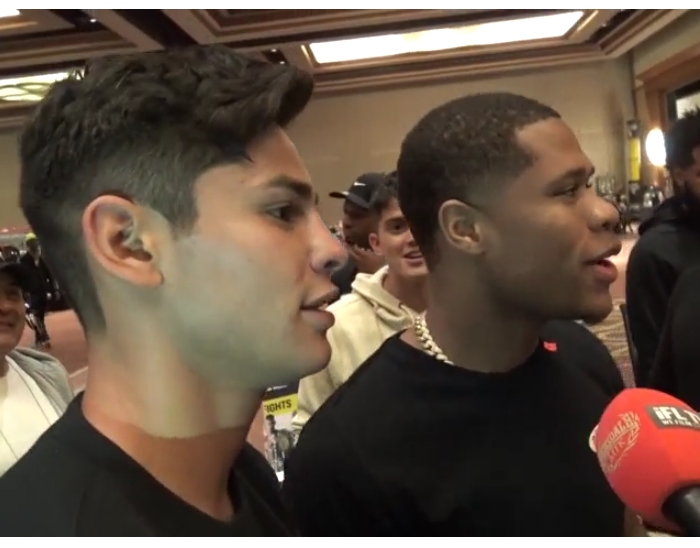 LAS VEGAS – As much as Devin Haney wanted to fight Ryan Garcia next, Garcia’s rival realizes some things are much more important than the boxing business.

Other than stating that he had a feeling Garcia wouldn’t agree to fight him after Garcia knocked out Luke Campbell, Haney expressed sympathy for the undisclosed personal struggles that made Garcia step away from boxing temporarily a month ago.

“At the end of the day, I knew that was gonna happen,” Haney told BoxingScene.com in reference to Garcia avoiding their fight earlier this year. “But I don’t really wanna speak bad on Ryan Garcia because I understand he’s going through a lot right now. I would never kick a man while he’s down. You know, so I understand that he’s going through a lot and it is what it is. My main focus right now is Jorge Linares. At the end of the day, I’m not fighting Ryan Garcia right now. But we knew that it wasn’t gonna happen.”

The 22-year-old Garcia (21-0, 18 KOs) earned a shot at Haney’s WBC world lightweight title when he stopped England’s Campbell (20-4, 16 KOs) with a body shot during the seventh round of their January 2 title fight at American Airlines Center in Dallas. The Victorville, California, native declined to fight Haney next, however, and instead agreed to defend his interim championship against Javier Fortuna on July 9.

Garcia withdrew from the Fortuna fight 11 days after it was officially announced to manage his “health and wellbeing,” according to Garcia’s Instagram post April 24. Garcia hasn’t revealed the specific issue(s) with which he is dealing during this indefinite layoff.

“I haven’t got the chance to reach out to him, just because I’ve been so focused on my fight,” Haney said of Garcia. “But, you know, I wish him well.”