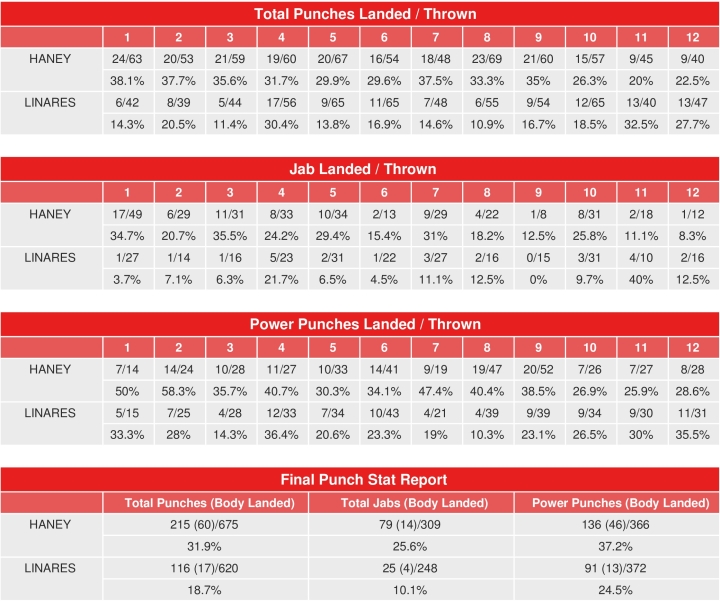 WBC lightweight champion Devin Haney was leading most of the fight, outlanding Jorge Linares in every round through 10 rounds then was outlanded in rounds 11 and 12.

While he dominated many rounds with his boxing ability, everything changed at the end of the tenth when Linares rocked Haney with a big hook.

Haney was doing a lot of holding in the eleventh,  still hurt from the end of the tenth. Haney tried to regroup and began to punch back near the end of the round as Linares was applying a lot of pressure and doing more of the work.

In the twelfth, Haney was still doing a lot of holding as Linares was trying to do damage, but unable to land the right punches before the final bell.

‘CANELO WILL REMATCH AT 175 BUT Bivol wants belts’ – HEARN prioritises Beterbiev vs Smith
Hearn: Ngannou should go straight into big boxing fight, sells AJ bout on “the unknown”
Tyson Fury On Demetrius Andrade: “He’s The Most Avoided Man In All Of Boxing Today”
Liam Wilson: I Felt It Was a Knockout – Navarrete’s Eyes Were F—–!
Emmanuel Navarrete Looking To Get Past Liam Wilson