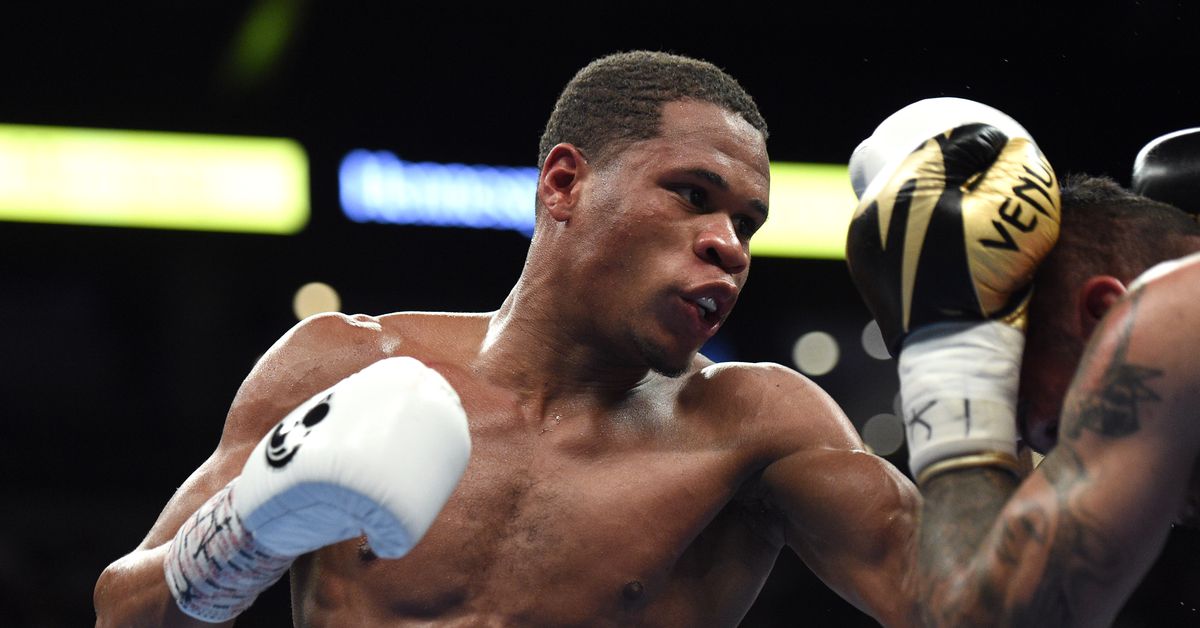 Devin Haney’s win last Saturday night over Jorge Linares has received mixed reviews at best. Nobody really argues that he deserved the W, but after getting hurt in the 10th round, his performance down the stretch left a lot to be desired by many.

The 22-year-old WBC lightweight titlist Haney (26-0, 15 KO) has noticed that no matter what he’s done so far in his career, critics always find a way to play him down:

I box for 12 rounds they say I’m boring & I take no chances. I get knockout of the year they say it was against a nobody. I fight one of the hardest punchers in the lightweight division & win the first 9 rounds & decided I wanted to try & go for the stoppage & still its something

His “Knockout of the Year” is in reference to his win over Antonio Moran in May 2019, and, well, I mean, we all agreed it was a cool looking knockout, but it wasn’t against a contender.

As for the rest, it’s just the way it’s going to be with Haney, fair or not. This is also the same guy who hyped up his fight with Yuriorkis Gamboa, and has since said that Gamboa was “past his prime,” which was the criticism going in.

Maybe it’s a tactical mistake to take this road, really, but that’s from the outside looking in and not being the guy taking the criticism. To me, the Linares win is a good win. His style those last few rounds after he got buzzed is going to take flak, because that’s just how boxing fans are. It wasn’t pretty. He did hold a ton. He did have to survive. But he did all that and got the win.

Should Stephen Fulton and Brandon Figueroa Run It Back?!
Canelo Alvarez On Soccer Star Lionel Messi: “He Better Pray To God That I Don’t Find Him”
Tyson Fury Says He’s Willing To Face Joe Joyce If Oleksandr Usyk Fight Falls Through
Introducing Zach Parker: A fight away from Canelo Alvarez, but his mum sells his tickets
Tyson Fury vs Derek Chisora III: In Camp