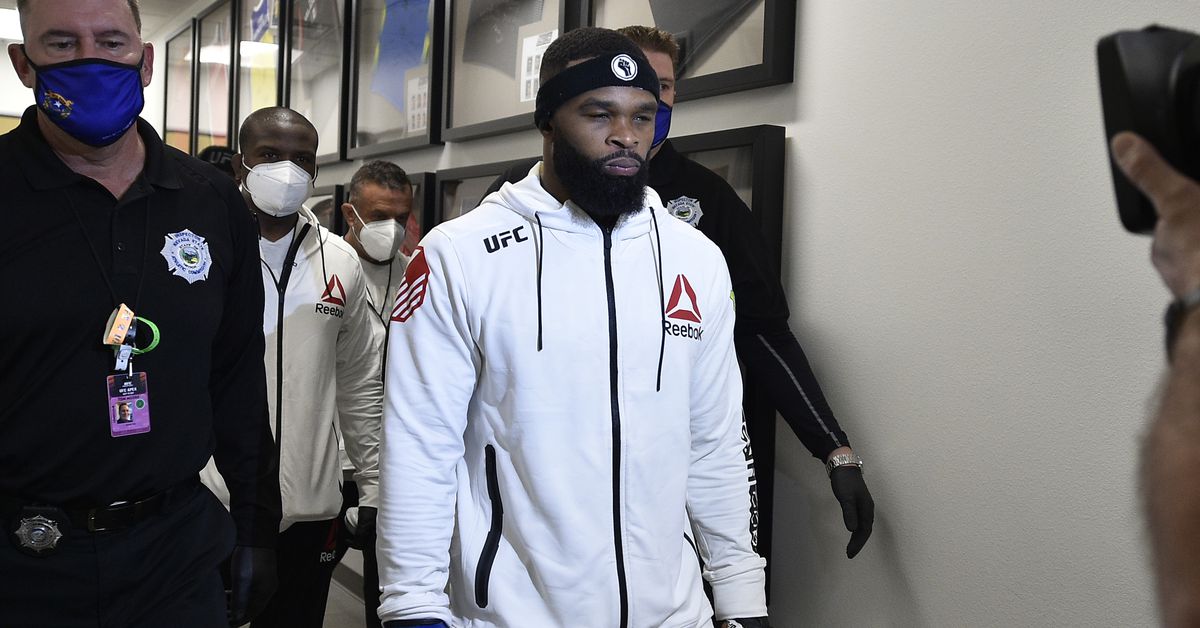 Woodley, who sports a career record of 19-7 in MMA but comes in with four straight losses, told ESPN that he sees Paul as easy money, and as a chance to make a statement for the combat sports world(s):

“Easiest fight of my career and biggest purse of my career all in one night. Basically, they brought me in to take out the trash. I can’t wait to shut this bitch up. This is getting done for the culture, the whole MMA community and boxing community, to rid this guy of combat sports.”

I think he meant “rid combat sports of this guy,” but you get the gist.

Woodley is a former UFC welterweight (170 lbs) champion and certainly a better striker than Ben Askren has ever been, but he’s no quality pro boxer or anything, either. Not that Paul (3-0, 3 KO) or really much of anyone other than someone like Vasiliy Lomachenko or some other decorated amateur should be expected to fight “quality pro boxers” in their fourth fights, but it would probably be a mistake to assume Woodley’s going to come in there and give even Jake Paul the boxing lesson of any of our lifetimes or anything of the sort.

As for Paul, he mixed respect with his usual dramatic flair in an early statement:

“I have a list of people I plan on shutting up with my fists. And as I enter my fourth pro fight, I am excited to knock the first one off the list by challenging myself against a five-time UFC champion known for his knockout power. Tyron’s a seasoned striker who has fought the best in the world. I certainly respect his career, but I will be sending Tyron into a permanent siesta.”

The two are expected to have a media event on Friday, likely in coordination with the Floyd Mayweather-Logan Paul weigh-in show ahead of their Sunday pay-per-view.

Editor’s Letter: Yarde’s performance against Beterbiev demonstrated not only his quality but the importance of experience
Navarrete wins back-and-forth slugfest vs. Wilson
Rocha On Future Showdown With Vergil Ortiz: It Might Be Inevitable
STILL LIONS IN THE CAMP 🦁 Inspirational Anthony Yarde Post-Fight Interview | #BeterbievYarde
Adam Smith RESPONDS TO FRANK WARREN: We made right decision to go with Eddie