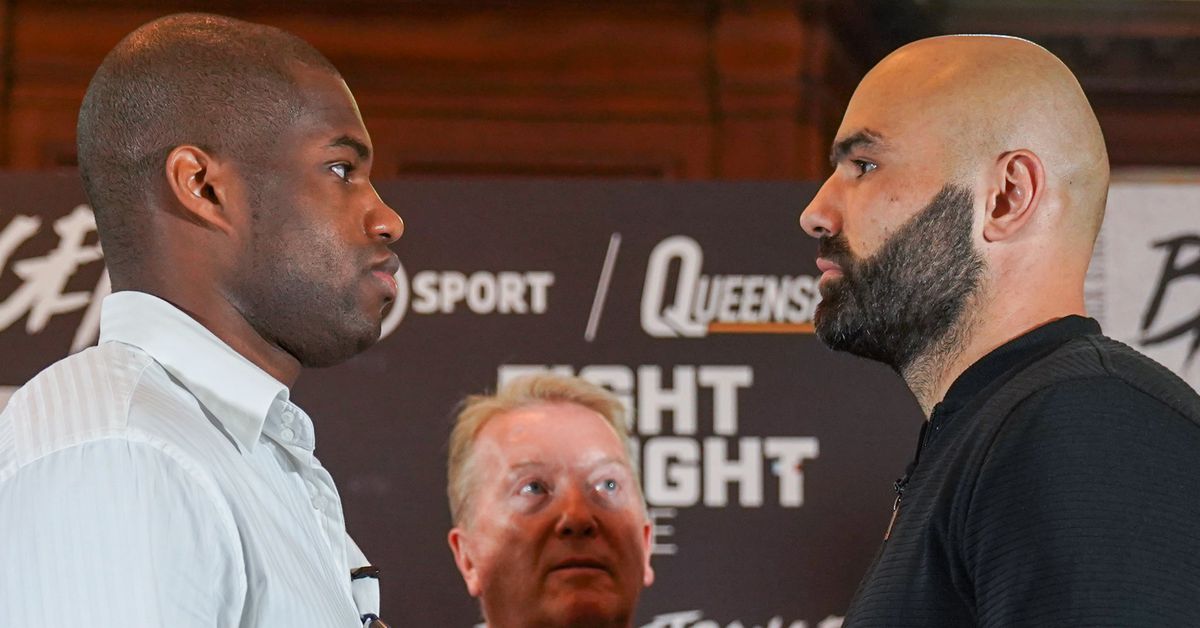 Daniel Dubois may have taken a hard loss in his last outing, stopped in the 10th round against Joe Joyce last November, but the 23-year-old Brit is still a heavyweight prospect for sure, and one of the best out there.

Dubois will have a new face in his corner, as he’s linked up with acclaimed young trainer Shane McGuigan.

“I have teamed up with Shane and I believe I am better than before. I wanted to train with Shane. I believe he is a top trainer, one of the best and has had world champions. I wanted someone with that experience,” Dubois said.

How to Watch Dubois vs Dinu

Dubois sees Dinu as the right sort of opponent for this comeback — someone who isn’t just an easy out, who has been around for a while and knows what he’s doing in the ring.

“This is the fight I needed to come back with where I can perform and get the devastating win that I need to show I am back,” he said. “I needed a test and didn’t want to come back with a soft touch. I have had that experience. It’s now the next step in my journey.”

Dinu has stoppage losses to Jarrell Miller and Kubrat Pulev in his past, but feels experience can see him through.

“My experience will be the difference. I am happy to fight in the UK because it is the best place for boxing right now,” he said. “I am happy to be here for a big fight. I have the opportunity to fight for this belt. It doesn’t matter who the opponent is. I am coming to win, take the belt and go home.”

The belt in question is the interim WBA heavyweight title, which is absurd to be putting up between a guy coming off of a loss and a guy whose last two wins — following back-to-back defeats — are against journeyman club fighter types.

But Dubois is right that this is the sort of fight, whatever the ridiculous belt situation. Dinu is no world-beater, but Dubois coming back against a total bum who would be expected to fall over in a round or two wouldn’t have done much of anything for him. He’s been through those opponents already, and the way forward isn’t taking two or three steps back.

BLH will have live coverage for the full Dubois-Dinu card on Saturday.

Thomas “Cornflake” LaManna to face Saul Roman in Atlantic City
Post-fight quotes: Ortiz sees room for improvement, McKinson doesn’t want to go back to domestic fights
Daily Bread Mailbag: Spence-Crawford, Danny Garcia, Ortiz-Ruiz, Haney, More
Diary of the Games: Watching the 2022 Commonwealth Games from ringside
Frampton: Joshua needs to bully Usyk, not sure he can do it over 12