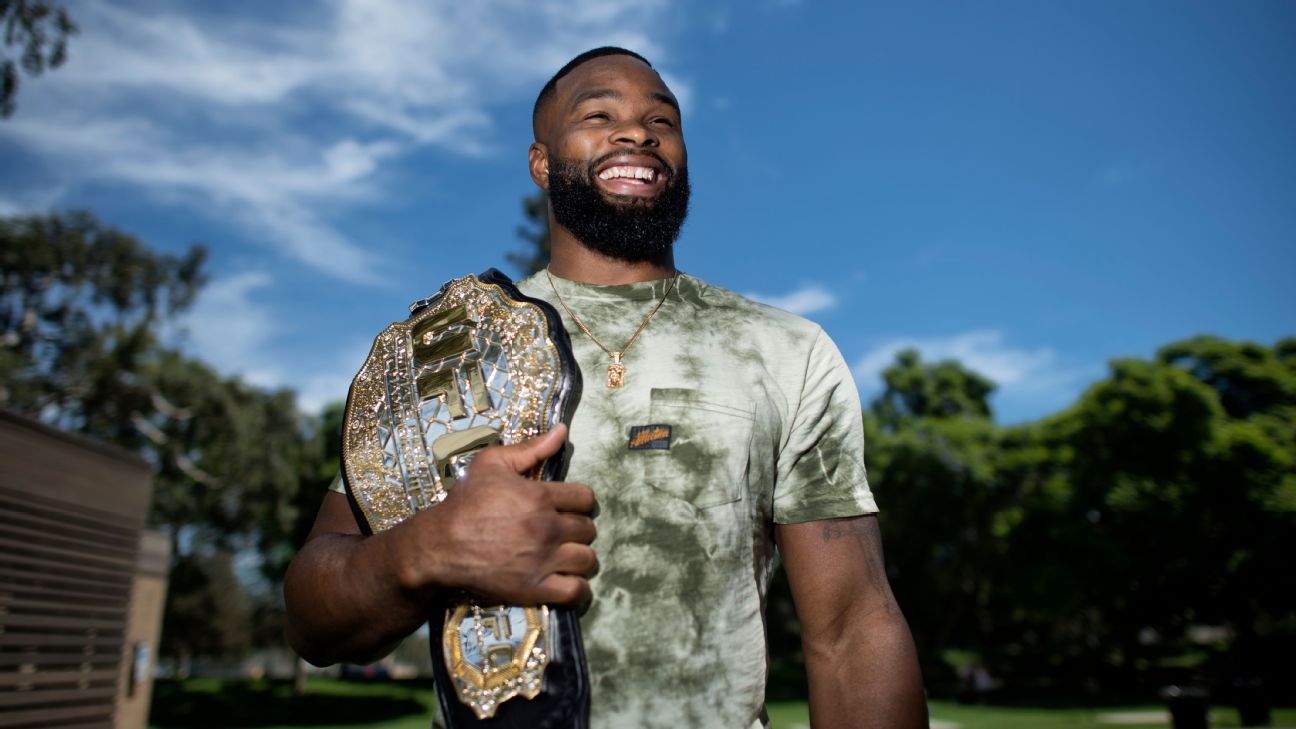 The Jake Paul vs. MMA (but … in a boxing match) phenomenon will roll on this summer, as the popular YouTube star will take on former UFC champion Tyron Woodley in August.

There are a lot of unanswered questions around the force that Paul (3-0, 3 KOs) has become in combat sports. The fact that his next fight against Woodley, 39, will air on Showtime PPV, a well established network in the combat space, is certainly interesting. What’s the long term appeal of these fights? And how might they impact the industry, particularly if more active pro fighters want a piece of the action?

Of course, there’s also the tantalizing one of: How good of a boxer is Jake Paul, really?

For now, however, let’s focus on some of the questions we can already answer. And many of those center around Woodley. Who is he? What has he done? Where is he in his career to be accepting this fight? And, most pertinent, can he box?

Here’s what you need to know about Paul’s next opponent.

Woodley is one of the greatest welterweights of all time…

Legitimately, one of the all-time greats. In fact, ESPN recently ranked the top welterweights in the history of mixed martial arts, and Woodley came in at No. 4. He fought for a Strikeforce championship just three years into his pro career in 2012, won a UFC title in 2016 and defended it four times before falling to another all-time great, Kamaru Usman, in 2019. Woodley is the real deal when it comes to welterweight MMA.

… But he hasn’t always gotten credit for it

And that bugs him. Woodley has long believed he never got enough credit (or compensation, for that matter) for his MMA accomplishments, which has resulted in a massive chip on his shoulder.

A lot of that is due to the fact that when he was champion, UFC president Dana White was highly critical of some of his performances. Ultimately, Woodley struggled to rally the UFC’s fanbase around him, and the unfortunate reality of combat sports is when you’re not a fan favorite, you are at risk of going underappreciated. Woodley was probably a victim of that.

And his frustration, disappointment, bitterness — however you want to phrase it — around that aspect of his MMA career is worth noting right now, because …

Woodley is definitely taking a risk, legacy-wise, by accepting this fight

In many ways, it’s similar to the situation of Paul’s last opponent, Ben Askren. Askren, 36, was a former MMA champion in multiple organizations and a U.S. Olympic wrestler. As good as Askren was, however, there were always questions about, “How good is Askren, really?,” because all of his success occurred outside the UFC. And when he did make a move to the UFC late in his career, he didn’t fare especially well.

So, when Askren got knocked out by Paul in April — in a non-competitive, 119-second bout — that had consequences on his legacy. In a matter of years, Askren’s résume went from an undefeated welterweight force, to a guy who struggled when he finally got to the UFC and was badly knocked out by a social media influencer. Any way you frame it, that’s a huge difference in a short amount of time.

And in taking this fight, Woodley faces the same threat. Here’s a guy who always felt his accomplishments were overlooked — and has now lost four fights in a row in the UFC, and moved on from the organization. If he suffers the same fate as Askren (who happens to be his close friend), and loses to Paul, it will be nothing short of devastating on the legacy he wishes to leave.

It could result in more people remembering Woodley for losing to a YouTuber than for winning a UFC title against Robbie Lawler and defending it against the likes of Stephen Thompson, Demian Maia and Darren Till. That is a lot of risk to take in one night.

So, can Woodley box?

Woodley’s base always was and still is wrestling. He was a two-time NCAA All American and Big 12 champion at the University of Missouri. He has not always relied heavily on that base, however, in MMA — especially in recent years. In fact, Woodley only converted six takedowns in his entire UFC career (16 fights), and half of those came in a single fight. Frankly, he was more of a striker than a grappler in MMA.

Woodley has worked with boxing coach Eric Brown since 2008. Brown has been a mainstay at Freddie Roach’s Wild Card Boxing Club in Los Angeles for years, and worked with boxing champions like Manny Pacquiao, James Toney and Carlos Hernandez, among others. Woodley’s highlight reel includes multiple one-punch knockouts on the feet. For the record, the same could not be said of Askren.

For Woodley, the biggest question around this fight against Paul probably isn’t, “Can he box?” Most likely, the majority of pundits out there would say, ‘He can at least box as good as Jake Paul.’

The biggest question is whether or not he wants to fight at all, period. That question has now followed Woodley around for more than two years. It’s not just because of his losing streak, it’s that he didn’t look like he wanted to be in there for most of them. Now, he was fighting the best welterweights in the world, and there was a sense he was looking forward to the end of his UFC contract for reasons previously mentioned, but once a fighter loses the will to be in there, there’s no guarantee it will ever return. If that will truly is gone — and just how far gone it is — could end up mattering a lot more than how good of a jab he’s got.