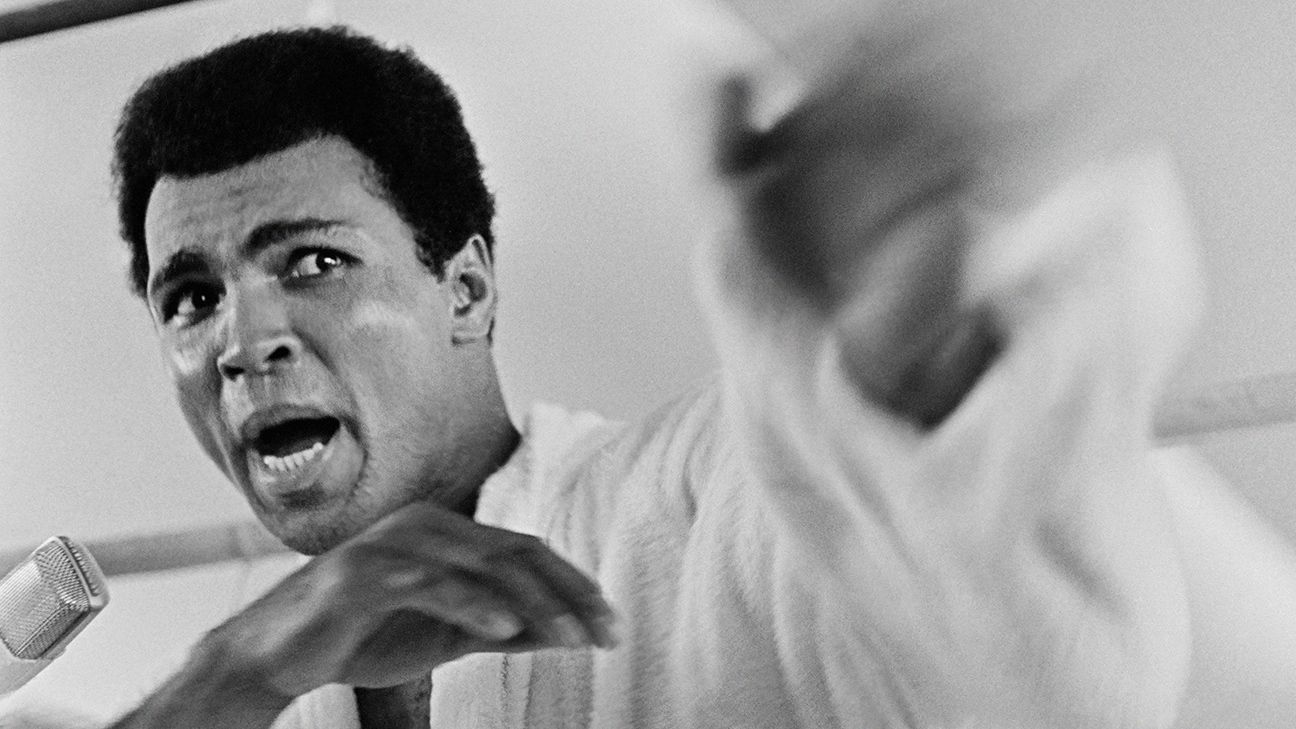 Muhammad Ali was as skilled with words as he was in the ring. His poignant sayings about sports and life figure to remain iconic for generations to come alongside the lore of his historic fights.

Today, in memory of the man who not only was the greatest but who also made sure to tell you he was, we rank his greatest quips.

“I don’t count the sit-ups. I only start counting when it starts hurting because they’re the only ones that count. That’s what makes you a champion.”

Why we love it: Numbers aren’t absolute. People have different bodies, are at different levels of training, have different pain thresholds. But, like many of Ali’s sayings, the idea he is expressing makes a lot of sense, even when dismissing what the rest of the world sees as a benchmark.

“Silence is golden when you can’t think of a good answer.”

Why we love it: Although it’s hard to think of many times when Ali was actually silent, a phrase like this has more impact coming from a guy who seemingly had a comeback for everything than it does from a person who is naturally quiet.

“I wish people would love everybody else the way they love me. It would be a better world.”

Why we love it: For much of Ali’s career, he filled the air with the idea that the people around him didn’t make him — that he made himself. But that doesn’t mean Ali didn’t recognize how much people cared for him. He says as much here, relating to the age-old “athlete as a role model” dynamic and wishing people felt the same way about those around them.

“It isn’t the mountains ahead that wear you down. It’s the pebble in your shoe.”

Why we love it: People tend to be fixated on the large problems or goals in life. What Ali brilliantly suggests here is that everyday goals and challenges that affects people most, not the big-picture obstacles easiest to focus on.

“The will must be stronger than the skill.”

Why we love it: Ali was undoubtedly an incredible athlete who was uniquely talented. But it’s also undeniable that no one believed in Ali more than he did himself. Seemingly willing himself to some victories, Ali owes part of record to his self-confidence — beyond just his ability to move and punch.

Why we love it: Ali’s Parkinson’s diagnosis was not only his loss, but it also robbed us of one of the world’s most colorful characters. It’s hard to know how Ali was feeling in his final years, but it was clear that he didn’t mind attending events and making appearances despite his condition. If those days didn’t count for him, they certainly counted for those who will never forget the day they were graced with his presence.

“The fight is won or lost far away from the witnesses, behind the lines, in the gym and out there on the road, long before I dance under those lights.”

Why we love it: Ali was the ultimate showman. No one, even to this day, could captivate a crowd and fill the air with as much life as Ali did. So despite the show and his ability to perform when all are watching, it’s a revelation that he so valued time spent working behind the scenes.

“I am the greatest. I said that even before I knew I was. I figured that if I said it enough, I would convince the world that I was really the greatest.”

Why we love it: Successful people often need to have the confidence that will be successful. Although this much seems obvious, such confidence and swagger is often disdained. That being said, Ali’s assuredness here makes a lot of sense. Ultimate self-confidence is the first step to realizing a dream.

Why we love it: Ali’s most famous quote deserves all the love it gets. He beautifully juxtaposed the rhythmic butterfly and dangerous bee to concisely capture his fighting style. The saying makes so much sense when watching Ali box. The big man danced around the ring with shocking grace, waiting for the right time for a stinging punch.

Why we love it: This quote often is truncated to the last part “Impossible is nothing.” But the rest means so much more. While many will immediately deem a goal impossible, for the right type of person, that doubt leads to untold motivation.

Ryder eyes Alvarez after win via injury stoppage
The BN Preview: Tom Farrell aims to provide Harlem Eubank with the first test of his pro career
Panel: If Dillian Whyte and Anthony Joshua fight again in the future, who would you pick to win?
‘Boxing missed me’: Fired-up Fury set for return
Curtis Harper: I’m Gonna Go Toe-To-Toe With Jalolov & Do My Best To Take Him Down