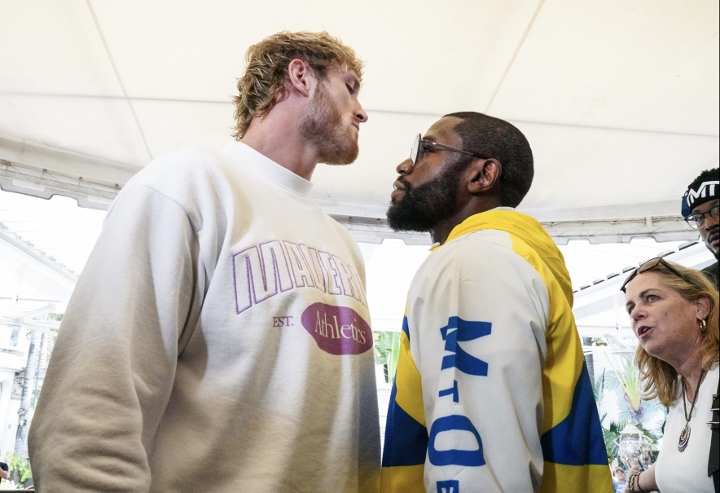 The eight round exhibition fight will headline a Showtime Pay-Per-View event on Sunday night, June 6th, in Miami, Florida.

Mayweather, a former five division world champion and 50-0 as a pro, retired from boxing in August of 2017 after stopping UFC superstar Conor McGregor in ten rounds.

He came back in December of 2018, by flying over to Japan and demolishing kickboxer Tenshin Nasukawa in the first round of their exhibition fight.

Because of Paul’s tremendous following on social media, and Mayweather’s name power, the contest has received a lot of mainstream attention and far more media coverage than most traditional boxing matches in the last few years.

Paul, 0-1 as a boxer after losing his pro debut with a controversial split decision to Youtube rival KSI, is a massive underdog in the fight – even with his significant edge in size and strength.

Beterbiev embraces the idea of these crossover exhibitions – because he believes the attention they receive is also placing a big spotlight on the sport of boxing.

“I think such fights make the boxing more popular. For example, they don’t go to MMA or some other combat sports. They go to the boxing. So I am fine with that,” Beterbiev said to The Sun.