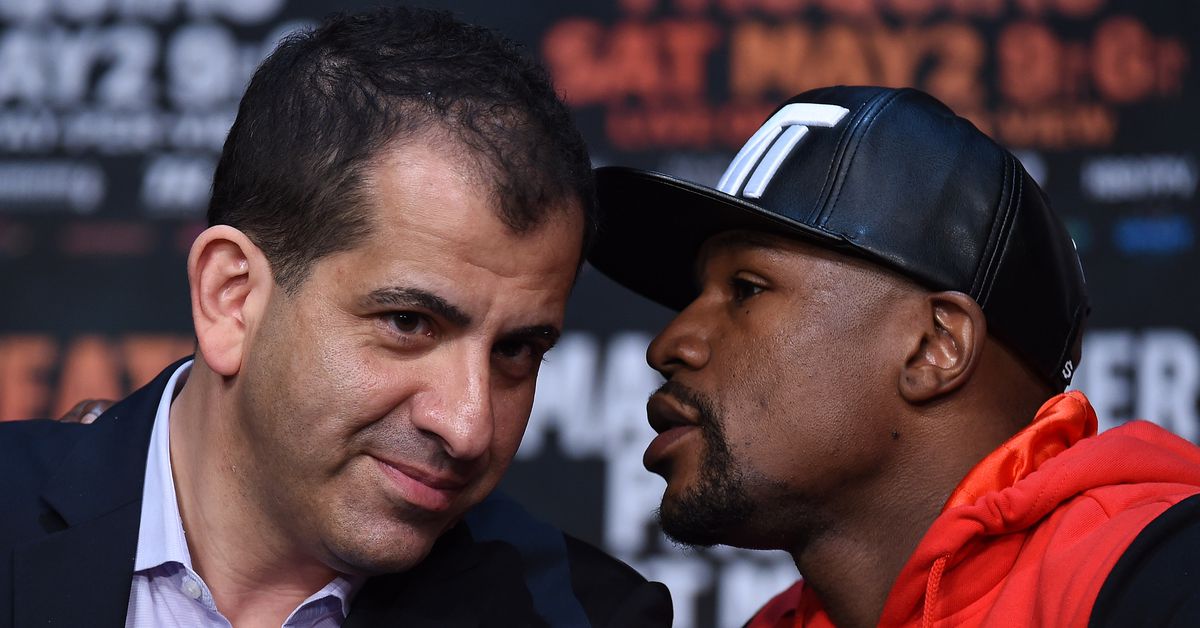 Showtime boxing boss Stephen Espinoza, two days away from the Showtime PPV which features Floyd Mayeather vs Logan Paul, spoke with “Friday At the Fights with Randy Gordon and Gerry Cooney” on SiriusXM on the upcoming slate for the premium cable outlet.

Part of his messaging had to do with sending a memo: Showtime boxing is still here, and is sticking around, starting with Sunday’s show.

“Little bit of everything, I’m happy to see Jarrett Hurd come back after dealing with his tragedy, the loss of his father,” Espinoza said. “Happy to see Badou Jack, I’m curious about Chad Johnson. And I’m sort of intrigued on the main event. I’m not sure what to expect, but it won’t be boring, that’s for sure.”

Interesting how Espinoza is low-keying the Mayweather part of the PPV. He sure didn’t over-promise, and frankly, it’s a savvy play. He’s taking an “it is what it is, buy it if you want, if not, peace be with you” stance.

Espinoza also touched on the signing of Jake Paul. He swore on a Bible stack that the hat snatch at the presser wasn’t part of a grand plan, that it wasn’t conceived with Floyd Mayweather in order to fold another Paul into the mix. He believes Jake Paul is committed to taking on tougher foes, and sticking with boxing.

“As long as Jake continues to elevate the element of risk then I think people will be interested,” Espinoza said, adding that he thinks Jake vs Tyron Woodley is a legit coin flip fight.

And are we going to see Floyd fight Jake after Logan? Mayweather hasn’t indicated that this is his plan, Espinoza said.

He summarized the institutional take on celebrity boxing, and the Showtime POV on the new reality. That could be temporary or a trend that will have legs, which sees neophytes to the game gain out-sized attention by virtue of their existing celebrity status.

“We can maybe make the tent a little bit bigger, bring in some new fans. If they come in by way of social media influencers, great. Our job is to get them to stay, and get them to watch Tank (Davis) and David Benavidez and the Charlos and all the young fighters we have already,” he said.

“The rumors of our demise were greatly exaggerated,” Espinoza told Cooney, when Gerry noted that HBO hit the bricks, DAZN didn’t evaporate Showtime, and neither did the Top Rank/ESPN partnership.

Beyond some solid fights that are booked, he also spoke on a forthcoming documentary, Four Kings, which will appeal to both older fight fans and younger ones who are likely to be enthralled by the stories of Sugar Ray Leonard, Roberto Duran, Thomas Hearns, and Marvelous Marvin Hagler.

Now, I could counter by bringing up the possibility that this spotlight might make fans of today realize that the 2021 talent pool doesn’t match the skills on display in the mid-80s, but that would be the hoarsened voice of the guy on the beat for 25 years. “The Kings” debuts Sunday on Showtime at 8 pm ET.