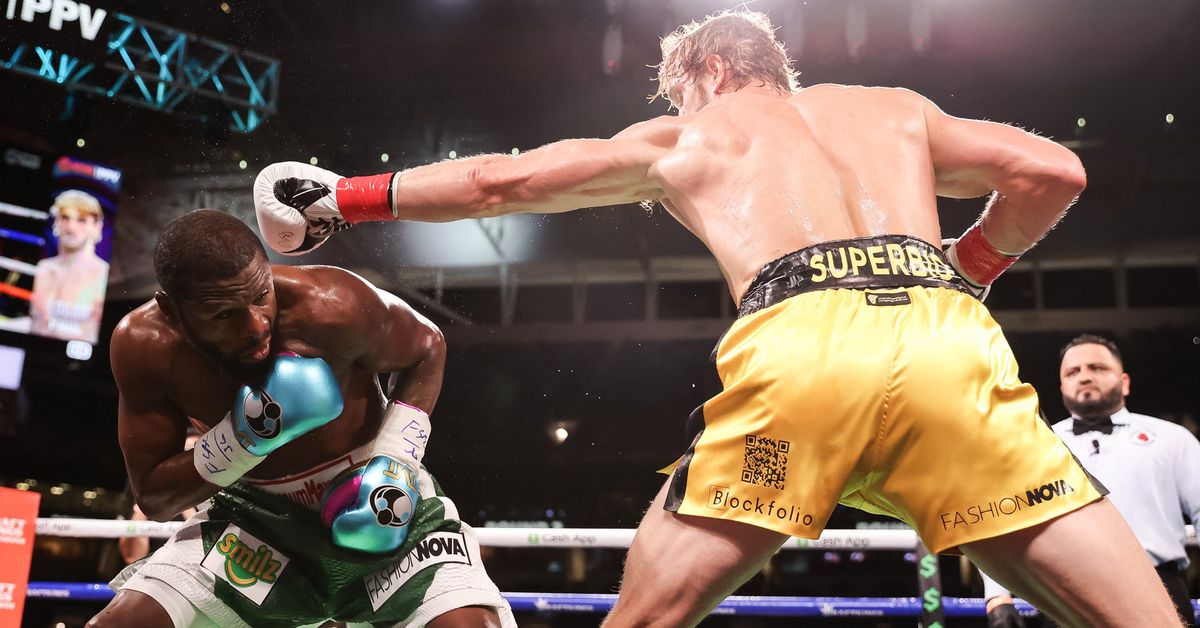 Floyd Mayweather and Logan Paul left at least two people — themselves — very happy after tonight’s exhibition boxing show in Miami, completing eight full rounds of not much to write home about.

The 44-year-old Mayweather and 26-year-old Paul will probably wait to see exactly how happy they are once the pay-per-view buys roll in, though there’s a chance a lot of those may have to be refunded if Showtime weren’t able to get their streaming fixed in time, because that was an issue for many all night, acknowledged by the company on social media.

Luckily, mine stayed strong all evening, so I was able to see this momentous occasion live and in full, and what a story it was.

We saw Mayweather, at least 40 pounds lighter than Paul, pick and poke, move and do nothing, land some shots when he felt like it, back off when he didn’t feel like it. We saw Paul, to his credit, certainly look like he’s improved his boxing form since his 2019 fight with fellow YouTuber KSI, but he wasn’t actually able to do much of anything with Floyd.

And, as Showtime commentators Mauro Ranallo, Desus, and Mero flipped between pretending they were calling a real fight and all but making fun of the paying audience for having tuned in, the question was really, did either of the participants want to “do much of anything”?

Last November’s Mike Tyson-Roy Jones Jr exhibition was similar. If enough people feel they got their money’s worth, this sort of thing will continue, in part because a large portion of the public seem genuinely incapable of understanding what “exhibition” means. Like reality TV and adults who take pro wrestling too seriously, they want to believe.

“I had fun. I’m not 21 anymore, but it’s good to move around with these young guys and test my skills,” Mayweather said. “Great young fighter. Strong, tough. He’s better than I thought he was. He’s a tough, rough competitor. It was good action. Had fun. Good little work. Good guy. I had fun.”

“I don’t want anyone to tell me anything is possible ever again. The fact that I’m in here with one of the greatest boxers of all time proves the odds can be beat,” Paul said. “Everyone can beat the odds and do great things in life! Floyd, it was an honor. I hate being a dickhead, I love you guys.”

“I’m gonna go home thinking, ‘Yo, did Floyd let me survive?’ But it’s an honor to grace the ring with him,” Paul said. “He’s tough to hit! He’s always tough to hit! Floyd Mayweather-Logan Paul 2? I don’t know! Let me get a little better.”