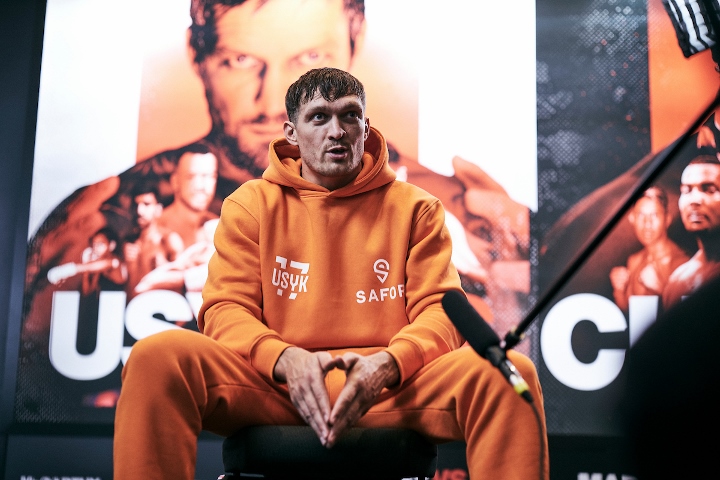 Talks continue to progress for a heavyweight title fight between Anthony Joshua and Oleksandr Usyk.

Both sides have acknowledged that negotiations are advanced to the point where a purse bid hearing likely won’t be necessary to proceed with the event. The WBA/WBO/IBF/IBO title fight is now being targeted for September, with Sky Sports reporting that Tottenham Hotspur Stadium—a 62,850 seat football stadium in North London—is the leading candidate to land the event.

“We are looking forward to signing the papers,” Alex Krassyuk, Usyk’s promoter and general director of K2 Promotions-Ukraine told BoxingScene.com, though declining to discuss any specifics regarding current negotiations. “The date and place are yet issues [still] under discussion.”

Ukraine’s Usyk (18-0, 13KOs) has served as the WBO mandatory contender for more than a year, when he moved up to heavyweight after having reigned as undisputed cruiserweight champion. The 2012 Olympic Gold medalist and now former cruiserweight king has won two fights at heavyweight, including a 12-round unanimous decision victory over England’s Derek Chisora last Halloween at SSE Arena, Wembley. The bout with Chisora came with the understanding that he would next face Joshua (24-1, 22KOs), having to wait out the Brit honoring his obligations with the IBF and its own mandatory challenger in Kubrat Pulev.

Joshua was previously due to face Pulev at Tottenham Hotspur Stadium last June 20 only for the coronavirus pandemic to shut down those plans along with the sport as a whole. The two eventually met last December, with Joshua scoring a 9th round knockout in the first defense of his unified title reign since regaining the belts following a Dec. 2019 win over Andy Ruiz. Joshua suffered a 7th round knockout loss to Ruiz six months prior, ending his title reign dating back to April 2016 when he knocked out Charles Martin in the 2nd round to win the IBF title.

Usyk patiently waited in line for his shot, only to be asked by the WBO to consider a shot at its interim title versus England’s Joe Joyce while allowing Joshua to pursue an undisputed heavyweight championship showdown with countryman Tyson Fury. The matter lingered for months, with Usyk and his team threatening legal action at one point in order to secure the overdue title shot.

That fight eventually came to the surface once a desired Fury-Joshua superfight hit a wall. Fury was declared by an independent arbitration judge to be legally bound to a third fight with Deontay Wilder, with that bout now due to take place July 24 likely at T-Mobile Arena in Las Vegas.

Once the ruling was rendered this past May, the WBO issued a Show Cause letter to Eddie Hearn—Joshua’s promoter and chairman of Matchroom Sport Group—which left him with a 48-hour deadline to show proof of a finalized deal in place for Fury-Joshua. An effort to extend the deadline was denied by the WBO, calling for negotiations to immediately commence and with the threat of a purse bid hearing to be called should a deal not be reached by month’s end.

That deadline has since been extended, with all parties involved pleased enough with current progress.

“We are moving forward to (finalizing) the details and announcing the fight officially,” noted Krassyuk.