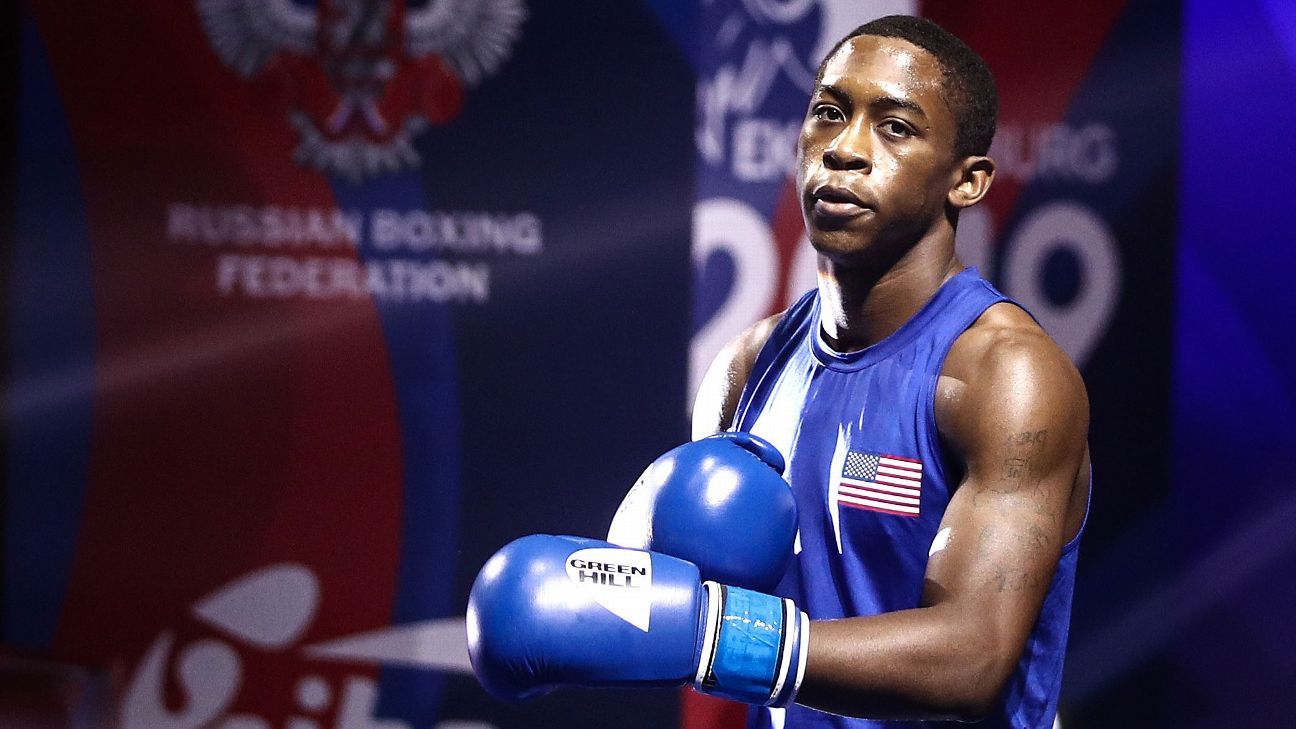 COLORADO SPRINGS, Colo. — Keyshawn Davis’ quest for Olympic gold is back on.

Davis and two fellow American boxers were awarded places in the Tokyo Olympics on Monday, allowing Davis to make an improbable return to USA Boxing five months after the touted lightweight turned professional amid conflict with the national governing body.

Davis, 22, won his first three pro fights over the past 3½ months, and now he will be one of the favorites in the 63-kilogram division in Tokyo.

He is likely the top men’s candidate for a gold medal on the U.S. team, which is sending five men to Tokyo with the additions of Davis, featherweight Duke Ragan and middleweight Troy Isley at the conclusion of the haphazard Olympic qualifying process caused by the coronavirus pandemic.

The U.S. initially qualified only two men and four women, but the late additions have brought the contingent to nine fighters, and the team is still holding out hope of getting a 10th to Tokyo.

Although Davis still can’t quite fathom how it all happened, he is overjoyed to be back in a USA Boxing uniform while the team wraps up its final training camp at its home base in a vacant department store in Colorado Springs.

“I did not expect this at all when I went pro,” Davis told The Associated Press. “I was not looking to come back to the amateurs. I was happy with my decision. I was a happy fighter. I could make my own schedule, travel wherever I want and make good money. But when the Olympics came back to me, it was a no-brainer to go back.”

Davis, Ragan and Isley are joining a still-undetermined number of boxers allowed to fight in Tokyo after turning pro because of rule changes enacted before the Rio de Janeiro Games allowing professional prizefighters into the Olympic field.

Initial concerns about an influx of seasoned veterans fighting amateurs have proved unfounded, and the pros headed to Tokyo are almost exclusively young prospects like Davis who got a jump on their professional careers while staying prepared for Olympic competition.

Ragan is 4-0 since turning pro last year, while Isley had one pro fight in February. Neither fighter was initially selected for Tokyo after the canceled Americas qualifier in Buenos Aires.

The combination of the pandemic and the turmoil at the top levels of amateur boxing have reduced Olympic qualifying to an award for previous accomplishments. Davis, Ragan and Isley were awarded spots because they were among the highest-ranked boxers from the Americas in each weight class that didn’t get in a quota through the first continental allotment.

Davis has dreamed of winning a gold medal since he was a child in Virginia, and he initially decided to stick with his Olympic quest when the pandemic forced Tokyo’s postponement to 2021. But Davis and his national team coaches clashed over Davis’ attendance at training camps for the now-canceled Olympic qualifiers.

Davis said he couldn’t attend the workouts due to family obligations, particularly after his mother was diagnosed with multiple sclerosis. The disputes culminated in a letter from USA Boxing to Davis telling him he had been removed from the team – “on Christmas Eve,” Davis said with a laugh.

USA Boxing head coach Billy Walsh acknowledges the conflict with Davis, but the two have smoothed over their bad feelings from 2020.

“We’ve got the team back together again,” Walsh said. “This is the team I thought I was going to have a couple of years ago, when we were planning on being one of the best teams in the Olympic Games. Davis has come back and been really enthusiastic. He’s been a great team player. He’s really lifted the team.”

Davis learned about the possibility of going to Tokyo last month, just a few days before his bout on the undercard of Canelo Álvarez’s win over Billy Joe Saunders in Texas. The phone call from Walsh and USA Boxing high performance director Matt Johnson stunned him.

“I was excited for that [pro] fight for the wrong reasons,” Davis said. “I just got so excited about the Olympics.”

Davis eagerly agreed to wait for his fourth professional bout, which had been scheduled for June 19 on the undercard of lightweight champion Teofimo Lopez’s main event against George Kambosos Jr.