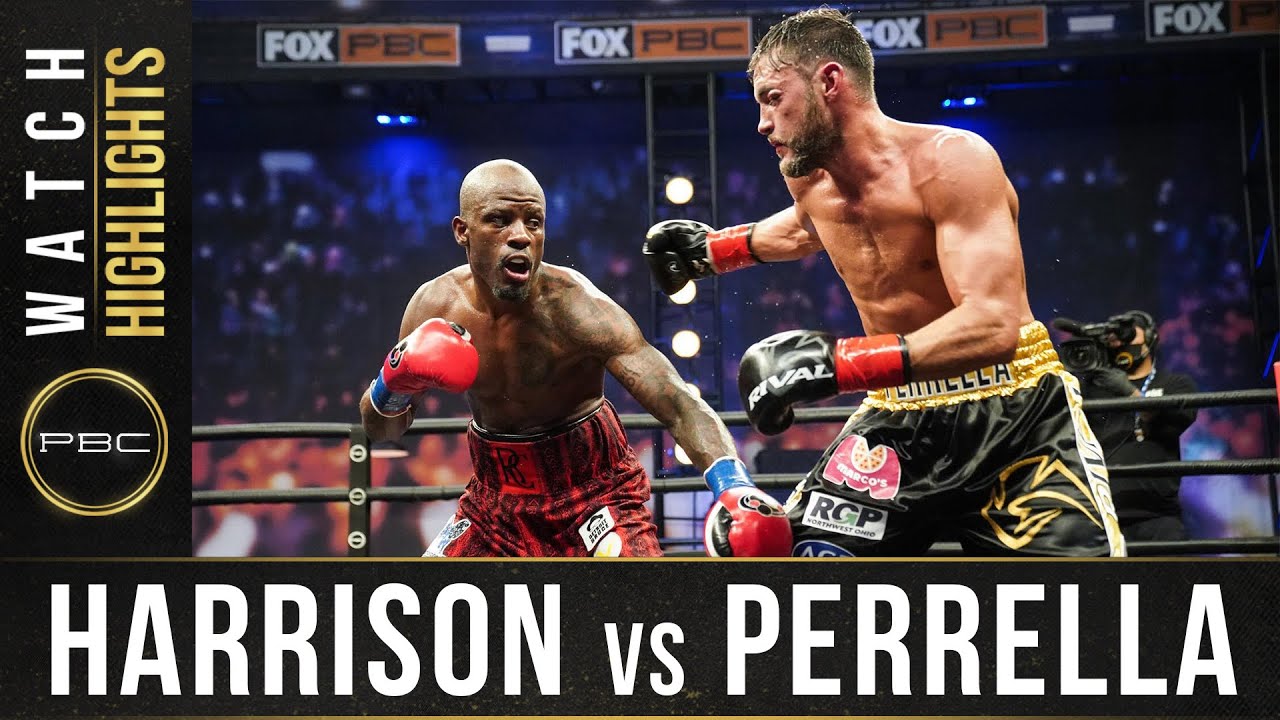 The tactical showdown saw both Harrison (28-3-1, 21 KOs) and Perrella (17-3-1, 14 KOs) have strong moments early. Harrison found a place for his right hand in the second round, connecting with multiple power shots that created a welt under Perrella’s left eye. Perrella bounced back strongly in round three with a flurry of activity and accurate combinations that appeared to hinder Harrison’s aggressiveness.

While Harrison had success with a consistent jab, Perrella was just as consistent countering with his right hands and never allowing his hard-hitting opponent to put him in danger. Moving up in weight and debuting with new trainer Roy Jones Jr., Perrella was able to finish the fight strong after losing his previous outing by being stopped in the final moments of the last round.

“I felt strong and my stamina was good all fight,” said Perrella. “I had to be smart in there with a guy like Tony Harrison. He has a real good jab and a good reach and he can pop as well. I knew I couldn’t do anything stupid. He’s got so much experience and it was my first fight at 154 pounds. It was great to mix it up with one of the big dogs in the division.”

Harrison was returning to the ring for the first time since his father and trainer Ali Salaam passed away one year ago. With his brother LJ in his corner, Harrison showed off his typical boxing skills behind the jab and a strong right hand that connected with Perrella and was perhaps his best weapon.

“It was good to be back in there and having fun,” said Harrison. “He was craftier than I thought he’d be. A lot of shots he threw didn’t have much on them, and I probably got caught pulling back a couple times. Overall after 16 months I thought I did okay. I was in there with a clear head and I was staying on my feet between rounds, so I know my body is still in great shape.”

According to CompuBox, it was Perrella’s activity against Harrison’s accuracy and power. Perrella held advantages in punches thrown (692-453) and punches landed (150-138), while Harrison earned the edge in accuracy, connecting on 30.5% of his shots compared to 21.7% from Perrella. Harrison also out-jabbed Perrella at a 60 to 32 clip.

“The judges do their job, I’m not disappointed in their decision,” said Harrison. “I just have to ask myself what I needed to do more of and what I could have done better at. I’ll know more about how I did after I look at it again. I probably could have let my hands go a little more. I gave him a couple of momentum rounds where he felt like he was doing better than he really was.”

“I thought I did enough to win,” said Perrella. “In the first half of the fight I had him rocked and had him hurt several times. He’s real crafty and he’s a veteran. I’m just getting my feet wet at 154, but it was good to get this first fight with Roy out of the way. It’s going to get even better next time out.”

Astrolabio Eager For Statement Win Against Potapov in IBF Eliminator
Bill Haney calls Teofimo Lopez Sr, says their sons can fight next
Ryder: Parker’s Been Perfect So Far… I’m a Different Animal; I’m ‘The Gorilla’
Tyson Fury On Derek Chisora Fight: “If You Want To Tune In, Watch It. If You Don’t, F–k Off”
Daniel Dubois: Fight against Kevin Lerena can be launchpad into ‘big leagues’