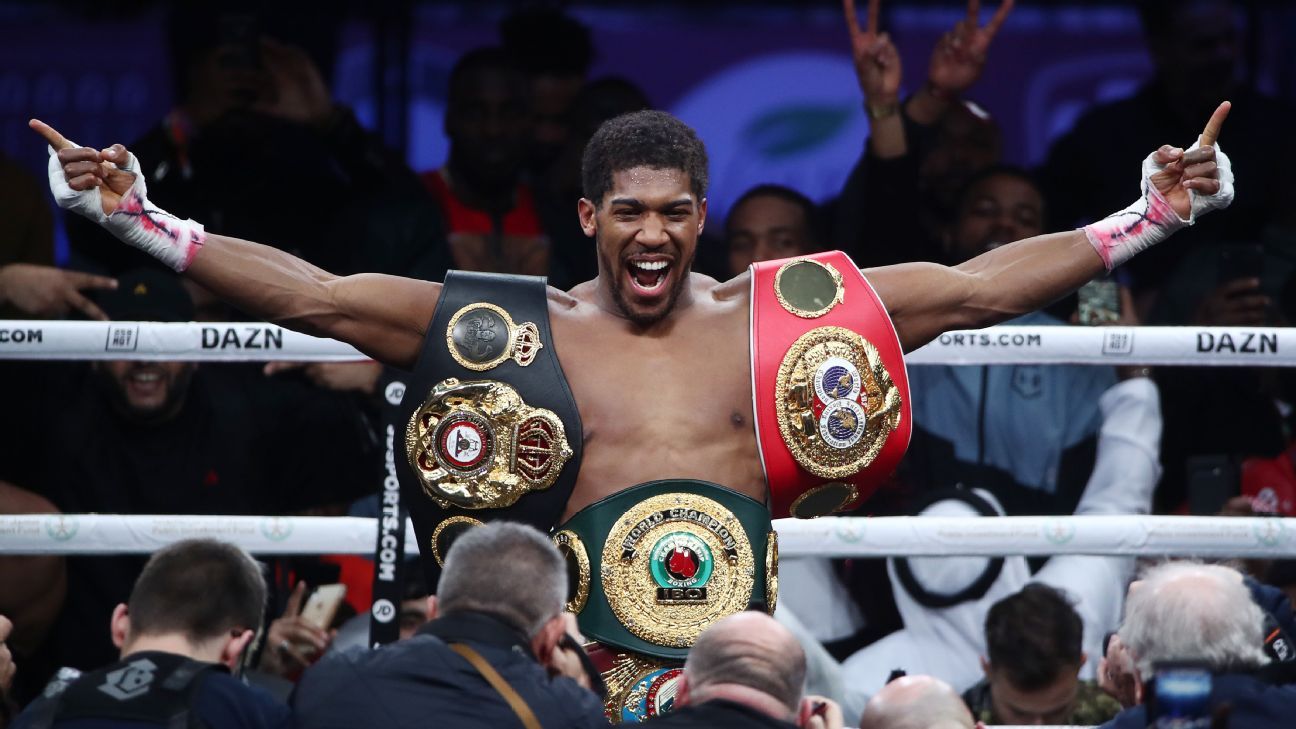 Hearn is in discussions with Usyk’s team about a fight for Joshua’s WBA, IBF and WBO belts at the 62,000-capacity home of English Premier League side Tottenham Hotspur in north London.

Joshua (24-1, 22 KOs), 31, was due to face Kubrat Pulev in June last year, but the fight was delayed and then staged at the indoor SSE Arena, Wembley, due to restrictions caused by the coronavirus pandemic.

Joshua stopped Pulev in nine rounds, and the priority then became about making a £200 million fight with WBC champion Tyson Fury.

After plans to match Joshua with English rival Fury collapsed last month, the fight with Usyk (18-0, 13 KOs), 34, has been the most likely next fight for Joshua as the Ukrainian is his WBO mandatory challenger. If Joshua wants to keep the WBO belt, he must face the former undisputed world cruiserweight champion next.

“This week that fight will be signed,” Hearn told DAZN.

“We’re looking at September in London. Just finalising the details. It’s a great fight, a dangerous fight, it’s not the one we necessarily wanted or expected. But it’s a high level heavyweight fight.”

Joshua was ringside for southpaw Usyk’s last fight, a unanimous points decision over England’s Dereck Chisora, in October. Usyk has had two fights as a heavyweight since his final defence of all four world cruiserweight titles in November 2018.

Joshua’s win over Bulgarian Pulev was the first defence of the titles he regained in a rematch with Andy Ruiz in December 2019, after losing by a shock stoppage to the American two years ago.

Meanwhile, Fury (30-0-1, 21 KOs), 32, has been linked to a third fight with American Deontay Wilder (42-1-1, 41 KOs) in Las Vegas on July 24 after Wilder won an arbitration case, forcing a trilogy fight. Fury-Wilder III has yet to be officially confirmed.

A deal between Joshua and Usyk will leave England’s Joe Joyce looking for an alternative opponent. Although attempts were made to make Joshua-Fury earlier this year, Joyce, who is No. 2 in the WBO rankings, was hoping to fight Usyk next.

Diary of the Games: Watching the 2022 Commonwealth Games from ringside
Nowhere To Run! | Joe Joyce v Joseph Parker Live Press Conference
Jake Paul To Pay Undercard Fighters 50% Of What They Would Have Earned On August 6th Card
Garcia vs Benavidez HIGHLIGHTS: July 30, 2022 | PBC on Showtime
The Beltline: Interviewing boxers in the era of clickbait, content and no context