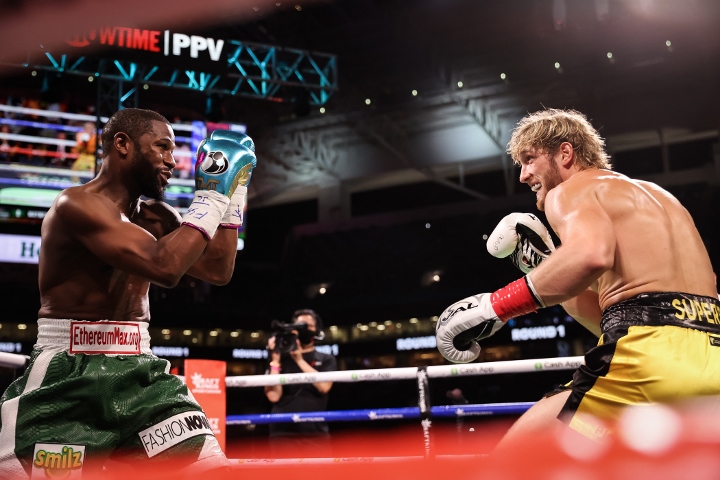 At the Hard Rock Stadium in Miami, the 44-year-old Mayweather returned to the ring and went the full eight round distance with Paul, 26-years-old and significantly bigger.

While still early, industry sources are indicating that Showtime is projecting at least 1 million buys (or slightly more) domestically – which includes cable, satellite, and streaming.

The mad dash to purchase the pay-per-view on Sunday night created server issues, which affected some online consumers who were trying to stream the event on Showtime’s website and app. The network would later issue a statement, indicating that they will offer refunds to anyone who was unable to access the show.

A network source at Showtime confirmed to BoxingScene.com, that Sunday was the biggest single-day of new subscription signups since the launch of Showtime’s streaming service in 2015.

The numbers are not surprising to industry experts, when factoring in Mayweather’s name value and Paul’s tremendous reach of over 56 million followers across his numerous social media platforms.

Showtime is planning to replay the fight on their network this coming Saturday night, at 10:05 PM ET/PT, followed by the “INSIDE Mayweather vs. Paul Epilogue.” The Mayweather-Paul replay will include the four-round exhibition clash between former NFL superstar Chad Johnson and pro boxer/bare knuckle fighter Brian Maxwell.