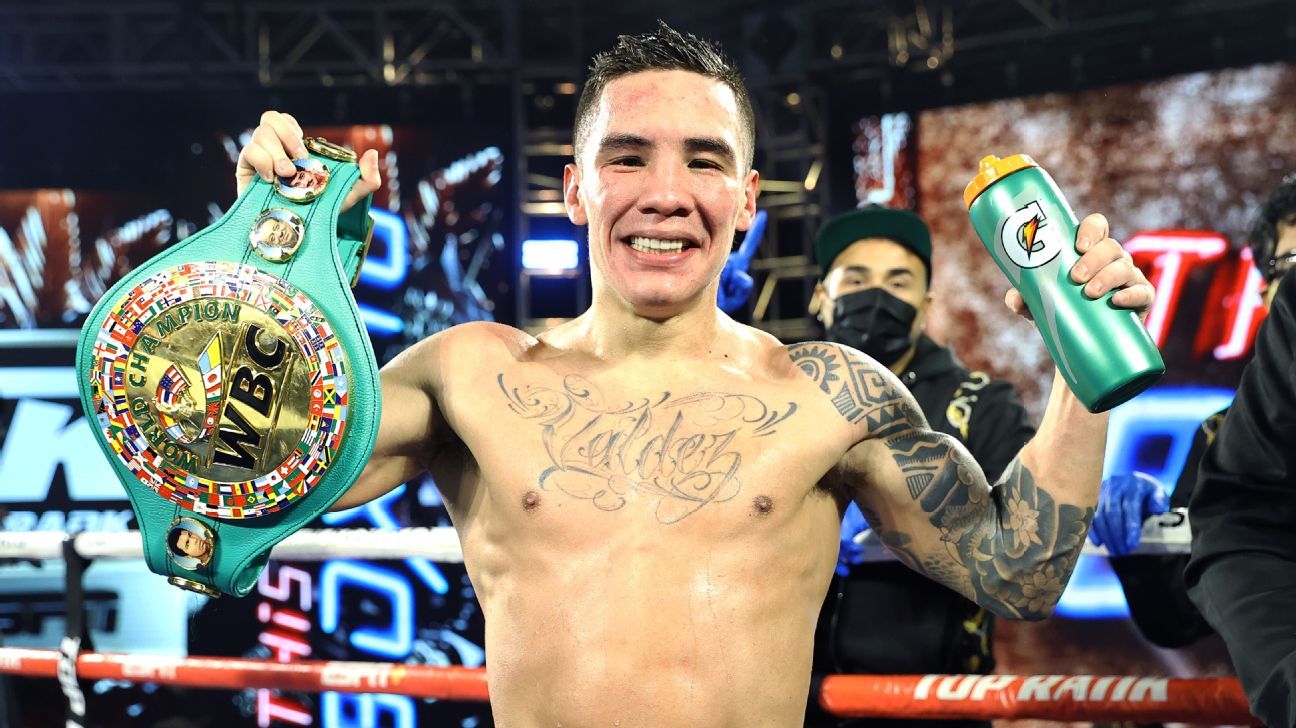 Valdez (29-0, 23 KOs) is coming off a significant upset victory over Miguel Berchelt in February to win the title. He delivered a devastating knockout, one that will likely be a knockout of the year candidate, in a win that launched him to the top of the junior lightweight division.

Since that victory Valdez has been called out by multiple top junior lightweight contenders including Shakur Stevenson who headlines Saturday’s ESPN show vs. Jeremiah Nakathila.

Stevenson (15-0, 8 KOs) told ESPN multiple times this week that Valdez is the fight he wants next saying “Valdez and me is the biggest fight out there at 130. He’s a young hungry lion, undefeated, never lost before. I’m a young hungry lion, also undefeated, never lost before. He’s in his prime. I’m pushing up on my prime. I feel like that has to be next. It’s been a long time coming. What are we waiting for? We are both with Top Rank. It shouldn’t be a hard fight to make.”

But Top Rank, which promotes Valdez and Stevenson, setting Valdez with a September fight against Cancio means Stevenson will not get his wish.

Top Rank is moving ahead with its original plan that vice president Carl Moretti told ESPN which includes Saturday’s winner facing Herring before the end of the year. Arum added Thursday that the paperwork for that Herring-Stevenson bout is already prepared and they are aiming for it to occur in Madison Square Garden this winter.

Stevenson is the mandatory challenger for Herring’s WBO title, and Herring sent a letter to the WBO saying he would fight the winner of this bout instead of vacating his title. Top Rank’s plan is to put Valdez against the winner of Stevenson-Herring, assuming all parties involved continue to win, in a big 2022 ESPN unification fight.

Valdez will face an opponent in Cancio (21-5-2, 16 KOs) who he will be heavily favored to beat but tends to have a knack for making entertaining fights.