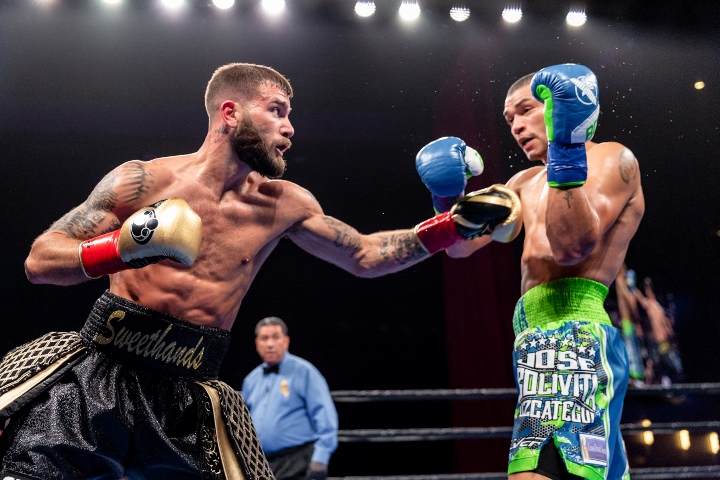 Caleb Plant has a message for those giving him the same shot at upsetting Canelo Alvarez that they gave Billy Joe Saunders.

The unbeaten IBF super middleweight champion contends that he is better at virtually everything than Saunders. He commended Saunders’ performance against Alvarez last month, but Plant promised during an episode of “The PBC Podcast” that Alvarez will have much more difficulty with him if they fight in September.

Plant (21-0, 12 KOs) is confident that he and Alvarez (56-1-2, 38 KOs) will come to an agreement to fight for their 168-pound championships. Barring a draw, their bout, targeted for September 18, would determine the first fully unified champion in the 37-year history of the super middleweight division.

First and foremost, the 28-year-old Plant believes his dedication and professionalism set him apart from Saunders, who was stopped by Alvarez after the eighth round at AT&T Stadium in Arlington, Texas.

“Well, for one, I feel like, you know, I take this sport a lot more serious,” Plant told podcast co-hosts Kenneth Bouhairie and Michael Rosenthal. “We’ve heard Saunders even, you know, tell on himself, saying that he doesn’t train when he doesn’t have fights coming up and, you know, that maybe he doesn’t live the best lifestyle. And anyone who knows me knows how serious I take my training. They know how disciplined I am. They know how much I respect this sport and how much work that I put in this sport.

The right-handed Plant has made three defenses of the IBF belt he won from Venezuela’s Jose Uzcategui (30-4, 25 KOs), who Plant out-pointed in January 2019 at Microsoft Theater in Los Angeles. The Ashland City, Tennessee, native has remained undefeated, though, against a much lower level of opposition than Alvarez has faced on his way to becoming a champion in four divisions.

The left-handed Saunders (31-1, 14 KOs), a two-division champion from Hatfield, England, provided some competitive moments versus Alvarez in their fight for Alvarez’s WBA and WBC championships and Saunders’ WBO belt. Judge Tim Cheatham had Alvarez ahead by only two points through eight rounds (77-75), though judges Max De Luca (78-74) and Glenn Feldman (78-74) both had Alvarez winning six of the eight rounds before their scheduled 12-rounder was stopped.

The 31-year-old Saunders sustained multiple fractures to the orbital bone around his right eye in the eighth round. That injury caused Saunders’ trainer, Mark Tibbs, to stop the fight and required surgery the following day.