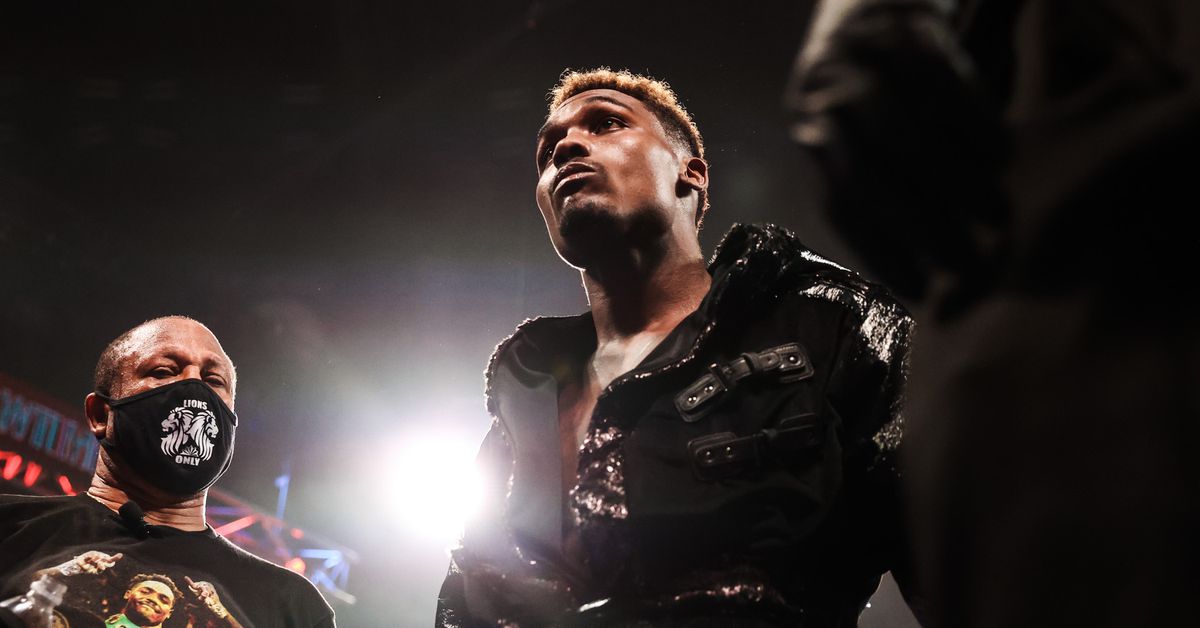 Jermall Charlo is set to defend his WBC middleweight title against underdog Juan Macias Montiel in a Showtime main event on Saturday, June 19.

“There’s no pressure for me. I’m a fighter and pro at what I do. It’s my legacy on the line,” Charlo said at a virtual press conference on Wednesday. “So no matter what, I have to continue to be great. I have the best trainer in the world in Ronnie Shields and I’m so ready for this fight.

“I know Montiel is going to bring a strong challenge and try to knock me out. You put the pressure on yourself that way though. Normally when people talk trash, I lay them out. I’m going to be prepared. My mental has matched up with my physical ability and I’m stronger than ever.”

Montiel (22-4-2, 22 KO) has never won a fight by anything other than stoppage, and is coming off of a first round stoppage win over a shot James Kirkland in December. He was also stopped in two by Jaime Munguia in 2017, but he does have power.

“Montiel is a pressure fighter who fights from both stances. He’s strong with both hands and he’s going to try to fight fire with fire,” Charlo said. “When you’re the world champion, everyone wants to beat you. It doesn’t matter who they put in front of you, because they’re all training their hardest. He’s going to be in shape, but I’m going to be just as fast, strong and smart. My title is on the line, so I have to defend it.

The 27-year-old Mexican challenger says that no matter what anyone else might believe, he doesn’t plan on being an easy out for Charlo.

“Whoever thinks this is an easy fight for Jermall, doesn’t know me at all. That’s like saying a spark can’t light a forest on fire. I’m going to show on June 19 that I’m more than up to the challenge of showing who Juan Macías Montiel is,” he said.

“I don’t see any weaknesses in Charlo’s game. He’s number one for a reason. I’m going to have to fight him to the best of my abilities. He’s at the top of his game and I respect what he brings.”

Montiel added, “I am all about the knockout and that’s what I’m coming for.”

For Charlo, the bigger question most have is about his future, both immediate and longer term. There is still some hope that he might eventually get a unification fight with Gennadiy Golovkin, Demetrius Andrade, or Ryota Murata, though none seem particularly likely.

With those options being less than ideal from a political matchmaking standpoint, there is also the chance Charlo could move up to 168, but he says he’s comfortable at middleweight still — and he believes those big fights will come to him at the weight.

“I’m making 160 lbs perfectly right now. I’m not finished at 160 lbs,” he said. “There are bigger fights ahead of me, though. No matter what happens, those bigger fights are coming. Right now, I’ve got something for Montiel.

Warrington calls out featherweight title rivals
“F**K HIM !!” • Tyson Fury vs Dereck Chisora III • FINAL WORDS BEFORE TRILOGY FIGHT | Boxing
This was WAR! Tyson Fury finishes Dereck Chisora | Legends embrace in the immediate aftermath
Charles Conwell: Skill For Skill, I Feel Like I’m Just As Good Or Better Than [Jermell] Charlo
Tyson Fury On Derek Chisora Fight: “If You Want To Tune In, Watch It. If You Don’t, F–k Off”