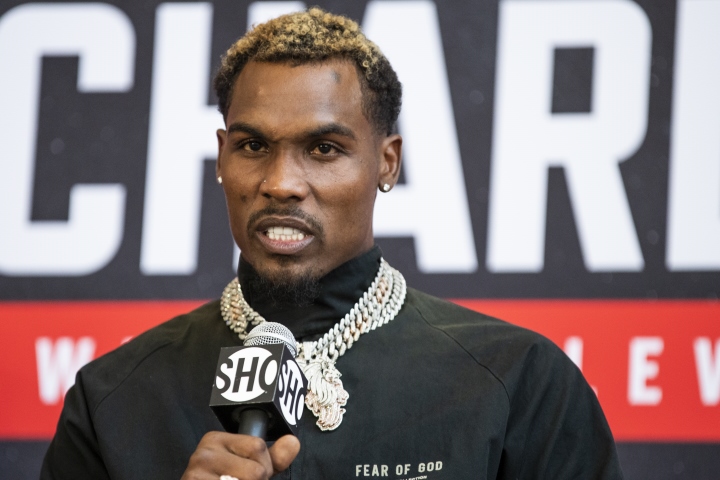 WBC middleweight world champion Jermall Charlo is hoping his upcoming challenger, Juan Macias Montiel, brings on the power when they collide next Saturday night, June 19, from the Toyota Center in Houston. Showtime will televise.

Montiel secured his shot at the title with December’s first round blowout of James Kirkland.

All 22 of Montiel’s wins have come by way of knockout.

The boxer and his handlers have been predicting a potential knockout win – with Montiel claiming that his power will make a big difference in the fight.

But, Montiel was stopped in two rounds by former 154-pound champion Jaimie Munguia in 2017 at welterweight. Montiel had been competing at junior middleweight for several years and moved down to 147 to take that opportunity.

Like Munguia, Charlo also has power in his punches and stopped 22 of 31 opponents inside the distance.

If Montiel wants to trade punches – Charlo is more than willing to embrace those exchanges.

“I know Montiel is going to bring a strong challenge and try to knock me out. You put the pressure on yourself that way though. Normally when people talk trash, I lay them out. I’m going to be prepared. My mental has matched up with my physical ability and I’m stronger than ever,” Charlo said.

“Montiel is a pressure fighter who fights from both stances. He’s strong with both hands and he’s going to try to fight fire with fire. Bring on the power. I want the power. He better be as strong as he’s talking. I want to feel the power. I’ll show you what I do with the power.”

Charlo is coming back from his last ring appearance in September, when he picked up one of the biggest wins of his career with an impressive twelve round decision over Sergiy Derevyanchenko.