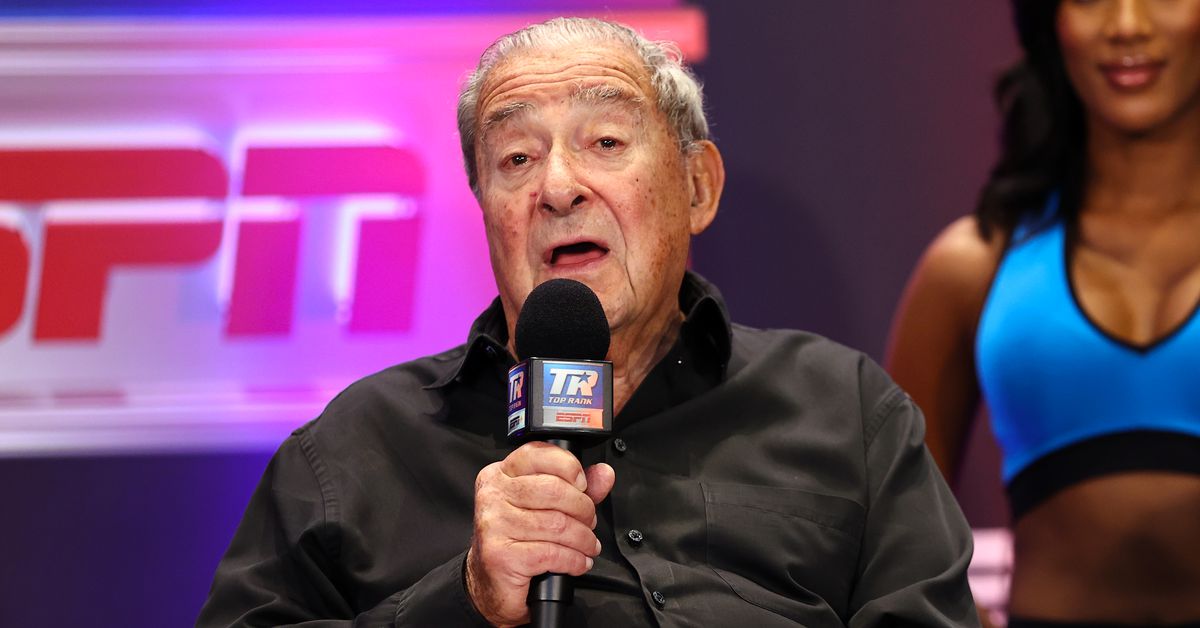 Wizened promoter Bob Arum, the oft-irascible mogul, took some time to clue in Bad Left Hook on some of the upcoming Top Rank fare, including the event topped by Shakur Stevenson, which goes down Saturday night.

Does Arum see Jeremiah Nakathila having a chance in hell to take down Stevenson, who is still looking to secure a career-definer fight which will bring him to the next popularity plateau?

“Nakathila is dangerous, he hits like a motherfucker,” Arum told me. “He’s a big puncher, knocks everybody out, but doesn’t have near the skill set Shakur does. But he’s dangerous.”

Assuming that Shakur gets the expected result Arum “hopes” to make a fight between Stevenson (15-0, 8 KO) and WBO champion Jamel Herring (23-2, 11 KO) in the second half of the year.

How to Watch Stevenson vs Nakathila

That would be an interesting proposition for Shakur, being that Herring is coming off a career-best victory against Carl Frampton. Shakur, the ex-featherweight titlist, would like to add Herring’s WBO 130 lb crown to his collection.

Arum seemed legit jazzed about Saturday’s co-feature offering, a proverbial crossroads battle between Jose Pedraza, a former belt-holder looking to prove he’s not on a down-slide, and Julian Rodriguez, the prospect who has battled through injuries and such, but now maintains he’s well situated to take his career to the next level.

“The semi-final is a good fucking fight,” Arum said. “Pedraza is a top 140, he’s always in good fights, and Julian is undefeated and a tremendous puncher. Is it a 50-50 fight on paper? Yeah, I guess, but I like Pedraza and his experience. But you just can’t write off Julian.”

Arum also hopes people pay some attention to welterweight Xander Zayas, who faces Larry Fryers. “(Zayas is) really coming into his own,” he said. “He’s out-growing divisions, and now going into his man-strength.”

The following week, we have the busiest boxing in Saturday in over a year. ESPN’s card will have Naoya Inoue.

Assuming Inoue gives Dasmarinas his third loss, a rematch with Nonito Donaire is possible, and Arum says it is politically doable.

“Fuck everything politically,” Arum said. “Everything is doable. Just everyone wants to get paid.”

On June 26, Vasiliy Lomachenko re-surfaces against Masayoshi Nakatani, which Arum feels is a “really good fight.” Eyes will be trained on Loma to see how such a supreme talent handles taking an L in his last outing.

“All of ‘em, Ali, all the legends, after losing, who isn’t interested in how they come back from it?” Arum said, before discussing a possible rematch with Teofimo Lopez.

“Let’s find out what happens with Teofimo on June 19, then we’ll figure it out,” said Arum. “I think a rematch between Loma and Teofimo on pay-per-view does a lotta business.”

Virgil Ortiz-Mike McKinson Preview
Rather than unity, the boxing fraternity offers Ringside Charitable Trust a wall of silence
Esparza: I Think A Rematch With Seniesa Estrada Will Be Bigger Than Taylor-Serrano
‘I’m back’: Conlan bounces back, beats Marriaga
Boxing TV schedule for Aug. 11-13