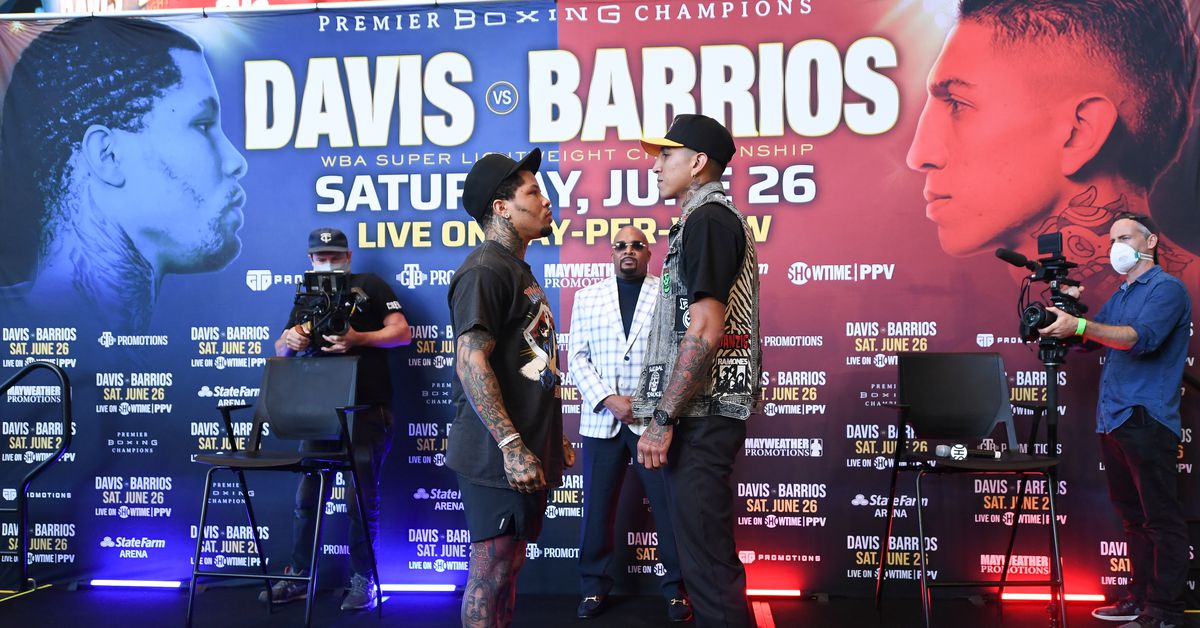 With Showtime’s June 26 PPV approaching, headlined by Gervonta Davis jumping up to 140 to face secondary titleholder Mario Barrios, the network releases their first installment of All Access, going behind the scenes with both fighters as they prepare for the bout.

The opening episode begins with Tank and his team discussing their aspirations behind making the move up to 140lbs for this fight.

“I’ve been through what I’ve been through in my past,” said Davis. “I never had a family, I never had a perfect family. To be honest, I fell in love with (trainer) Calvin (Ford) like as far as a father figure, not as a coach. It’s a point where I’m not just doing this for myself, I’ve always been a team player so when it’s time I know how to focus.”

A short time later we get a glimpse into Barrios’ training camp where Barrios claims he draws inspiration from his family and loved ones. Showtime takes a quick glimpse back on Barrios’ rise to becoming a titleholder before jumping into the gym with Barrios and trainer Virgil Hunter.

“A victory over Gervonta Davis, it would mean everything to my career,” said Barrios. “He has one of the biggest names in boxing. This is the type of fight that has the magnitude to really propel my name to superstardom.”

Watch the the full opening episode in the video above.