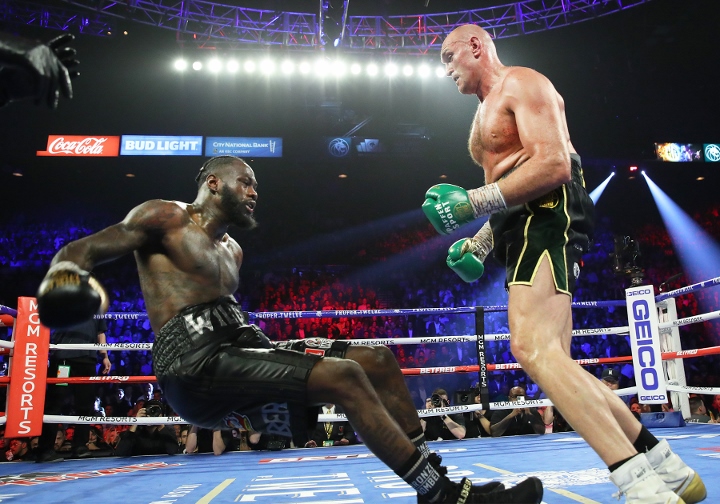 Bob Arum doesn’t expect a new head trainer or anything else to enable Deontay Wilder to avenge his only professional defeat.

Arum anticipates another knockout victory for Tyson Fury in his third fight with Wilder. The heavyweight rivals will fight again July 24, when Fury will defend his WBC belt for the first time in an ESPN/FOX Sports pay-per-view main event at T-Mobile Arena in Las Vegas.

“I think it’s an interesting fight,” Arum, whose company co-promotes Fury, told a group of reporters after the Shakur Stevenson-Jeremiah Nakathila press conference Thursday in Las Vegas. “I think there’s one winner, and that’s Tyson Fury. And I think he’s gonna knock Wilder on his ass quicker this time than he did last time.”

The 6-feet-9, 270-pound Fury floored Wilder twice in their rematch, a one-sided fight he won by seventh-round technical knockout in February 2020 at MGM Grand Garden Arena in Las Vegas.

England’s Fury (30-0-1, 21 KOs) dropped Wilder with a right hand that Wilder contended landed on the back of his head in the third round. A body shot by Fury also sent Alabama’s Wilder (42-1-1, 41 KOs) to the canvas in the fifth round.

Wilder’s former assistant trainer, Mark Breland, threw in the towel in the seventh round to prevent Wilder from taking too much punishment.

Though their rematch wasn’t nearly as competitive as their first fight, which resulted in a 12-round split draw in December 2018, Arum has been pleasantly surprised by the public’s response to the scheduling of their third fight.

“The reception for this fight has been greater,” Arum said, “than the reception that they had [for] February 22nd of last year.”

The Fury-Wilder rematch generated $16.9 million in ticket revenue, a record for a heavyweight fight in the state of Nevada. Arum anticipates similar gate receipts from their third fight.

“I have never seen any feeding frenzy for tickets like this fight,” Arum said. “We haven’t even gone on presale, and we’re practically sold out. So, in a funny way, this fight may do better than their last fight because I think people are starved for a big attraction. And because Tyson has spent so much time in the United States, he’s almost being accepted as an American, Las Vegas fighter.”

Fury-Wilder III will be officially announced at a press conference Tuesday at The Novo by Microsoft at L.A. Live in Los Angeles.