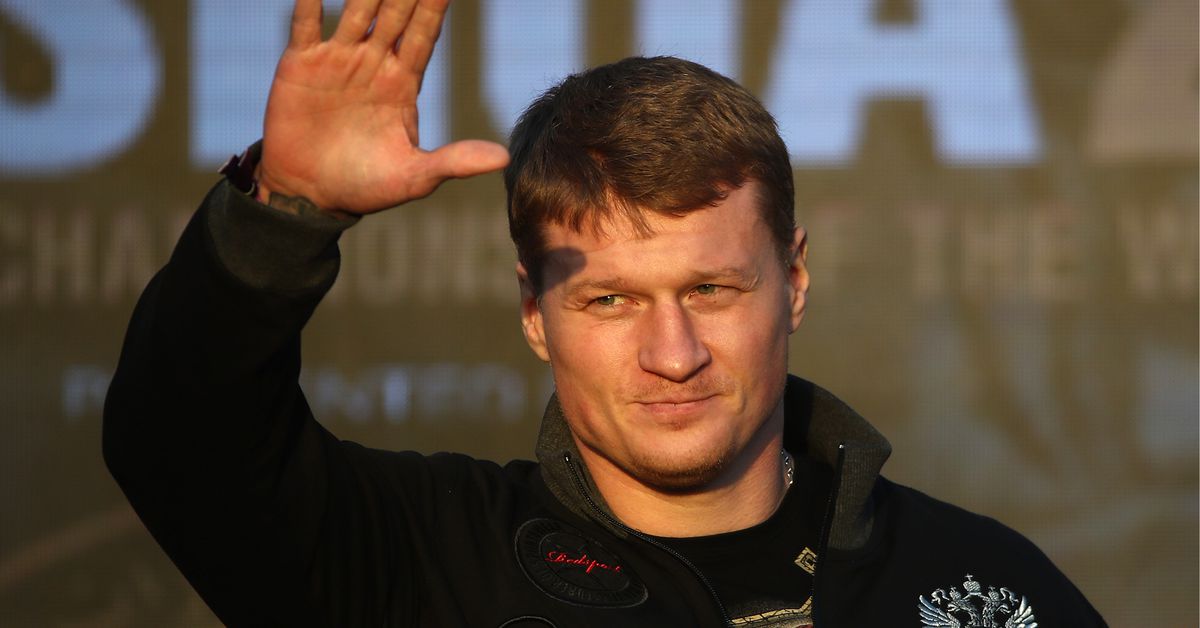 Alexander Povetkin has announced his retirement from boxing at age 41, ending a 16-year pro career that saw him considered a serious contender most of the way, though he never was recognized by the majority as a world champion.

The veteran fighter announced the retirement on his Instagram account, leaving the sport with a 36-3-1 (25 KO) record.

Povetkin was a standout amateur for Russia, winning gold medals at several tournaments, including the 2002 and 2004 European Championships, the 2003 World Championships, and the 2004 Olympics in Athens as a super heavyweight. He turned pro in June 2005, fighting mostly in Germany in the first seven years of his career.

In 2011, Povetkin won the WBA’s secondary “world” (“regular”) heavyweight title, beating Ruslan Chagaev for the vacant belt via decision in Erfurt. It came years after he’d won an IBF eliminator tournament with victories over Chris Byrd and Eddie Chambers in 2007 and 2008, respectively, after which he never exercised a shot at one of the belts held at the time by Wladimir Klitschko.

Indeed, Povetkin never did win one of the four major recognized world titles, only that WBA secondary version, which he held from 2011-13, when he finally did fight Klitschko, who held the WBA, IBF, and WBO titles. In all truth, it was one of the most brutally ugly fights in memory, a complete bore where Povetkin went down four times in total, yet somehow the fight completely lacked drama or intrigue.

Povetkin tried to be aggressive, and found himself constantly in the clutches of Klitschko, who had one of the worst performances of a period in boxing where he dominated, but also took harsh criticism from fans and media because of his oft-boring style, which featured holding, pushing, leaning, and shoving in abundance when he fought Povetkin, who lunged his way inside but couldn’t actually do anything once there.

Povetkin did remain a contender, as he had been for years. He scored eight straight wins before his next world title fight, which saw him challenge Anthony Joshua in 2018 at Wembley Stadium, for the same three belts Klitschko had held years before. Running into a new era of giant heavyweights, Povetkin had his moments but was stopped in the seventh round.

Post-Joshua, Povetkin was up and down. He beat Hughie Fury in Aug. 2019, then went to a disputed draw with Michael Hunter in December of that same year. He scored a shock upset of Dillian Whyte in 2020, a fight where Povetkin had been down twice in the fourth round, then provided his greatest career highlight, a stunning and monstrous fifth round knockout:

After a battle with COVID that may have really ended his career before he ever announced his retirement, Povetkin finally faced Whyte in a rematch on March 27 in Gibraltar, a fight that had been delayed multiple times.

This time, Povetkin looked flat, weak, and well otu of his depth. Whyte stopped him in the fourth round, having fully dominated the fight, and there were sincere questions of whether Povetkin should go on. Now, he’s announced he will not.

He did have controversies along the way, chiefly a canceled 2016 fight with then-WBC titleholder Deontay Wilder, where Povetkin failed a drug test ahead of the bout scheduled to take place in Moscow. Povetkin had tested positive for meldonium, which his team said he’d taken before the substance was banned, but ultimately the fight was canceled, as was a fight for the interim WBC title between Povetkin and Bermane Stiverne set for later in 2016, where first Stiverne failed a drug test, and the Povetkin failed one for ostarine.

In March 2017, Povetkin was fined $250,000 and banned indefinitely by the WBC; in this case, “indefinitely” meant nine months, not even the year they originally said he’d have to wait to re-apply to be sanctioned again.

The records in and out of the ring are hardly spotless, but while Povetkin never did quite reach the highest of highs, he leaves the boxing game with a better run than a lot of people who were fully recognized world champions. And by the time he got around to fighting Anthony Joshua and later knocking out Dillian Whyte, most people had functionally forgotten the doping scandals, either by choice or just a lot more disinterest in the subject than they insist they have when the reports are fresh, just as they have with many other fighters over the years, from Roy Jones Jr to Canelo Alvarez and many before, after, and in between.

In the ring, Povetkin was consistently in the title picture in the heavyweight division for almost his entire professional career, but he entered at a time when Wladimir Klitschko and then Wladimir and returned brother Vitali were manhandling the field, and started to wrap up once Tyson Fury, Joshua, and Wilder had taken over.

Parker: I’ve Wanted To Fight Ryder In Same Sense I Want To Fight All The Top Super Middleweights
Curtis Harper: I’m Gonna Go Toe-To-Toe With Jalolov & Do My Best To Take Him Down
Media Review: Boxing’s scheduling clashes are no good for anyone
BN Preview: Dillian Whyte goes back to square one against the unbeaten Jermaine Franklin
Charles Conwell: Skill For Skill, I Feel Like I’m Just As Good Or Better Than [Jermell] Charlo