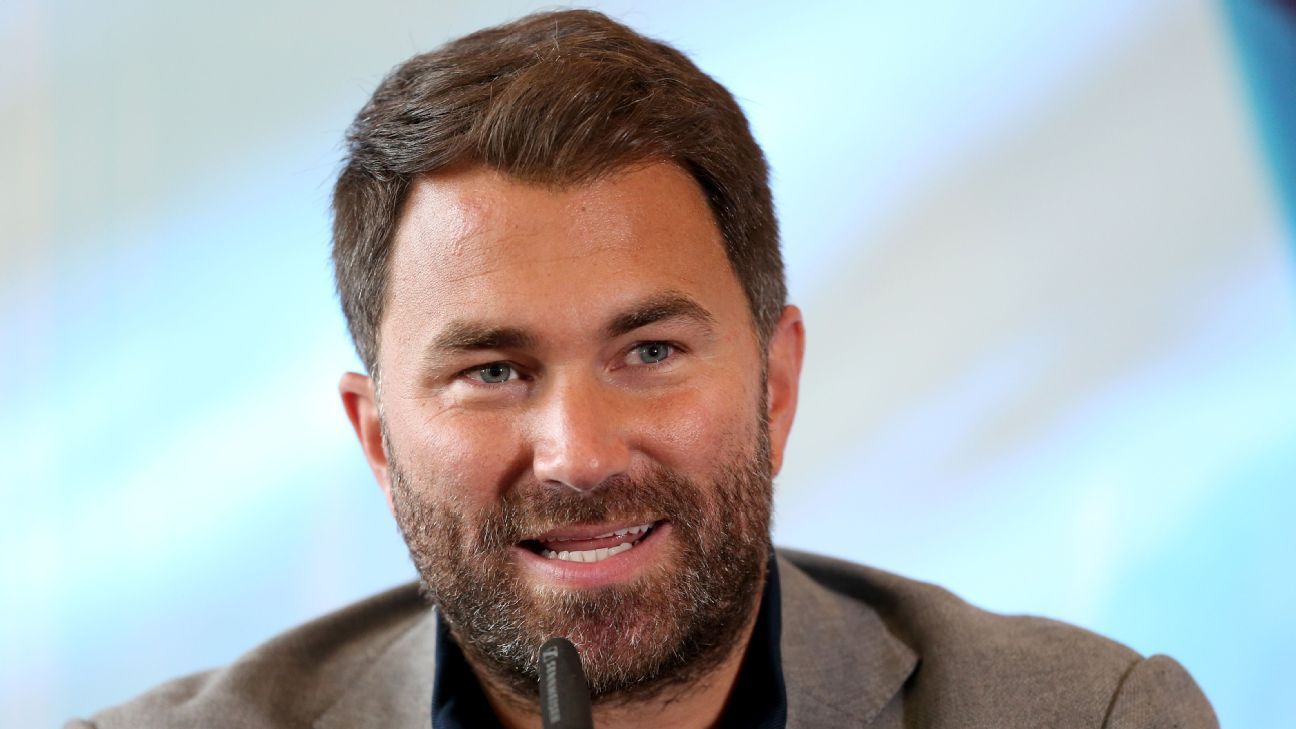 Promoter Eddie Hearn has announced he will host three events on back-to-back Saturdays in July in August in the garden of the company’s headquarters in Essex, England, with a world featherweight title fight between James ‘Jazza’ Dickens and Kid Galahad on the bill.

Matchroom hosted events at the company’s garden last August due to restrictions to stop the spread of coronavirus, he has taken the decision to continue hosting events there.

Hearn announced a new five-year deal to show Matchroom boxing events in the United Kingdom with streaming service DAZN earlier this month, ending a long relationship with Sky Sports in the U.K.

“We need to put Conor in competitive fights against opponents who come to win,” Hearn told Matchroom’s YouTube channel.

Galahad (27-1, 16 KOs) and Dickens (30-3, 11 KOs), from Sheffield and Liverpool respectively, face each other for the vacant IBF world featherweight title on Aug. 7. Galahad was defeated on points by English rival Josh Warrington two years ago, but gets a second title shot after Warrington’s shock stoppage loss to Mauricio Lara in a non-title bout earlier this year.

Dickens last fought for a world title five years ago, when he suffered a broken jaw and could not continue after two rounds against Cuban Guillermo Rigondeaux for the WBA super bantamweight title.

“They have boxed before and it was nominated as a fight of the year contender,” Hearn said. “People talk about will their styles gel, they did in the first fight. If you take a piece of the world title in that division you are catapulted into mega money and mega fights so it’s a huge opportunity for them both.”

Croatian heavyweight Alen Babic, who has stopped all seven opponents so far, faces England’s Mark Bennett (7-1) on the same bill.

Ghana-born, London-based Buatsi, who won a bronze medal at the 2016 Olympics, is ranked No. 2 with the WBA, No. 3 with the IBF and No. 4 with the WBC world governing bodies.

“People have been calling for a step up for Joshua Buatsi for a long time and this is the moment,” Hearn added.

“Josh has had one fight under [trainer] Virgil Hunter and this is the time for him to make a statement.”

Hearn said each event will have 300 spectators.

Chisora: I Think Fury Was A Better Fighter When I Last Boxed Him; I’m Better Now
Breaking down the trilogies: Who has the edge in Fury-Chisora and Chocolatito-Estrada?
Michel Rivera Explains Why He’ll Beat Frank Martin on December 17
Kim Clavel-Jessica Nery Plata WBC/WBA Unification Bout Rescheduled For Jan. 13
“Honestly it’s one of the best things I ever did.” 😊 Amir Khan is loving life outside of the ring